President Donald Trump has made building some 450 miles of wall on the U.S.-Mexico border a defining issue of his presidency, and long vowed that Mexico would pay for it.

So, naturally, with Trump hosting Mexico’s President Andrés Manuel López Obrador at the White House for the first time on Wednesday, it would seem the issue would be high on the agenda.

But White House press secretary Kayleigh McEnany had little to say when asked during a press briefing if the wall — and Trump's insistence that Mexico cover the running construction tab — came up as the two leaders huddled. 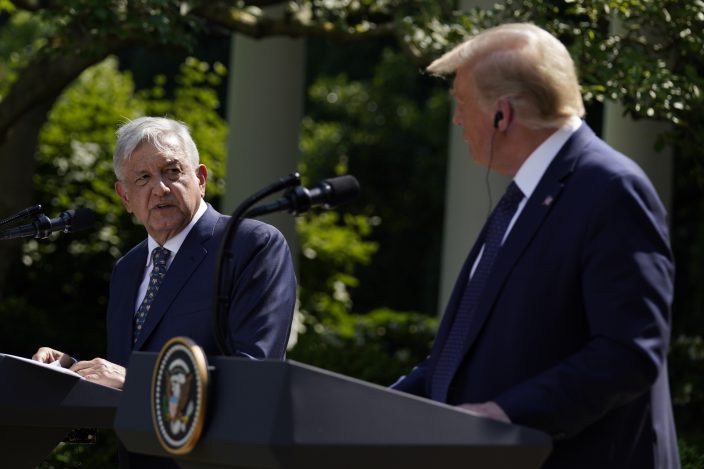 “That discussion did not come up when I was in the room,” she said.

Trump has repeatedly falsely asserted that Mexico is paying for ongoing construction of the wall.

Lopez Obrador’s predecessor, Enrique Peña Nieto, plainly stated in a May 2018 Twitter posting: “Mexico will NEVER pay for a wall. Not now, not ever. Sincerely, Mexico (all of us).” 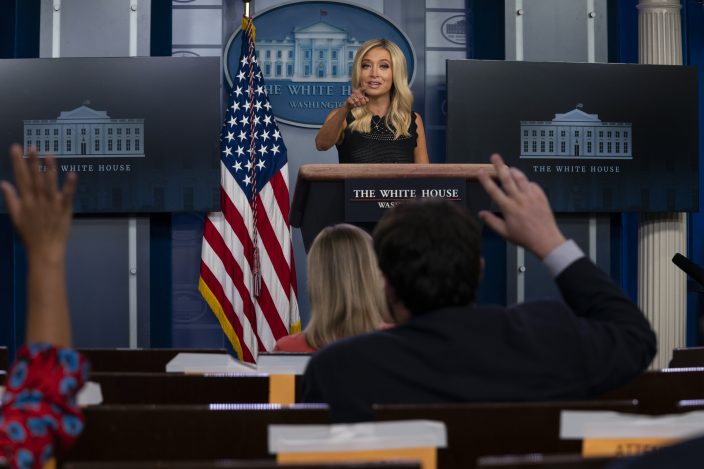 The money is coming from today’s U.S. taxpayers and the future ones who will inherit the federal debt. In February, the Pentagon announced that it was slashing billions of dollars for Navy and Air Force aircraft and other military programs to divert money to the construction of the wall.

At moments during his presidency, Trump has sought to offer a creative argument for how Mexico is paying for the wall.

One argument centers on the idea that the U.S.-Mexico-Canada trade agreement — which Lopez Obrador was at the White House to celebrate — would stimulate enough extra growth over the years to cover the cost. But even if that happens, something that many trade experts eye with skepticism, the wall will have cost the U.S. money that it could have used for something else.