Venezuelan President Nicolás Maduro is increasingly moving to sideline the opposition led by U.S.-backed lawmaker Juan Guaidó. A string of recent court rulings dismantling three influential opposition parties along with growing citizen disillusionment — not to mention the coronavirus pandemic — have thrown a new wrench in the opposition’s efforts to oust Maduro.

WHAT DOES THIS MEAN FOR THE OPPOSITION GOING FORWARD?

Over the last month, Venezuela's government-stacked Supreme Court has ordered the takeover of three dominant opposition parties. The magistrates have picked new leaders for each party’s board of directors — all of whom are suspected of being covert Maduro loyalists. 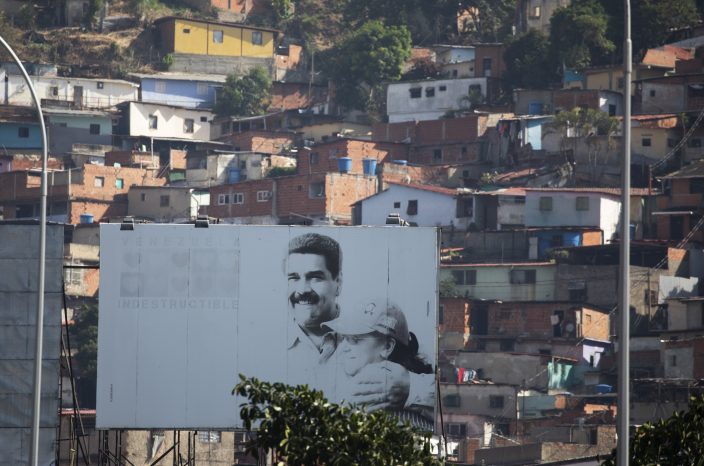 A billboard, backdropped by the Catia neighborhood, promotes an image of Venezuelan President Nicolas Maduro and first lady Cilia Flores in Caracas, Venezuela, Saturday, May 23, 2020. Bruised by years of economic calamity and more recently by U.S. sanctions, Maduro appealed for international help to deal with the new coronavirus pandemic in March even before the country’s first confirmed case. (AP PhotoAriana Cubillos)

Though the appointees once belonged to opposition parties, they were kicked out, accused late least year of taking bribes from Maduro allies to support the socialist government and undermine Guaidó. The banned opposition members deny the accusations against them.

Guaidó, whose Popular Will party is among those affected, and other opposition leaders say the Supreme Court’s actions will not halt their efforts to get Maduro out. They are vowing to continue working under the same parties.

Nonetheless, the court-named leaders are expected to carry out activities including campaigns under the name of the opposition parties. 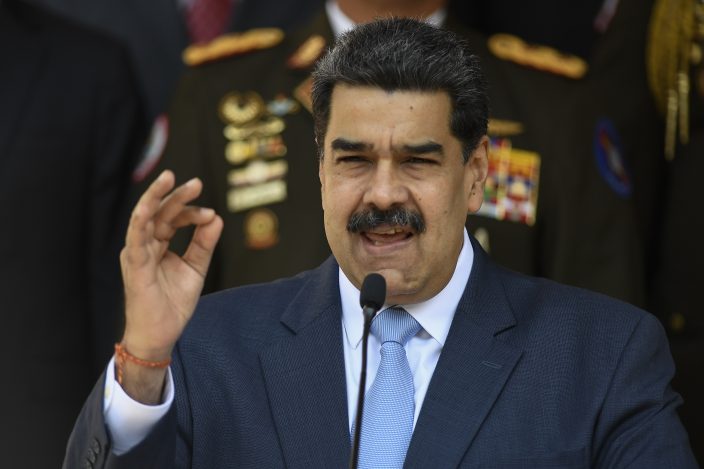 FILE - In this March 12, 2020 file photo, Venezuelan President Nicolas Maduro speaks during a press conference at the Miraflores Presidential Palace in Caracas, Venezuela. A British judge on Thursday July 2, 2020, refused to give Venezuela control of over $1 billion in gold sitting in a Bank of England vault, ruling that it is unlawful to give it to the President Nicolas Maduro since Britain does not recognize him as the president. Maduro has demanded the gold to help his cash-starved nation fight the coronavirus pandemic. (AP PhotoMatias Delacroix, File)

HOW DOES THIS AFFECT THE UPCOMING VOTE?

The now-removed opposition party leaders had signaled in advance that they would not participate in the Dec. 6 legislative election. The new appointed leaders say they will.

This means that when voters go to the ballot box later this year, they will likely see the names of the traditional opposition parties — and may not know that they are now represented by people the opposition claims are “traitors.” 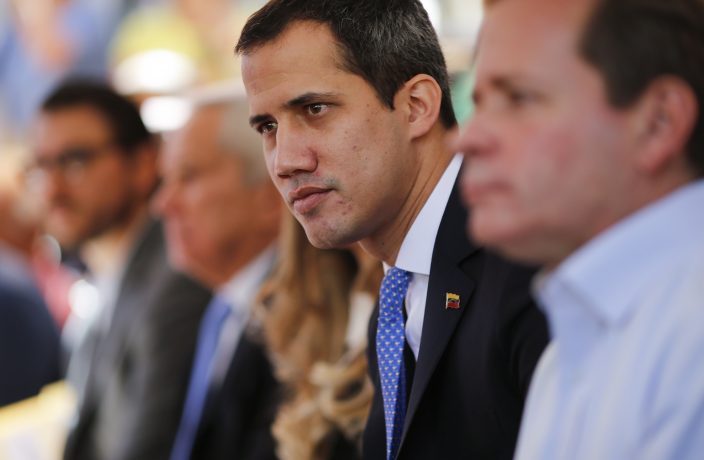 FILE - In this Feb. 21, 2020 file photo, opposition leader Juan Guaido meets with union workers and supporters in Caracas, Venezuela. A British judge on Thursday July 2, 2020, refused to give Venezuela control of over $1 billion in gold sitting in a Bank of England vault, ruling that it is unlawful to give it to the President Nicolas Maduro since Britain does not recognize him as the president. Maduro has demanded the gold to help his cash-starved nation fight the coronavirus pandemic. (AP PhotoAriana Cubillos, File)

“It’s an effort of Maduro’s administration to try and confuse things, pretend these parties are willing to participate,” said Diego Moya Ocampos, a political risk analyst.

The move is one of several in recent years taken by Maduro-aligned institutions that stifle the chance of holding a free and fair vote. Maduro’s 2018 re-election was widely criticized, in part because several popular opposition members were barred from running.

While there had been hopes of negotiating a new, more impartial National Electoral Council, the Supreme Court recently went ahead with appointing a board that is once again tilted in the socialist leader’s favor. 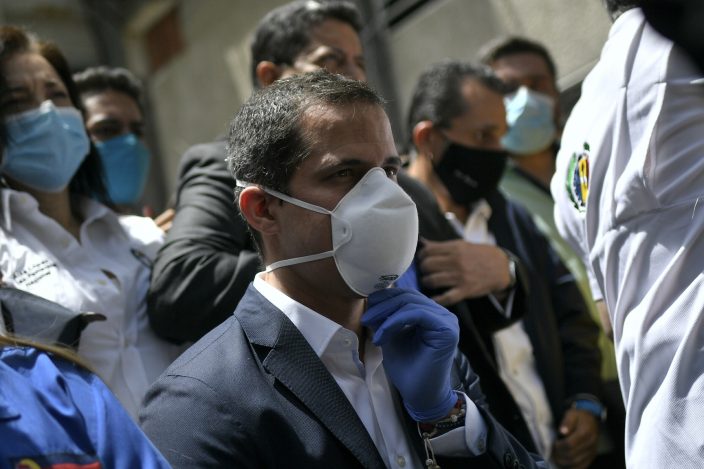 WHY IS THE NATIONAL ASSEMBLY VOTE IMPORTANT?

The National Assembly is the only branch of Venezuela’s national government that remains under the opposition’s control. If Maduro were to succeed in packing it with his allies, critics fear it would essentially mark the end of democratic participation in government.

The legislature is already largely powerless, their rulings annulled by the Supreme Court. But it is one of the opposition’s few remaining platforms, and the means through which they have gathered powerful international support.

Guaidó claims that under the constitution, he as National Assembly president, is Venezuela’s interim leader because Maduro’s re-election was fraudulent. Thus far, Guaidó’s faction has not officially announced whether they will participate in the elections.

Venezuela analysts think that if the opposition abstains, its leaders may still claim they are the nation’s legitimate legislature in 2021 — creating a system of dueling congresses, much like the dual claims to the presidency.

WHAT DOES THIS MEAN FOR VENEZUELA'S FUTURE?

Giving additional power to a small minority faction aligned with Maduro could have wide implications for Venezuela going forward.

The maneuverings indicate Maduro is trying to create a one-party system, allowing only small opposition parties that are in practice more like loyalists, said David Smilde, a senior fellow at the Washington Office on Latin America.

Allowing some dissenting voices would create some semblance of democratic participation, though they would remain on the margins.

“It’s a very grim situation for the opposition,” Smilde said.

While the United States — Guaidó’s key ally — may continue to back his claim to the presidency, other international governments could begin to question that if he does not participate in the elections and his term as a congressman expires.

Guaidó’s popularity in polls has also declined, a sign of the growing disenchantment many Venezuelans feel. Combined with the coronavirus pandemic, it would be difficult for the opposition to regain steam and draw thousands to the streets.

“It’s hard to know how to stop this trajectory,” Smilde said. “The world is not in a position where they are going to intervene in Venezuela or pay that much attention to it.”