Flooding and mudslides have stranded hundreds of people in scenic hot springs and hiking areas in central Japan, while rescue workers searched on Thursday for more people missing in the disaster that already has killed nearly 60 people in a southern region.

Parts of Nagano and Gifu, including areas known for scenic mountain trails and hot springs, have been flooded by massive downpours.

More than 300 people, including hotel employees and visitors, were trapped in Kamikochi, as floods and mudslides hit a main road connecting the town to Matsumoto, another tourist destination in Nagano. All of the stranded people were safe, prefectural officials said. 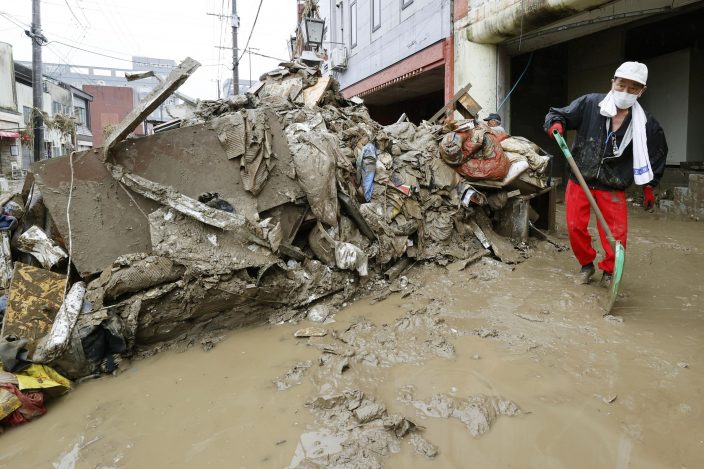 A man tries to shovel mud out from a building affected by a heavy rain in Hitoyoshi, Kumamoto prefecture, southern Japan Thursday, July 9, 2020. Pounding rain spread to central Japan and triggered mudslides. (Kyodo News via AP)

In neighboring Gifu, hundreds were also isolated in the hot spring towns of Gero and Ontake.

As of Thursday morning, the death toll from the heavy rains which started over the weekend had risen to 59, most of them from hardest-hit Kumamoto prefecture on Japan's third largest island of Kyushu. Searching continued for 14 still missing in Kumamoto.

Hundreds of thousands of people were in areas under evacuation advisories, but leaving wasn’t mandatory and the number who sought shelter was not known. 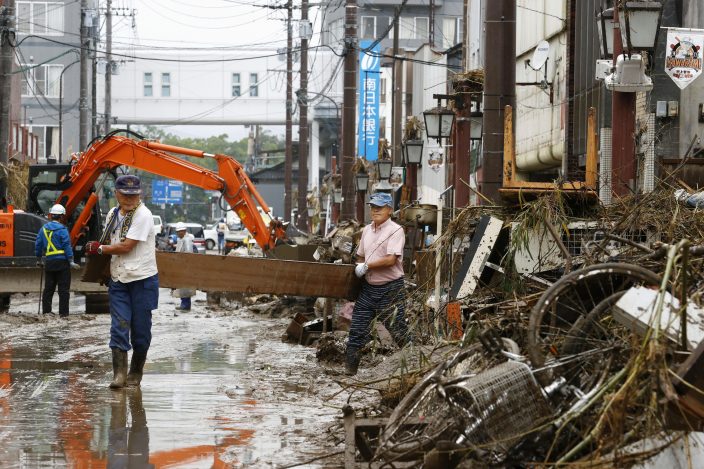 Japan is at high risk of heavy rain in early summer when wet and warm air from the East China Sea flows into a seasonal rain front above the country. In July 2018, more than 200 people, about half of them in Hiroshima, died from heavy rain and flooding in southwestern Japan. 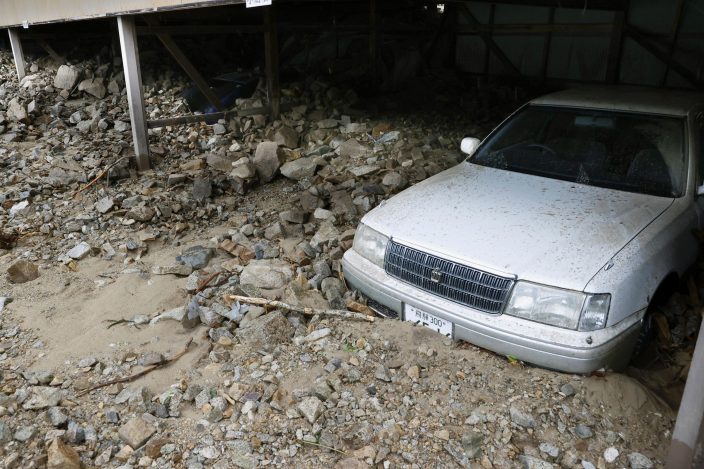 Coach Rick Bowness is encouraged b ...

Death toll from flooding in Japan rises to 50, dozen missing