An Australian state has closed its doors to people fleeing a second lockdown in Australia’s second-largest city.

Queensland Health Minister Steven Miles said on Thursday that a number of people were willing to pay for their own 14-day hotel quarantine to be allowed to escape Melbourne and other parts of Victoria state that began a six-week shutdown Wednesday because of an expanding coronavirus outbreak.

Miles said from Friday anyone who has been in Victoria in the previous two weeks would be banned except for Queensland residents coming home and few other exceptions. 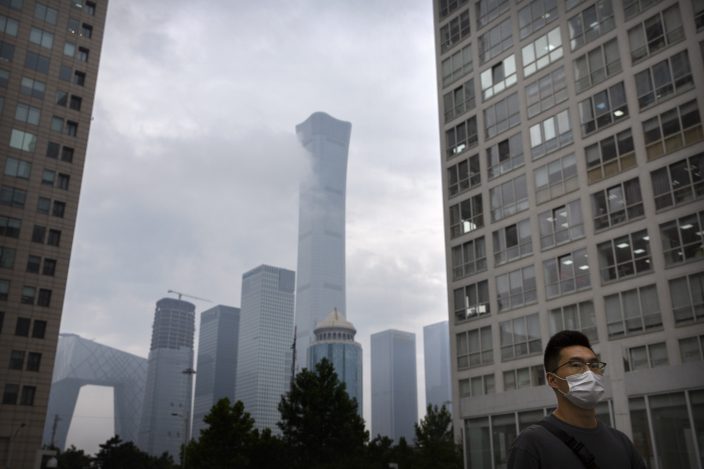 A man wearing a face mask to protect against the spread of the new coronavirus walks through the central business district in Beijing, Thursday, July 9, 2020. (AP PhotoMark Schiefelbein)

“We need to reserve hotel accommodation for people who need to be quarantined ... so we will be much stricter,” Miles said.

“That will mean some very hard decisions. There will be people who have very good reasons to travel to Queensland and while there will continue to be compassionate grounds, hardship considerations,” but the rules would be strictly applied, he added. 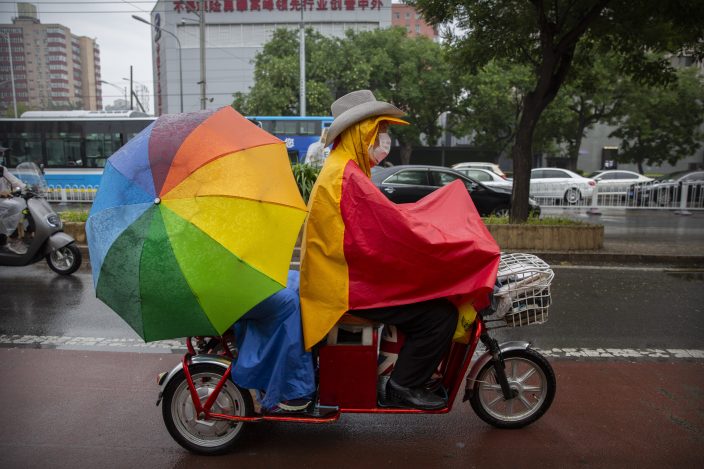 A man wearing a face mask to protect against the spread of the new coronavirus rides a scooter in the rain in Beijing, Thursday, July 9, 2020. (AP PhotoMark Schiefelbein)

— Indonesia’s resort island of Bali reopened after a three-month virus lockdown Thursday, allowing local people and stranded foreign tourists to resume public activities before foreign arrivals resume in September. Beaches and streets on the island emptied in early April except for special patrols to ensure virus-containment protocols were observed. Authorities restricted public activities, closed the airport and shuttered shops, restaurants and many other places. The governor said the island will gradually reopen shuttered places to locals and stranded foreigners. Indonesians from other parts of the country will be allowed to visit starting July 31 and new foreign arrivals on Sept. 11.

— South Korea has reported 50 new cases of the coronavirus as new clusters emerge across the country. Nineteen new cases announced by South Korea’s Centers for Disease Control and Prevention were from the Seoul metropolitan area, while 15 were from the southern city of Gwangju. Twenty-two of the new cases were linked to international arrivals as COVID-19 continues to spread globally.

— China on Thursday reported nine cases brought from outside the country and none domestically amid growing signs the virus has been essentially contained in the nation where it emerged late last year. China saw its last localized outbreak in the capital Beijing last month. The near elimination of local virus transmission has allowed the reopening of most businesses and resumption of some social activities. Sports, tourism and cultural activities are slowly starting to return, although masks are obligatory and proof of health is required at many venues. 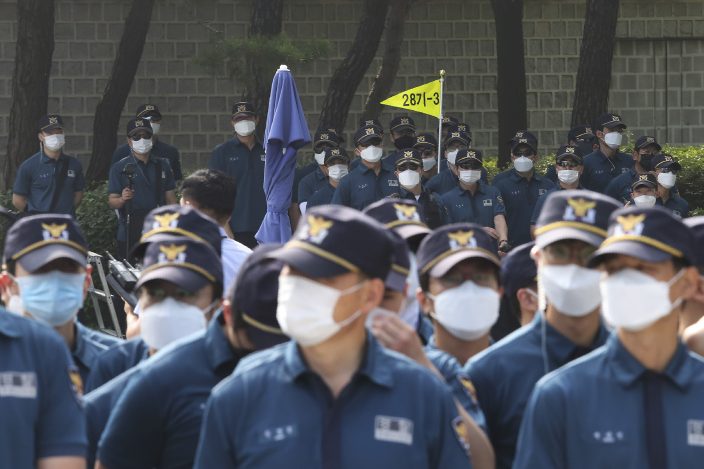 The government of Mexico City will ...

Asia Today: Sources of many cases in Victoria untraceable

Asia Today: Manila back under lockdown as virus cases surge