Preparing to complete a ninth Serie A campaign without winning the Scudetto, AC Milan decided returning to the pinnacle of football required a new approach.

Jay-Z’s entertainment agency Roc Nation is at the center of it, linking up with Milan to scour the world for sponsors and use concerts and other high-profile events to attract new fans.

And who better to ask about how to end a title drought than the team that just won its league for the first time in 30 years? 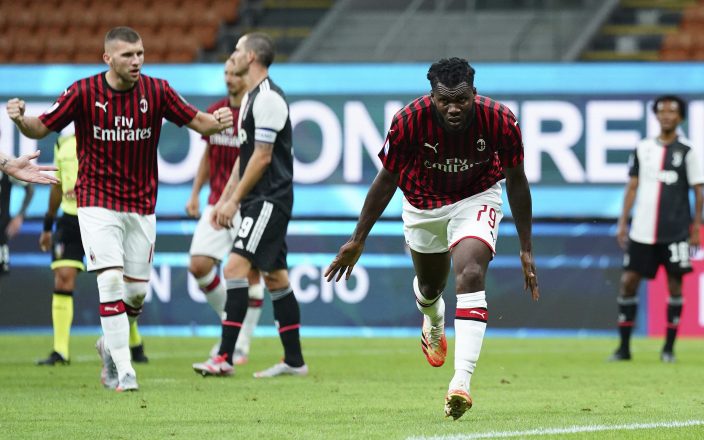 “We have been talking to Liverpool,” Milan chief revenue officer Casper Stylsvig told The Associated Press, “because they’ve been through the same path as we are going through now.”

Milan is enduring its longest Serie A drought since the 1980s. Despite beating leader Juventus on Tuesday, even the top four Champions League places are out of reach in this pandemic-delayed season. It’s been seven years since Milan last competed in Europe’s elite competition.

“We’re working very hard to get back to where we should be, and from that perspective, it does help open doors when you have won seven Champions Leagues,” Stylsvig said. “Playing European football is top of the agenda. It is our natural habitat and somewhere we should be.” 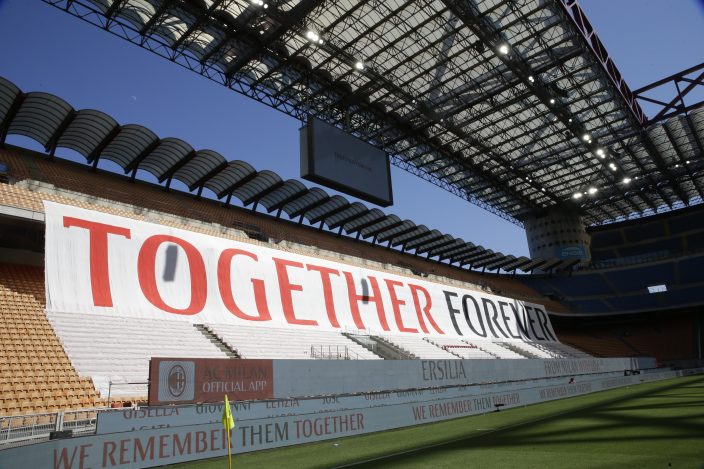 A giant banner is displayed during the Serie A soccer match between AC Milan and Roma, at the San Siro Stadium in Milan, Sunday, June 28, 2020. It was Milan's first home match since the lockdown and the team put up a huge banner along one side of the empty San Siro stadium that read “Together Forever,” dedicated to coronavirus victims. The Lombardy region of which Milan is the capital was the hardest hit area in Italy with more than 16,000 deaths. (AP PhotoLuca Bruno)

Only Real Madrid has lifted the European Cup more often than Milan. But that seventh title was won 13 years ago, by beating Liverpool.

Now Liverpool is the lodestar for Milan, which has fallen to 21st in the Deloitte ranking of football’s moneymakers with revenue of 206.3 million euros ($234 million) in the last financial year, a third of income at the newly crowned Premier League champions.

“Four, five years ago, no one considered Liverpool and see where they are now,” Stylsvig said. “They obviously play very attractive football. They are winning, they have a fantastic manager, a fantastic team and now they are following suit from a commercial perspective. It has taken time, but their model seems to work.” 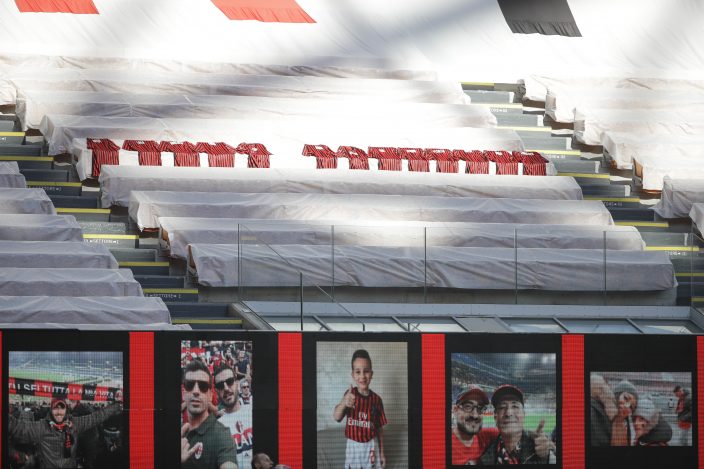 Jerseys to honor the victims of COVID-19 are placed in the stands during the Serie A soccer match between AC Milan and Roma, at the San Siro Stadium in Milan, Sunday, June 28, 2020. It was Milan's first home match since the lockdown and the team put up a huge banner along one side of the empty San Siro stadium that read "Together Forever," dedicated to coronavirus victims. The Lombardy region of which Milan is the capital was the hardest hit area in Italy with more than 16,000 deaths. (AP PhotoLuca Bruno)

Liverpool has been run for a decade by John Henry’s Fenway Sports Group. Milan has also had American ownership for three years since the takeover by the Elliott Management hedge fund.

“We are obviously a global brand,” Stylsvig said in a telephone interview. “I’ve probably been talking too much in the Italian market in the last few years and (the coronavirus) sort of pushed us to think more global again.”

The pandemic that shut down sports produced the first public manifestation of the partnership with Roc Nation when Milan staged a live virtual fundraising concert headlined by Alicia Keys.

“I do think merging sport and entertainment could be the way of engaging new fans,” Stylsvig said. “The world has changed dramatically and we need to follow suit. Roc Nation is helping us, challenging us with that, having someone on the sideline to do that.”

The biggest audiences logging in to watch “From Milan with Love” were from China and the United States.

With no games being played during the three-month Serie A shutdown — and crowds still prohibited from matches — Milan has had to find new ways of connecting with its fan base and fulfilling commercial deals.

“It’s been incredibly challenging,” Stylsvig said. “You basically have to rethink the model. So one of the first things we did was focusing much more on a digital space, creating content and trying to be engaging and trying to talk to our partners.”

Further down the line is moving into a new stadium, with plans to rebuild the San Siro it shares with Inter Milan.

“That will change the club," Stylsvig said. “The revenues are incredibly important but also for the perception of the club.”

Hamilton fastest ahead of F1 qualifying at Silverstone

Lewis Hamilton was fastest in fina ...