Armed only with a knife, Issa Tamboure was no match for gun-wielding jihadists who attacked his village in northern Burkina Faso in March.

So Tamboure, 63, rounded up his family — including his 13 children — and ran, eventually reaching a camp for people displaced by violence.

But Tamboure was not a typical civilian fleeing the extremists linked to al-Qaida and the Islamic State organization who have been dramatically escalating their attacks in the West African nation in recent years. He is among the volunteers who signed up with Burkina Faso’s military to help fight the militants. 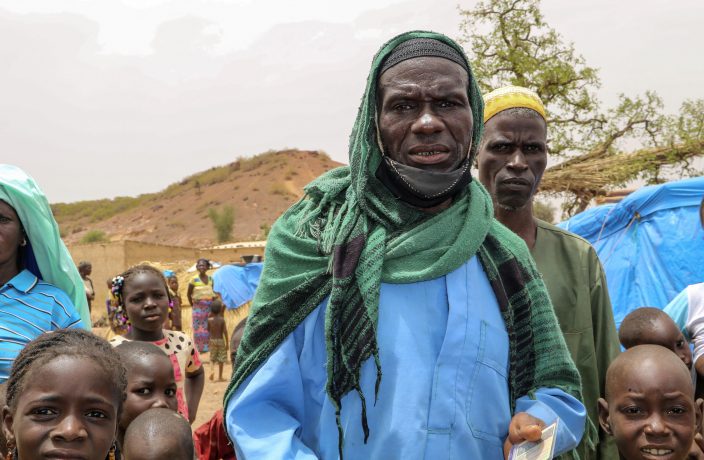 Volunteer fighter Issa Tamboure, walks with his family outside his tent in a makeshift site for displaced people in Kongoussi, Burkina Faso, Thursday, June 4, 2020. With little training, few weapons, and dwindling means amid an economic downturn fueled by the coronavirus pandemic, volunteers like Tamboure, recruited by the military to help fight jihadists, say they struggle to battle the well-armed extremists. (AP PhotoSam Mednick)

But his plight shows the program's weakness: With little training, few weapons, and dwindling means amid an economic downturn fueled by the coronavirus pandemic, volunteers now say they are unable to adequately battle the well-armed extremists.

“When you don’t have enough to eat, you don’t have enough strength to use a rifle,” said Tamboure, running his fingers over the family's tattered tent in a makeshift displacement camp in Kongoussi, about 15 miles (25 kilometers) from his home. He said the number of volunteers who patrol a swath between his village and the camp at night has fallen in recent months to around 200 from 500.

For years, Burkina Faso was spared the kind of Islamic extremism that hit neighboring Niger and Mali, where a 2013 French-led military intervention dislodged jihadists from power in several major towns. But deaths from attacks in the country have risen from about 80 in 2016 to over 1,800 in 2019, according to the United Nations. Burkina Faso’s military has struggled to contain the violence despite training and aid from the French and U.S. militaries. 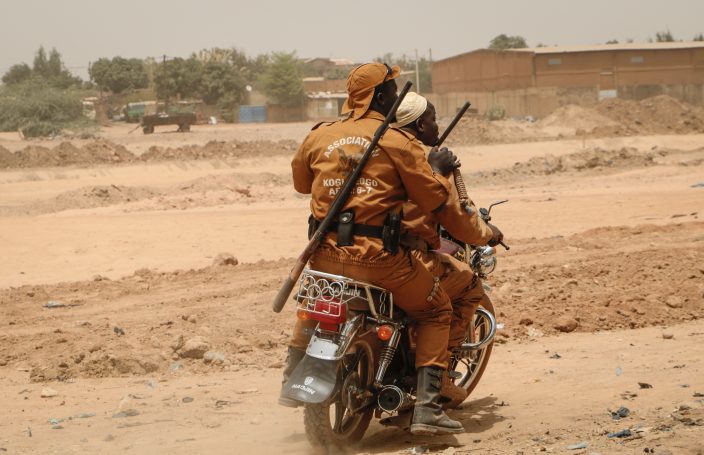 Local defense force fighters drive on a motorbike during an event to inaugurate a new chapter of the group in Ouagadougou, Burkina Faso, Saturday, March 14, 2020. In an effort to combat rising jihadist violence, Burkina Faso’s military has recruited volunteers to help it fight militants. (AP PhotoSam Mednick)

In an attempt to bolster the army, the government passed a law to arm civilians in January. Many towns have no government or military presence, leaving only this corps of volunteers to protect their villages.

Armed with a few hunting rifles and knives, the fighters patrol the surrounding bush and escort displaced civilians back to their villages to plant crops or pick up belongings or to other areas to visit relatives. In Kongoussi last month, residents told The Associated Press they were grateful for the patrols.

“Even if I’m a little afraid, I feel safer with the volunteers,” said Souleiman Soule, 44. 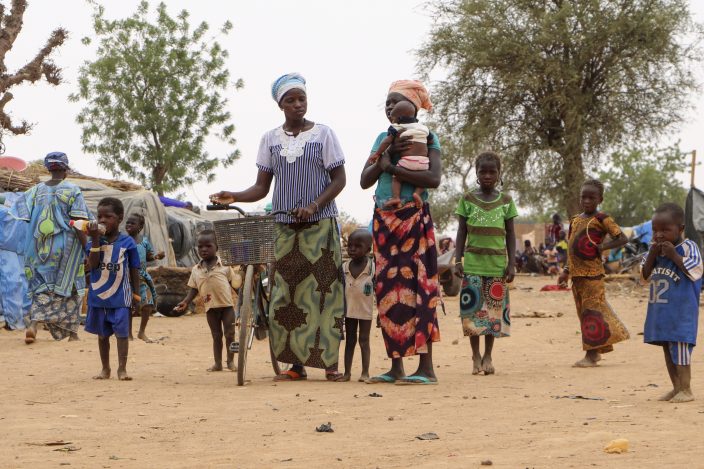 Women and children walk in a makeshift site for displaced people in Kongoussi, Burkina Faso Thursday, June 4, 2020. Jihadist violence has dramatically escalated in Burkina Faso in recent years. The country's military has struggled to contain the violence. (AP PhotoSam Mednick)

But several volunteer fighters in hard hit areas in the north and west of the country told the AP that because of the economic downturn caused by the pandemic they no longer have money to buy gas for their motorbikes to conduct patrols.

Analysts are concerned that restrictions on movement imposed to control the virus will make it harder for the volunteer fighters to receive equipment and supplies, thus emboldening the militants, especially in rural areas.

“The security forces are already overwhelmed, under-resourced, and have a bad reputation," said Laith Alkhouri, an intelligence specialist who researches violent extremists in West Africa. "Any shortage or delays in manpower will require the army to divert important resources to fill the gap of the volunteer groups, making them unable to get in front of the violence.” 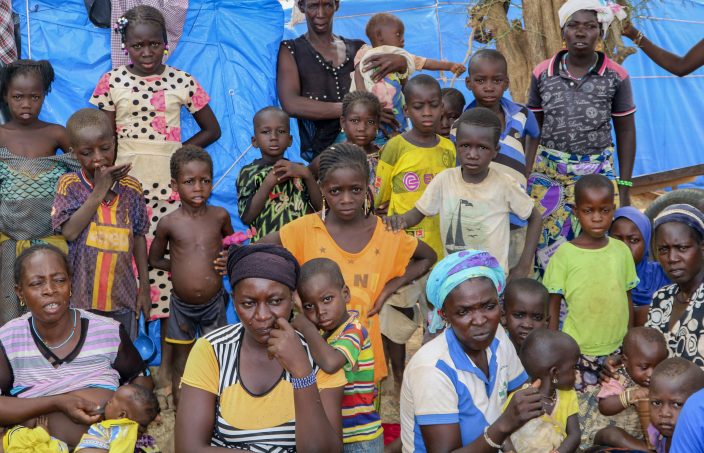 Women and children sit outside their tents in a makeshift site for displaced people in Kongoussi, Burkina Faso, Thursday, June 4, 2020. Jihadist violence has dramatically escalated in Burkina Faso in recent years. The country's military has struggled to contain the violence. (AP PhotoSam Mednick)

Meanwhile, the volunteers have been targeted by the jihadists. In the western region of Boucle du Mouhoun last month, several people told the AP that volunteer fighters were being killed in the markets.

Such attacks were predictable, say experts.

“As long as you decide to establish community defense mechanisms, they’re systemically going to become threats and the targets of these (extremist) groups,” said William Assanvo, senior researcher with the Institute for Security Studies.

A ragtag group of volunteers won't be able to stop Burkina Faso’s cycle of violence, he said. And there's some evidence they are contributing to it.

The proliferation of armed men across the country — including the military, the government-sanctioned volunteers, and also ad hoc community defense groups — has led to an increase in extrajudicial killings, say rights groups.

Graves containing at least 180 bodies and remains were found in Djibo, and there is evidence suggesting government security forces were involved in the slayings, Human Rights Watch said this week. Djibo is home to many Fulanis, an ethnic group whose members are predominantly Muslim and have been targeted over allegations they are affiliated with Islamist groups.

“Volunteer fighters are problematic and have led to more violence and reprisal,” said Diallo.

Neither the government nor the army responded to repeated requests from the AP for comment.

But fighters struggling to protect their communities say they need more government support.

In the northern town of Ouahigouya, an 18-year-old said his community received arms to help the army fight extremists in November — before the government officially began its volunteer program — but then soldiers took back the weapons, leaving villagers with little to defend themselves and now marked as targets for retaliation. The teen, who helped fight, spoke on condition of anonymity because he is afraid for his safety.

“These tactics make us vulnerable to terrorists,” he said, hanging his head. “We think the soldiers are creating more problems than solutions.”

Hamilton fastest ahead of F1 qualifying at Silverstone

Lewis Hamilton was fastest in fina ...