Reid, who has been a weekend anchor at the cable news network and lately has subbed in the 7 p.m. Eastern time slot, now has the position full time, will do a Washington-based show dubbed “The ReidOut.”

Reid said she was intent on “bringing in diverse, smart and accomplished voices to the table on topics that are important to our viewers.” 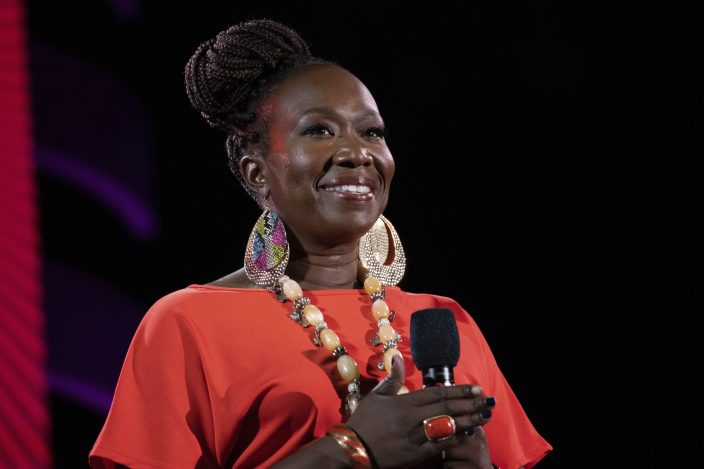 FILE - Joy Reid speaks at the 2019 Global Citizen Festival on Sept. 28, 2019, in New York. MSNBC has picked Reid to fill the 7 p.m. hour that was vacated by longtime host Chris Matthews in early March. When Reid debuts her new show, "The ReidOut," on July 20, she will become the only black woman to host a daily prime-time cable news program, a designation that takes on particular significance amid the industry-wide reckoning spawned by the killing of George Floyd and the nationwide protests that followed. (Photo by Charles SykesInvisionAP, File)

Reid, who is Black, brings diversity to a lineup popular with liberals that currently has five white men and a white woman as hosts in the hours between 5 p.m. and midnight.

“I'm honored and thankful for this opportunity,” Reid said in a statement.

Matthews retired on-air in early March following a series of gaffes and an article written by journalist Laura Basset that accused him of making inappropriate comments to her and other women who were on his show.

False claims that Kamala Harris is ...