As they have done since López Obrador took office in December 2018, the two leaders refrained from the heated rhetoric both regularly employ against other targets, instead asserting their friendship and mutual respect.

Absent from the carefully scripted White House meeting Wednesday were any of the slurs against Mexico that Trump used during his campaign, such as when he referred to migrants to the U.S. as “rapists” — or any mention of how he has taken repeated steps as president to seal off the U.S. to all migration, both legal and illegal. President Donald Trump and Mexican President Andres Manuel Lopez Obrador walk out of the Oval Office to deliver a statement in the Rose Garden of the White House, Wednesday, July 8, 2020, in Washington. (AP PhotoEvan Vucci)

Nor was there any sign of the fiery López Obrador who defended migrants from the U.S. president's attacks during his own campaign in a book titled, “Hey, Trump.”

During their appearances at the White House, neither president indicated that they had had discussions about immigration or security.

“They needed this trip for both to distract attention" from the coronavirus, "from what’s going on with the economy and from the security crisis in Mexico,” said Gladys McCormick, an associate professor in history at Syracuse University’s Maxwell School of Citizenship and Public Affairs. “And certainly Trump is going into a very, very tough electoral campaign.” 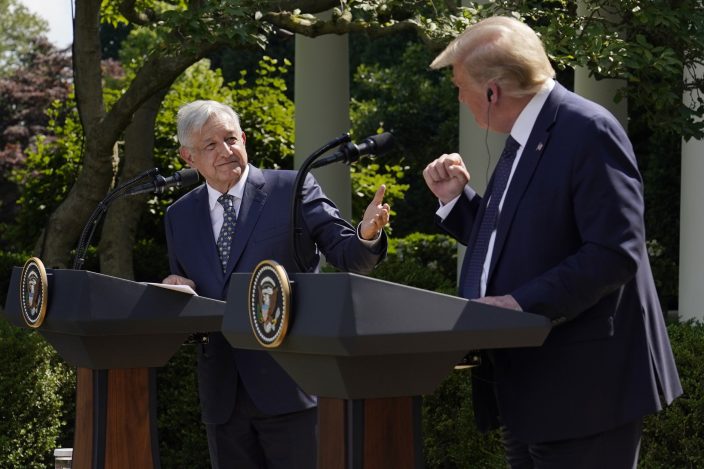 Two years into his six-year term, López Obrador’s ambitious domestic agenda — getting control of Mexico’s runaway violence, battling corruption and raising millions out of poverty — is in jeopardy.

Mexico saw more homicides last year than have ever been recorded before. Earlier this month, Mexico City’s police chief was nearly assassinated in a brazen attack on a major city thoroughfare, and last week 27 people were killed by gunmen in a drug rehabilitation center.

Meanwhile, the International Monetary Fund has projected Mexico’s economy will contract 10.5% this year. If that weren't enough, on Wednesday, the government announced nearly 7,000 new confirmed COVID-19 infections, the highest single day total yet. 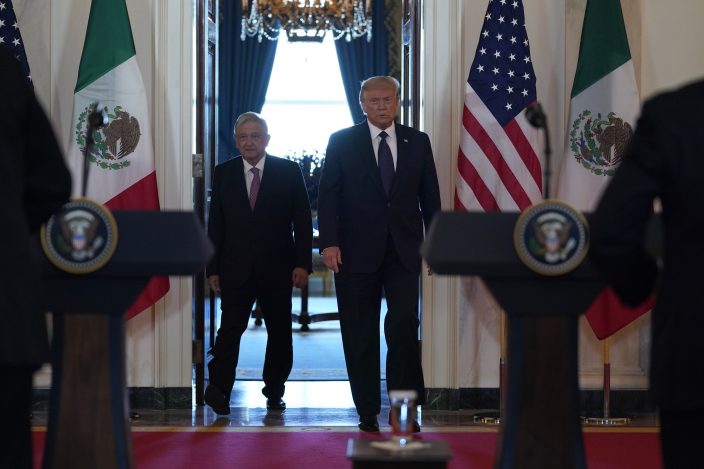 The stated purpose of López Obrador's visit to Washington was to celebrate the United States-Mexico-Canada-Agreement, the new free trade accord that is replacing NAFTA and which went into effect on July 1. Yet Democratic U.S. legislators, who played a large role in passing the law, were not included in the visit.

Mexico's ambassador to the United States, Martha Bárcena, said Thursday that the other central topic of the meeting was the pandemic.

A year ago, Trump threatened crippling tariffs on Mexican imports unless Mexico did more to slow the flow of migrants over the border. Mexico responded by deploying the newly created National Guard to stop them from advancing to the U.S. border and accepted the U.S. expansion of its “Remain in Mexico” policy, which forced asylum seekers to wait out the process in Mexico. 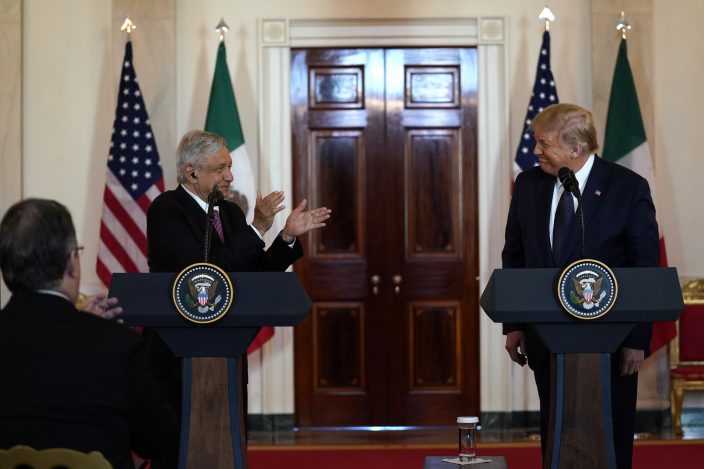 Yet on Wednesday, López Obrador stood smiling beside Trump and thanked him for respecting Mexicans and not trying to impose U.S. will on his country.

The reaction from the Mexican president's critics at home was swift. Silvano Aureoles, governor of Michoacan state, from the leftist opposition Democratic Revolutionary Party, called out the president via Twitter for being so friendly with Trump.

“I had the hope that he would act with dignity, that he would put Trump in his place for all of the offenses against our country and our people,” Aureoles wrote. “Mexico has dignity, Mexico has memory, even though you have forgotten it crossing the border.” 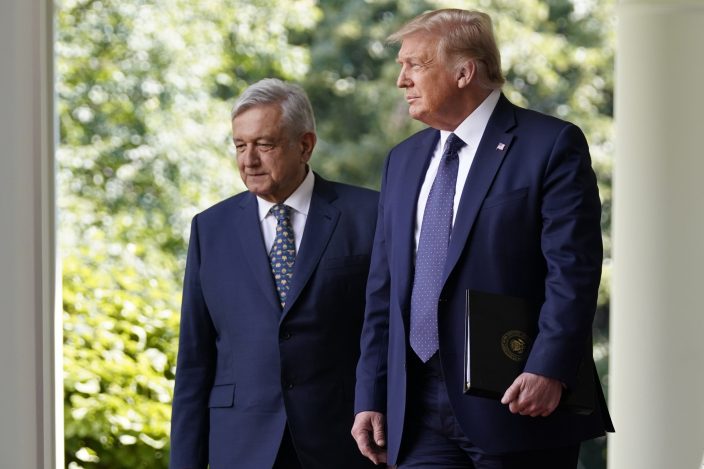 McCormick added: “What we saw happen yesterday is the fact that Trump can now claim that he has bent Mexico to his will."

Still, a pleasant Rose Garden ceremony with no mention of sensitive domestic issues was likely just what López Obrador was seeking.

There is value for Mexico in having good relations with Trump. As López Obrador noted, Trump helped Mexico obtain 600 ventilators when they were needed to confront the pandemic and offered to make up the difference when oil-producing nations were looking for a deeper production cut from Mexico than López Obrador was willing to make.

“So far, I would say that López Obrador can count this visit as a win,” said María Fernanda Pérez Arguello, associate director at the Atlantic Council’s Adrienne Arsht Latin America Center. “He appeared next to President Trump and they didn’t talk about domestic issues in Mexico and that’s something that President López Obrador wanted to avoid at all costs.”

Curfew in parts of Kashmir ahead of revocation annivers ...

Authorities clamped a curfew in ma ...

Mexico president heads to Washington for meeting with Trump

Mexico president hosts US AG behind closed doors in capital

Mexico to talk arms, money smuggling during US AG visit