Michail Antonio scored all the goals as West Ham beat Norwich 4-0 to relegate the Canaries from the Premier League on Saturday.

Antonio has been a standout player since the league restarted amid the coronavirus pandemic. Since July 1 he’s scored six out of his eight league goals this season and assisted another.

Norwich is 13 points from safety with a maximum nine points possible. 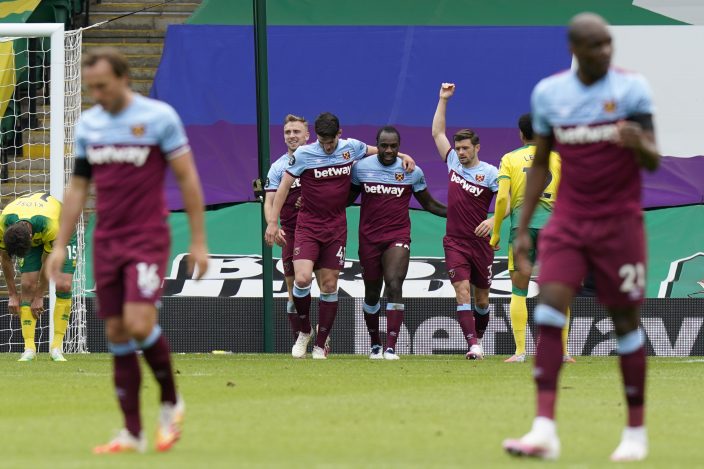 The 30-year-old Antonio opened the scoring with a tap-in at the far post after Issa Diop flicked on Jarrod Bowen's corner in the 11th minute.

He made it 2-0 at another set piece when he headed in off Mark Noble's free kick in first-half stoppage time. A simple pass over the top from Noble found Antonio in plenty of space on the counterattack for the third. Tim Krul saved his first shot but the rebound was at the ideal height for Antonio to head in.

Noble had a hand in the fourth goal as well, finding Ryan Fredericks in space on the right. Fredericks sent in a low cross through Norwich's static defense for Antonio to apply the finish. 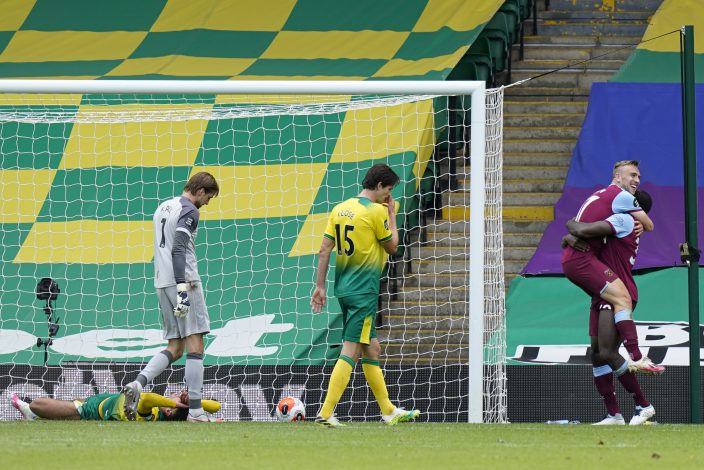 Norwich started the season brightly with a rash of goals from Finnish forward Teemu Pukki and a stunning upset victory at home over Manchester City.

But the good form soon faded and the club had bad fortune with injuries. Since English soccer restarted last month in empty stadiums, Norwich has lost every match it's played — six in the league and one in the FA Cup.

Denmark's fence to keep out wild boars seems to be ...

The number of wild boars in Denmar ...

US employers post more jobs in June, pull back on hirin ...