All have championships, with the 400-mile race providing a springboard to the title for Kyle Busch (2015), Brad Keselowski (2012) and Martin Truex Jr. (2017). That trio also has multiple Kentucky wins, which speaks volumes of their mastery of the 1.5-mile oval.

Sunday’s event provides different hurdles, running in daylight for just the second time with drivers having to adjust on the fly without practice and qualifying because of concerns caused by the coronavirus pandemic. How well they adapt could determine whether club membership expands or remains the same. 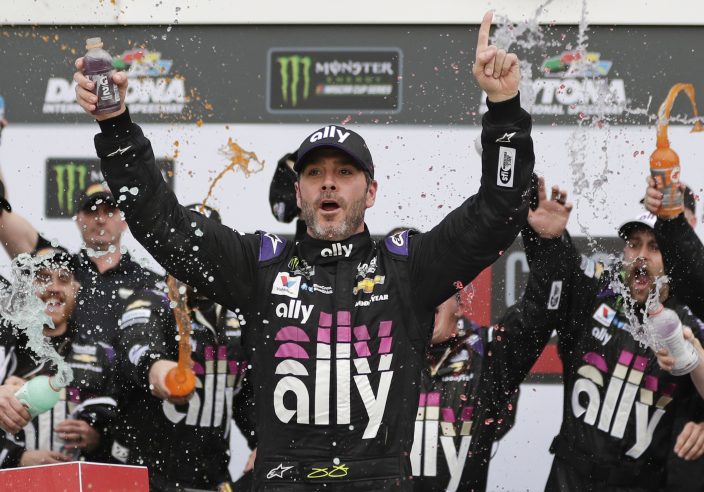 For sure, plenty of drivers have been on the cusp of getting in.

“We’ve got a few top-five finishes, but just haven’t been able to close it out at the end of the race,” said Denny Hamlin, who finished fifth there last July. “With the way this team has been performing this year, I don’t see any reason why we can’t change that this weekend and get our first win at Kentucky.”

Hamlin is fifth in the standings but holds a one-point playoff edge over first-place Kevin Harvick, who's coming off Sunday’s Brickyard 400 triumph at Indianapolis Motor Speedway that matched Hamlin’s series-best four wins this season. Harvick now carries momentum to a venue where he has six top-10s in his past seven starts. 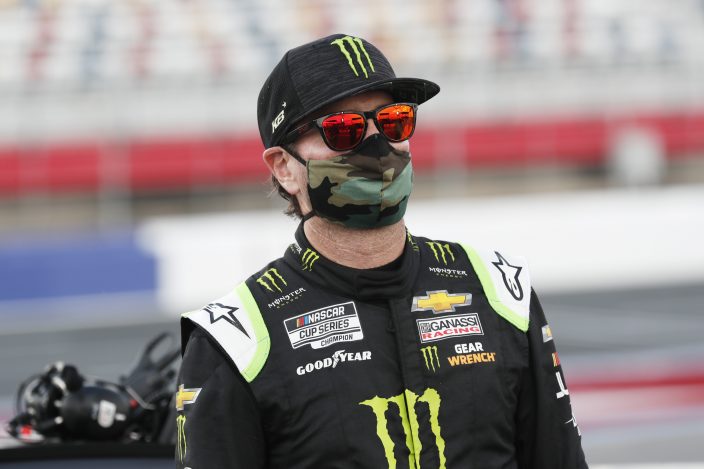 “Yeah, I’m super excited and in my head of optimism," said Johnson, who is scheduled to retire from full-time NASCAR racing after this season. “I’m like, what a comeback story. It could really be a special moment. I’ve always been highly motivated, but it would be really cool to have great success on Sunday.”

The track is different from the four scheduled 1.5-mile tracks that comprise much of the NASCAR playoffs. The first two turns offer higher banking than the other two, and the afternoon start could make the repaved surface stickier compared to night racing.

Keselowski, a three-time winner here, looks forward to the intrigue.

“A lot of success instantly, and just a place I really was thrilled to go to and ran well,” said the Team Penske driver, who’s third in points with two victories this season.

“And then, of course, it got grippy. No good deed goes unpunished, and after the repave it’s been a bit of a struggle for me lately making a good run there. I’m hopeful this year that you think some of the things we’ve we learned from Pocono and apply them. If so, I think we’ll be really strong.”

As if that isn't enough for hopefuls to overcome, the Joe Gibbs Racing driver will start first in the No. 18 Toyota, aiming to maintain his expertise in different circumstances.

“When we first started going there, the asphalt was old, rough and bumpy,” said Busch, 10th in points and seeking his first win in 2020.

“Then they ground it a couple times and it kind of changed a little bit. I kept up with the changes and now it’s all repaved. We’re still trying to work in the surface a bit.”