Eudinson Uy and his pregnant wife planned to return to their home in the United Arab Emirates after a vacation in Armenia, but due to a subsequent lockdown of the Gulf country over the coronavirus pandemic, she ended up giving birth there.

Four months later, the Filipino couple and their baby boy are still stuck in Armenia, like thousands of others now trying to return to the UAE, which relies on a vast foreign workforce.

“I have called the UAE Embassy here in Armenia, immigration in Dubai, and all the hotlines and emergency hotlines given by the UAE, but all of them said they cannot help us even if my wife is pregnant," Uy said. 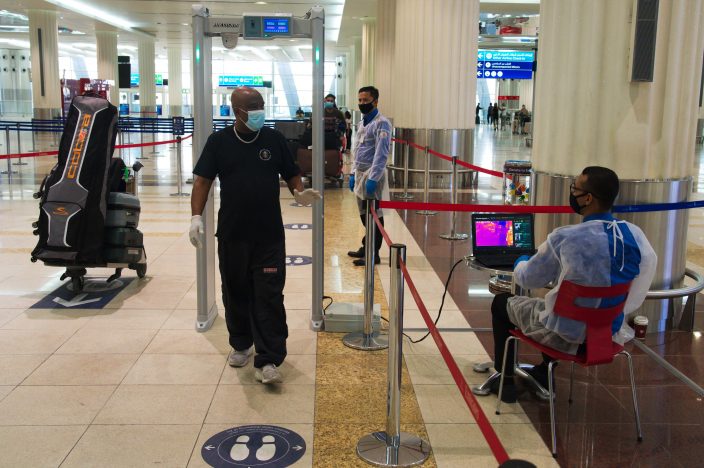 FILE - In this June 10, 2020 file photo, passenger wearing a mask due to the coronavirus pandemic passes through a temperature screening at Dubai International Airport's Terminal 3 in Dubai, United Arab Emirates. Hundreds of thousands of foreign residents of the UAE are struggling to return to the country after a lockdown over the coronavirus. They left behind jobs, families, homes and other responsibilities of which they always planned to return. But some tell The Associated Press they still face challenges in trying to come back. (AP PhotoJon Gambrell, File)

Before the lockdown, foreign workers who had planned work trips or holidays, or to give birth near family back home, flew out of the United Arab Emirates, a federation of seven emirates home to Abu Dhabi and Dubai. They left behind jobs, families, homes and other responsibilities, to which they had always planned to return.

On July 7, Dubai reopened to tourists. The Federal Authority for Identity and Citizenship has meanwhile launched efforts to return an estimated 200,000 people to the UAE, but the rules remain unclear and many have had their applications rejected.

Some members of a Facebook group for foreign workers stranded outside said they applied and got rejected over 10 times. One woman said she applied 21 times. 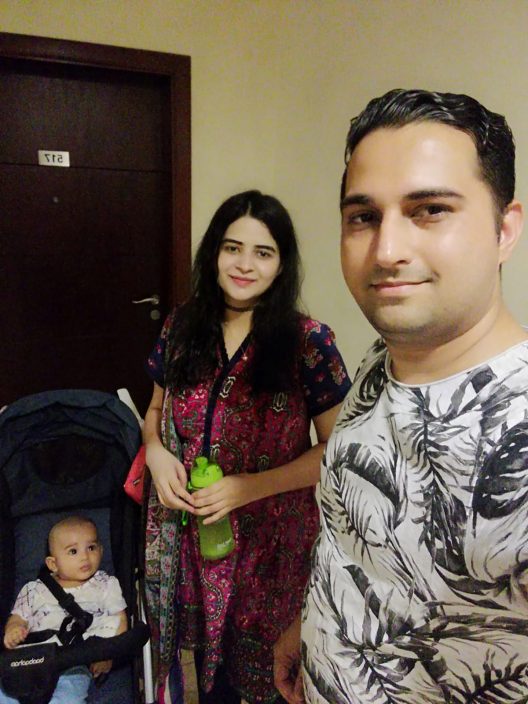 The rules remain particularly unclear when it comes to newborns. Many new mothers who traveled outside the Emirates to give birth found themselves unable to bring back their children. All UAE residents — including children — require a national ID number to return.

The Emirati government does not issue newborns a national ID until they have a residency visa. But many parents could not get their children visas because Emirati embassies abroad were closed due to the pandemic.

“It’s like a Catch-22,” said Minna Joseph, who has been in Canada since February. “A lot of mothers just have no idea how to bring back their babies.” 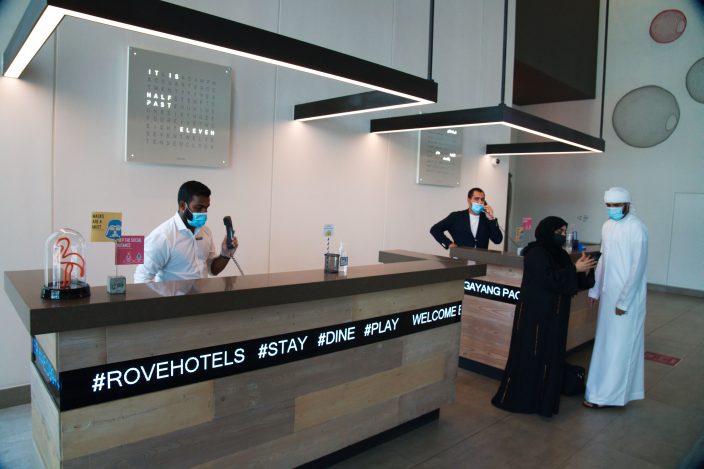 FILE - In this July 6, 2020 file photo, the front desk staff wearing masks due to the coronavirus pandemic help customers at the Rove City Centre Hotel in Dubai, United Arab Emirates. Hundreds of thousands of foreign residents of the UAE are struggling to return to the country after a lockdown over the coronavirus. Dubai opening to tourists helped some return, as Westerners and those from the Gulf Cooperation Council states get visas on arrival in the UAE. But others, including those from the Asian nations that supply the Emirates its army of laborers, cleaners, taxi drivers and office workers, need a visa issued beforehand. (AP PhotoJon Gambrell, File)

Joseph was planning on returning in March but is currently in Vancouver, waiting to bring her newborn son back.

Dubai opening to tourists helped some return, as Westerners and those from the Gulf Cooperation Council states get visas on arrival in the UAE. But others, including those from the Asian nations that supply the Emirates its army of laborers, cleaners, taxi drivers and office workers, need a visa issued beforehand.

Dubai also instituted a new system that links newborn babies to their mothers' IDs. But the UAE's six other emirates all have their own immigration rules. Abu Dhabi, for instance, still has its border closed off to the other emirates, requiring a recent negative COVID-19 test before allowing people in.

When the UAE shut down air travel in March, Emirati citizens abroad were able to come back home, but the foreign workers found it much harder. The government made only occasional exceptions for emergencies and humanitarian cases.

“We felt discouraged about what they told us; that they cannot help us even if my wife is pregnant," Uy said. “We really felt sad seeing that they have repatriated to UAE some people who are not even in an emergency case, like my wife.”

Foreign medical workers have been on the front lines of treating COVID-19 patients in the Emirates, which has reported nearly 55,000 cases and at least 333 deaths since the outbreak began.

At one point, the government released a video of Abu Dhabi's powerful crown prince, Sheikh Mohammed bin Zayed Al Nahyan, saying he "teared up” while watching residents singing the UAE national anthem and commended their loyalty.

Many of those stuck outside the country feel their loyalty has not been rewarded.

They include Iqra Kamran, a 25-year-old who recently gave birth to her daughter in Karachi, Pakistan. She and her husband were separated for months after he was allowed to return to their home in the UAE. She was not able to join him with their child until Dubai introduced its new system at the end of June.

“My husband is living in UAE and serving UAE for I think eight years or nine years,” she said. “So they should favor us.”

Officials in Dubai and at the federal level in Abu Dhabi did not respond to requests for comment.

While countries around the world took unprecedented measures in the wake of the pandemic, shutting their borders to travelers, many have since allowed their residents back.

Joseph is still waiting for that chance in Canada with her newborn and her four-year-old daughter Kataleia. Her husband, Stefan, in Dubai, tries to be part of their lives, despite the 11-hour time difference.

One hundred years ago this month, ...