Pekka Rinne’s string of starting every playoff game for the Nashville Predators since 2010 may be in jeopardy.

That 89-game run may change Aug. 2 when Nashville starts its best-of-five qualifying series with Arizona.

When the NHL suspended play in mid-March, Rinne watched from the bench as fellow Finn Juuse Saros strengthened his hold on the Nashville net with each victory. Now the 37-year-old Rinne has had four months to rest up and work out, and he wants to reclaim his starting job. 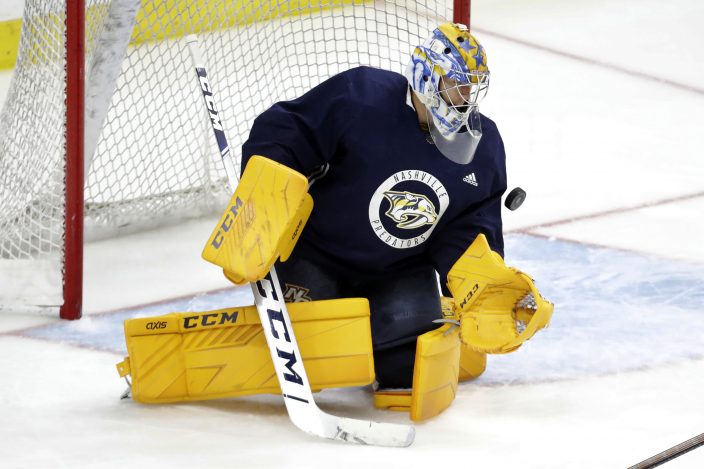 “I’ve been putting in a lot of work the past four months," Rinne said Monday after the Predators' first practice of training camp. "Very motivated from this past season. I feel like it wasn’t my strongest season and want to bounce back.”

Coach John Hynes, hired Jan. 7 to replace Peter Laviolette, is making no commitment to either goaltender with the Predators just starting their first training camp with him in charge. Performance will decide whether Rinne or Saros starts.

“Hopefully one of the two guys makes it for us in a positive way,” Hynes said. 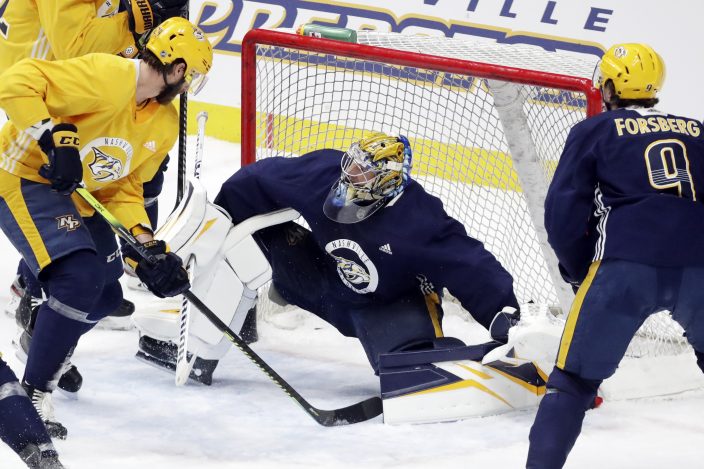 Rinne, a four-time Vezina Trophy finalist and 2018 winner, is in rare company as one of four goalies in NHL history to start at least 89 consecutive playoff games for one team.

Martin Brodeur started 194 games between 1994 and 2012 with the New Jersey Devils. Patrick Roy was in net for 133 games for Colorado between 1996 and 2003. Henrik Lundqvist has started 127 straight playoff games for the Rangers since 2006, a streak also at risk of ending Aug. 1 when New York plays Carolina.

If Hynes picks a starter based on recent play, it would be Saros. The 25-year-old from Forssa, Finland, was in net for Nashville's last six victories, while Rinne went 1-3-1 in his final five starts allowing 17 goals. Saros is better in every statistical category except wins where Rinne is 18-14-4 compared to 17-12-4 for Saros. 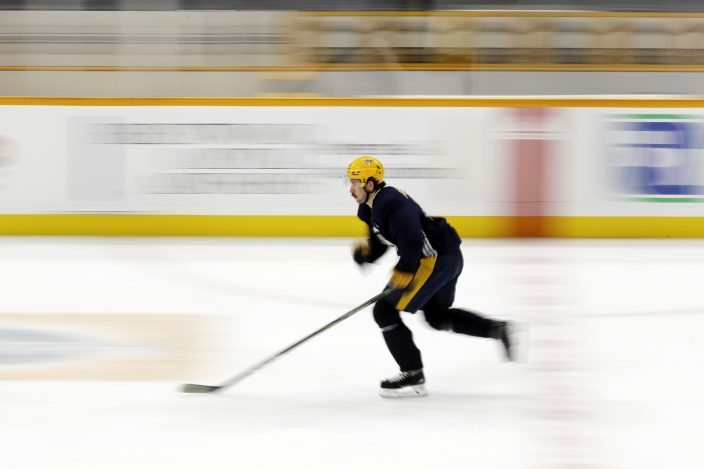 “That was pretty much the first time in a long, long time when I was mostly watching games from the bench at the end of the season,” Rinne said. “And I had no problem the way he was playing and I wasn’t playing as strong."

Now friendship is pushed aside for competition.

“We both understand that,” Rinne said. ” And we’ll see how it plays out. Biggest thing for I think from the both perspective, I think the only only thing we want to do is help the team no matter what, which guy’s playing.” 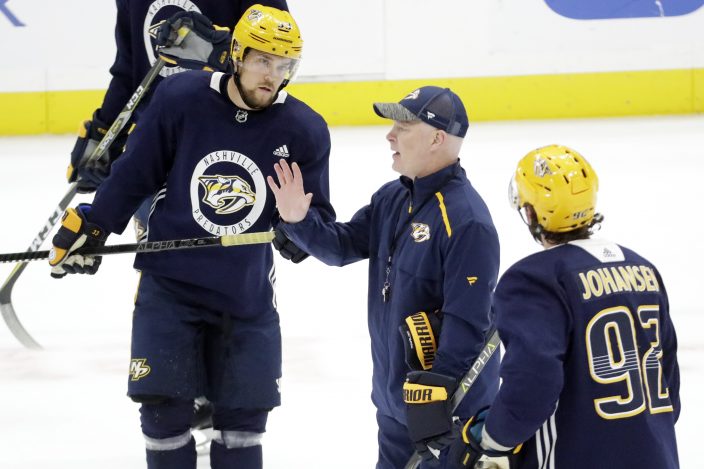 Saros said Tuesday he's doing his best to earn that spot too, even if Rinne is the best possible goalie partner helping him on and off the ice.

“We’re good friends outside of hockey, too, especially now during this Phase 2 and Phase 3," Saros said. “He’s been cooking a lot of dinner for us Finns, and we were playing some 'Call Of Duty' together."

It's a relationship between goaltenders with the mutual respect between Rinne and Juuse that Hynes said he's never seen before in his career. 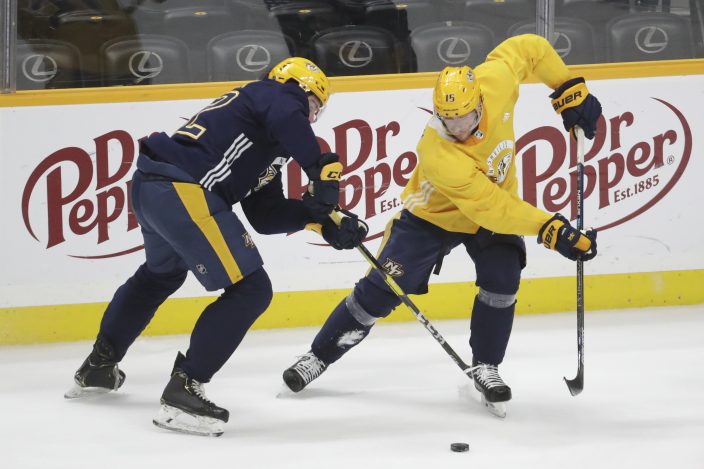 “The way that they work with each other and push each other is pretty impressive,” Hynes said.

This training camp gives Rinne, who turns 38 in November and has one season left on his contract with Nashville, a fresh start. Rinne spent the break following most of his usual summer training routine with the big difference that he skated for five weeks.

“I'd like to think that I always come to the camps in good shape ...,” Rinne said. “But I think now is more crucial than ever before. You know it's playoff time.”

The Predators remember Rinne carrying them to the 2017 Stanley Cup Fina l with how well he played in net. They also have seen Saros turn in a career-best four shutouts. Center Ryan Johansen said it can't hurt having what he called “two studs” available.

“We all know what they’re both capable of,” Johansen said. "And with Peks, his history in this league is long time, so pretty simple answer. I guess it can only be beneficial for our group having those two guys.”

No team in NHL history with a chan ...