All Blacks coach Ian Foster has added his voice to an increasing chorus in New Zealand calling for a smaller Super Rugby tournament with a reduced Australian participation.

The Super Rugby season was suspended in March because of the coronavirus pandemic, leaving the participating teams from South Africa, Japan, Argentina, Australia and New Zealand to organize domestic competitions and casting doubt over the future format of a tournament that has involved five countries.

A recent review conducted on behalf of New Zealand Rugby recommended an “optimal” trans-Tasman tournament which would involve New Zealand’s five existing franchises but only two from Australia and a new team from the Pacific. 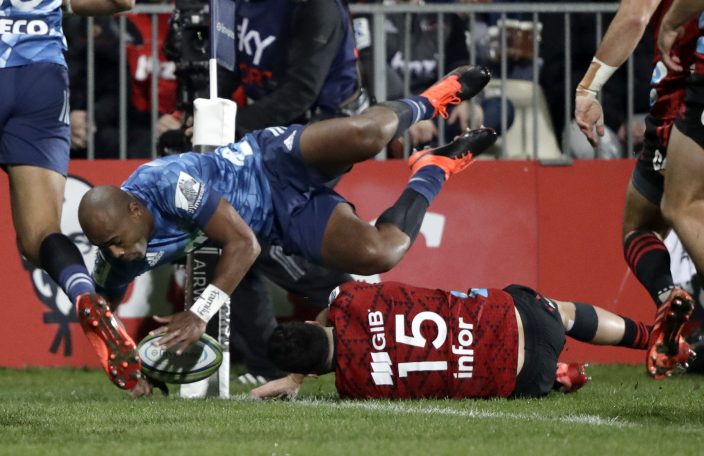 Rugby Australia chief executive Hamish McClennan pushed back against that finding, saying New Zealand saw it’s relationship with Australia as one of “master-servant.”

That prompted Foster’s predecessor, World Cup-winning All Blacks coach Steve Hansen, to say New Zealand owed nothing to Australia. Hansen said New Zealand should remember Australia had “gone missing” in the past when it needed its support.

He appeared to be referring to actions which prevented New Zealand from co-hosting the 2003 Rugby World Cup and Australia's decision to vote against New Zealand’s ultimately successful bid for the 2011 tournament. 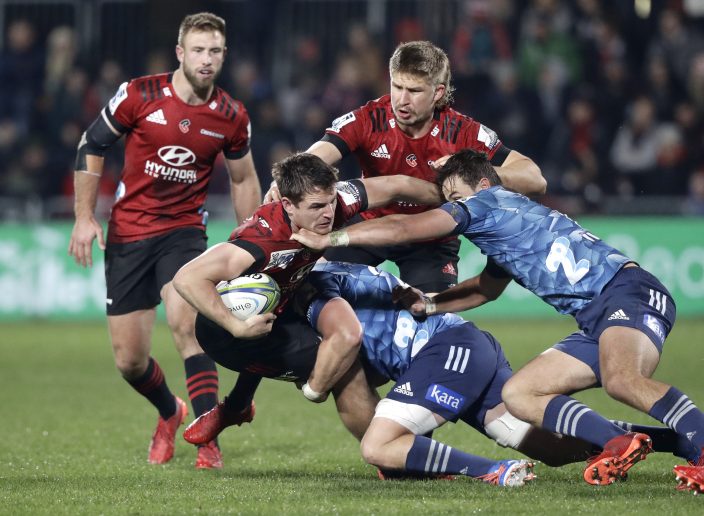 “Without being controversial, we have been looking after the Aussies for years,” Hansen said. “And every time we have required something from them, particularly at a high level, sometimes they have gone missing.

“Do we owe them something? No. But because we are the nation we are, and we care about the game more than just ourselves, we bend and buckle a bit.”

Foster echoed those views in a interview Wednesday, saying New Zealand rugby is “not a charity” and can’t continue to support uncompetitive Australian clubs.

“We’ve seen in the past that if you let in teams that actually can’t survive then you’ve got to keep changing the competition around. We’ve got to do whatever we can to get competitive teams against our teams."

Foster said New Zealand was “pretty secure" with five strong Super Rugby teams and once Australia settled on an appropriate number “I guess we sit around and have a conversation.”

McClennan appeared to acknowledge Australia’s teams recently had not performed to a high level in Super Rugby. After expanding from three to five teams over several years, Australia was forced to cut the Perth-based Western Force when the southern hemisphere tournament was reduced from 18 to 15 teams two years ago.

The Force were welcomed back, at least temporarily, in a domestic competition that kicked off this month with Australia's four Super Rugby clubs.

New Zealand teams have won seven of the last eight Super Rugby titles, while teams from Australia have tended to lag in the last two decades.

The Queensland Reds ended a seven-year title drought for Australian clubs by winning the Super Rugby championship in 2011. The New South Wales Waratahs' title in 2014 was the last by an Australian team.

Australia's national team, the Wallabies, have also been slipping in the international rankings. The two-time Rugby World Cup champions lost the 2015 final to New Zealand in London but were knocked out in the quarterfinals in the 2019 edition in Japan.

McClennan called on New Zealand to show patience with the teams from Australia, where rugby union is the smallest of the four major football codes and where the sport's primary support base is concentrated around Sydney and Brisbane. Critics say Australia doesn't have the player depth in rugby union to support more than two or three Super Rugby franchises, particularly as it competes for resources and air-time against the 16-club, Australia-based National Rugby League, the 18-club Australian Football League and soccer.

"This is a moment in time and we will rebuild Australian rugby and at some stage in the future we will repay the favor to New Zealand,” McClennan told The Australian newspaper.

"We are very keen to do something with New Zealand but it has to be fair and it has to give us the capacity to grow our game.”

Joe Arpaio on Friday was narrowly ...