Thousands of census takers are about to begin the most labor-intensive part of America’s once-a-decade headcount: visiting the 56 million households that have not yet responded to the 2020 questionnaire.

The visits that start Thursday kick off a phase of the census that was supposed to begin in May before it was delayed by the coronavirus pandemic, which forced the Census Bureau to suspend field operations for a month and a half and to push back the completion of the census from July 31 to Oct. 31.

Census takers will ask questions about who lives in a household and the residents’ race, sex and relations to each other. Because of the virus, they have been instructed to pose questions from outside and to decline invitations to come indoors. The workers will wear cloth face masks and come equipped with hand sanitizer, gloves, laptops and cellphones. 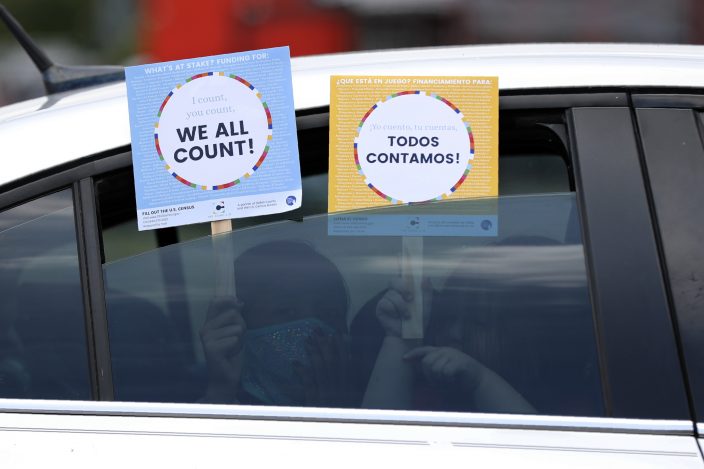 FILE - In this June 25, 2020, file photo, two young children hold signs through the car window that make reference to the 2020 U.S. Census as they wait in the car with their family at an outreach event in Dallas. Thousands of census takers are about to begin the most labor-intensive part of America’s once-a-decade headcount (AP PhotoTony Gutierrez, File)

The first visits will be focused on six locations — West Virginia, Idaho, Maine, Kansas City, New Orleans and the Oklahoma City area. Separate from the temporary census takers, Census Bureau staffers will also start visiting groceries and pharmacies this week in neighborhoods with low response rates to assist residents in filling out questionnaires.

The door knocking will expand next week to parts of Connecticut, Indiana, Kansas, Pennsylvania, the Virginia suburbs of the District of Columbia and Tacoma, Washington. Next month, hundreds of thousands more temporary census workers will fan out across the entire nation in the largest peacetime mobilization the federal government undertakes.

Because it costs money to deploy census takers, the government is making one last push through advertising and social media to get people to respond online, by phone or through the mail over the next several weeks before workers head out in large numbers. 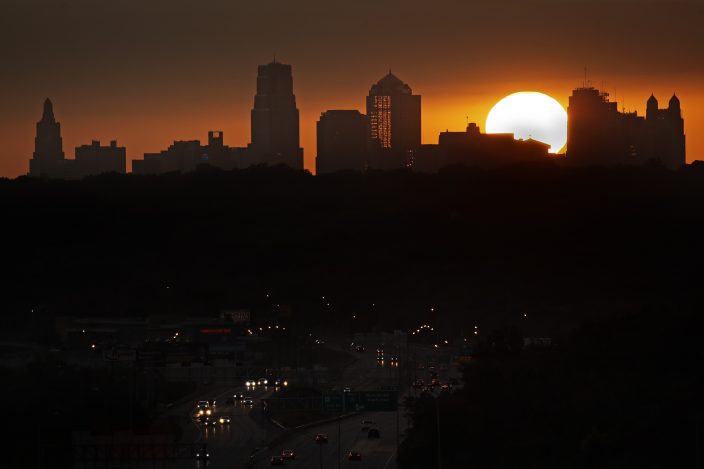 As of this week, more than 62% of U.S. households had answered the census questions on their own. The Census Bureau reached its goal of a 60.5% self-response rate six weeks ago, though it had more time to get there because of the virus-related delays. The 2020 census started for most U.S. residents in March.

The locations chosen for this week's door-knocking mix rural and urban areas by design. They were picked to achieve that variety and to ensure safe operations during the pandemic, including the availability of workers and safety equipment, according to the Census Bureau.

Louisiana is among the places that have seen recent spikes in infections, forcing the governor to mandate masks in public and shut down consumption in bars this week.

The coronavirus “adds some stress to it,” particularly if the person being questioned is elderly "because we’ve been really trying to protect that population,” said Cyndi Nguyen, a New Orleans councilwoman.

About a third of the applicants for the 500,000 census-taker positions are older and considered at higher risk should they get the virus, said Tim Olson, associate director for field operations at the Census Bureau. The bureau is monitoring the effect on staffing around the country.

The temporary census takers are being paid from $14 to $30 an hour, depending on their location.

Idaho was likely picked for the initial rollout because of its small population, said Wendy Jaquet, a former state lawmaker who helps lead a committee aimed at getting Idaho residents to participate in the census.

“We don’t have that many people," she said. “We can try things out to see what works and might not work."

Some Idaho residents regard the federal government warily, she said, but the Census Bureau made an effort to hire census takers from the areas where they will be visiting homes in an effort to build trust.

The 2020 census will determine the distribution of $1.5 trillion in federal spending and the number of congressional seats in each state. Because of the pandemic, the Census Bureau has asked Congress for a delay in turning over data for apportionment and redistricting.

In Kansas City, Missouri, city officials are eager to get all residents counted since the jazz and barbecue mecca stands at just below the 500,000-resident threshold that would allow it to apply directly to the Treasury Department for coronavirus-relief cash infusions, said Ryana Parks-Shaw, a city councilwoman.

“In this pandemic, I wasn’t sure if they would even be able to put the door knockers out,” Parks-Shaw said. “I’m just excited about the opportunity to make sure we get counted.”

Experts worry about errors if census schedule is sped up

'Soft opening' for census door knocking to begin next month