The Rockies moved to 6-2, which is tied for the team's second-best start in franchise history. They began 7-1 in 1995.

A comfortable eight-run lead nearly evaporated for Colorado. The Padres scored four in the eighth and another in the ninth to make it 9-6. With two outs and a runner on second, the Rockies called in Jairo Diaz, who got Manny Machado to fly out on the first pitch for his first save of the season. Senzatela (2-0) was the latest starter to turn in an efficient performance. Colorado’s starters rank first in the majors with a 2.00 ERA. The right-hander scattered four hits, walked one and struck out six to help the Rockies take two of three from San Diego.

Kemp hit a two-run homer off Zach Davies (1-1) in the fourth. Kemp has 21 homers as an opponent at Coors Field and now two in the hitter-friendly park as a member of the Rockies. The 35-year-old slugger signed a minor league deal with the team on July 4. 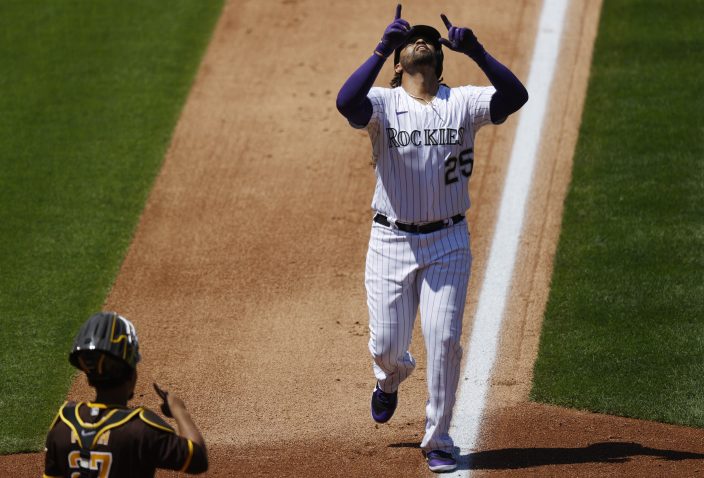 Davies allowed four hits and three runs over five innings. He was acquired in a deal with Milwaukee in November.

Senzatela nearly wiggled out of a tough spot in his final inning. Jake Cronenworth started with a triple before Senzatela struck out Fernando Tatis Jr. and Trent Grisham. Senzatela thought he had a strikeout of Machado on a check swing, but it was ruled no swing. Machado followed with an RBI double to make it 3-1.

With Colorado up 9-1 in the eighth, San Diego scored four times courtesy of an RBI single from Machado and a three-run triple by Wil Myers. The Padres have scored at least three runs in nine of their 10 games. 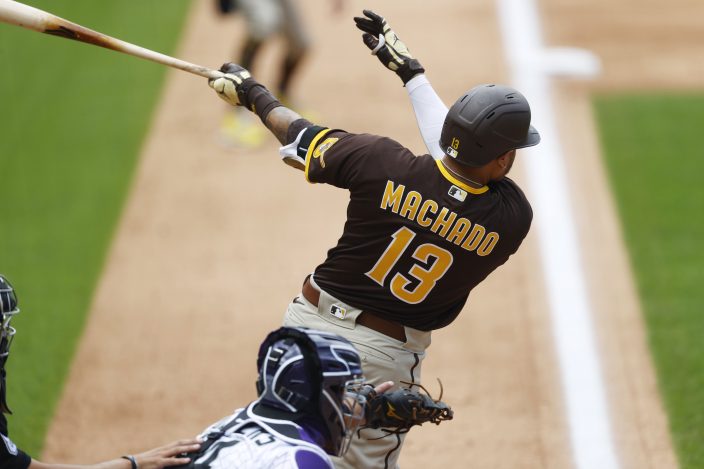 Colorado star Nolan Arenado is still searching for his inaugural homer of the season after hitting 41 in 2019. He sent a high fly to deep center that Grisham caught at the wall.

The Padres selected the contract of right-hander Jerad Eickhoff to the major league roster with first baseman Eric Hosmer going on the 10-day injured list due to gastritis. 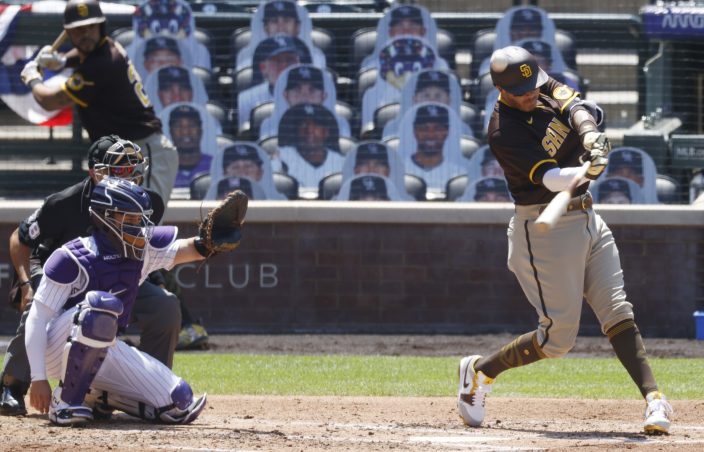 Rockies: Right-handed reliever Scott Oberg may be out for the rest of the season after he developed blood clots in his arm for a third time in his career. He was switched to the 45-day injured list Sunday. Oberg was already out with a strained back. ... Closer Wade Davis was placed on the 10-day injured list with a right shoulder strain.

Rockies: Begin a four-game series against San Francisco on Monday. The Rockies will throw RHP Chi Chi González, who got the nod over Jeff Hoffman.