Mookie Betts homered ans doubled before leaving early because of an injury. The Dodgers won three times in the four-game series, and have taken five of six overall.

Kershaw (1-0) gave up three hits, walked none and struck out six. The three-time Cy Young Award winner was supposed to make his ninth opening day start on July 23, but was scratched hours before the game because of a back injury suffered in the weight room. 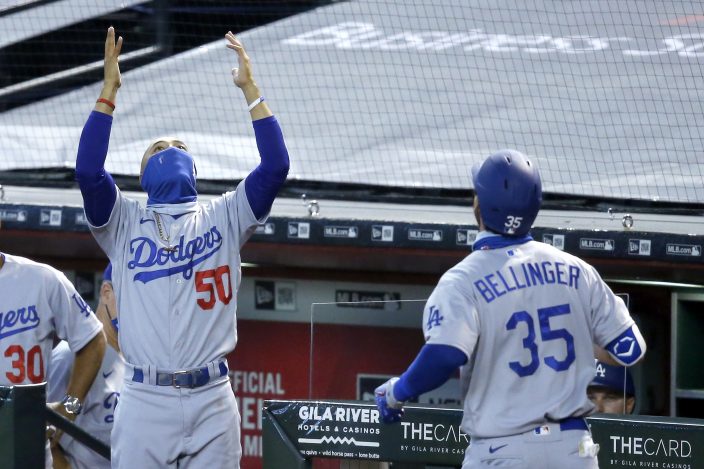 In his return, the 32-year-old Kershaw threw 81 pitches. He retired his first 10 batters and his fastball was in the 92-94 mph range.

The left-hander didn’t allow a baserunner until Starling Marte and Christian Walker hit back-to-back singles in the fourth inning. Kershaw retired the next two hitters, fanning Kole Calhoun to end the threat.

Bellinger got a rare day off on Saturday after starting the season with a .139 batting average and no homers through eight games. The rest appeared to do him good: He hit a full-count changeup from Merrill Kelly (1-1) into the right field bullpen for a two-run homer in the first. 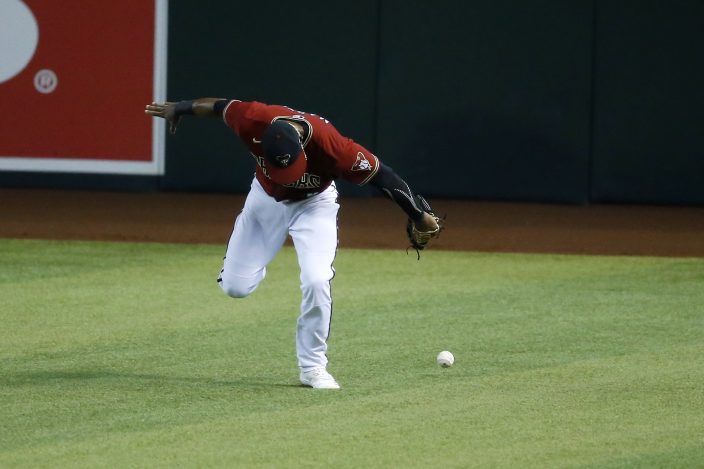 Betts hit a home run that splashed into the Chase Field swimming pool beyond the right-center field wall in the fifth inning. He appeared to hurt his finger earlier in the at-bat, and the star right fielder was pulled for a pinch hitter in the seventh. X-rays on Betts were negative.

Kenley Jansen earned his second save with a scoreless ninth. Bellinger secured the final out when he made a difficult running catch in deep center field.

The Diamondbacks came into the game hitting just .199 through nine games and couldn't muster much offense once again, finishing with four singles. 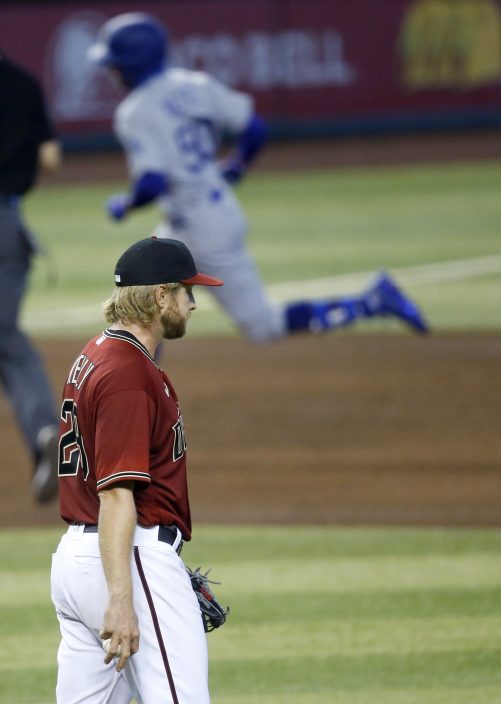 The Diamondbacks have just two homers through 10 games which is the lowest total in the majors. They've also given up 18 homers, the most in baseball. 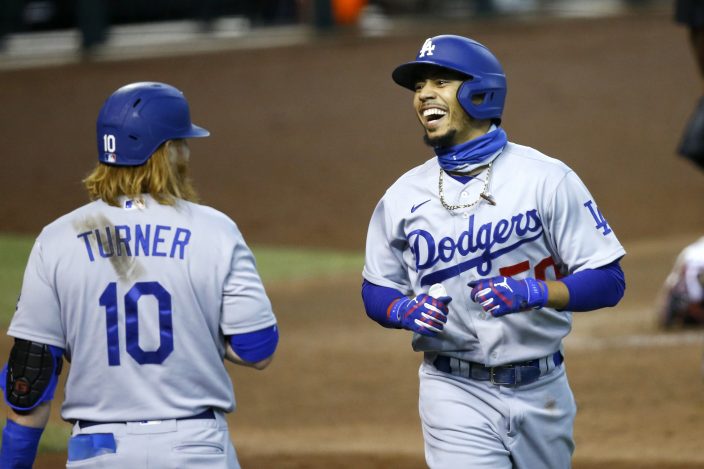 Diamondbacks: Christian Walker was back at first base and batted third against Kershaw. Walker is the usual starting first baseman but has switched between 1B and DH through the early season after he was bothered by a groin injury during summer camp. Walker came into the game 5 of 11 in his career against Kershaw, including four homers. He had one of the team's three hits against Kershaw on Sunday.

Dodgers: Los Angeles travels to San Diego for a three-game series. RHP Walker Buehler (0-0, 4.91) has the start on Monday.

Diamondbacks: Arizona has Monday off before hosting a three-game series against the Houston Astros. The Diamondbacks will sent LHP Madison Bumgarner (0-1, 4.09) to the mound in the opener on Tuesday.