Brooks Koepka now has gone more than a full year without winning, a drought he hasn't experienced since he was still new enough on the PGA Tour that his name was mistakenly pronounced “cupcake.”

If it doesn't seem like a full year, that's because it really wasn't. 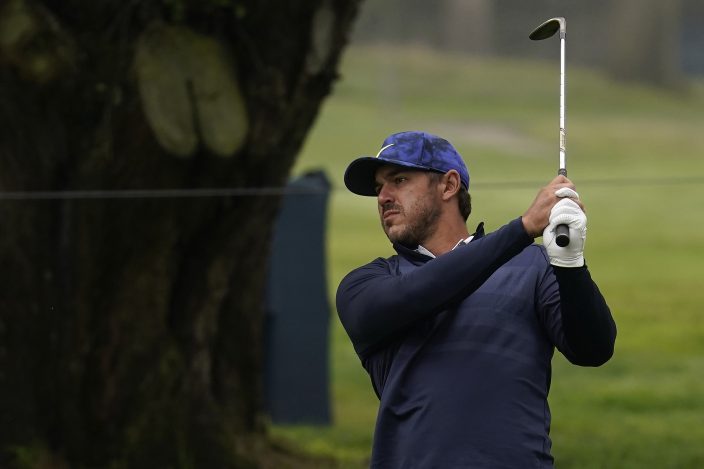 Either way, the PGA Championship should be the perfect place to end it.

It's a major, and Koepka believes those are the easiest for him to win. He said that last year going into the PGA Championship at Bethpage Black, right before he set the major championship record for the lowest 36-hole score (128), built a seven-shot lead and held on to win.

And he doubled down on that belief Tuesday.

“Yeah, I still feel that way,” Koepka said. “The way the golf course sets up eliminates pretty much half the guys. And then from there, half of those guys probably won't play well. Then from there, I feel like mentally I can beat the other half. So you've probably got 10 guys.”

The math was a little off, but Koepka isn't about to get caught up in minutiae.

“I think that's why I've played so well is I break things down very easily,” he said. “For some reason, people make golf a lot more complicated than it should be.”

Golf has been more frustrating of late.

He closed with a 65 at the RBC Heritage to finish seventh and seemingly get some momentum, only it didn't work out that way. He withdrew the next week when his caddie received a positive coronavirus test. He missed the cut at Muirfield Village for the Workday Charity Open, shot 80 in the final round at the Memorial, and then missed the cut at the 3M Open.

Pete Cowen, one of his swing coaches, arrived from England and provided a spark as much with his words as any technical advice. Cowen wouldn't reveal what was said other that to use a British term that roughly translates to stop feeling sorry for yourself and get moving.

“He beat me up pretty good,” Koepka said. “You get a little down, you play as bad as this, it's hard not to be a little bit down on yourself.”

Koepka responded with a runner-up finish at the World Golf Championship last week, pulling within one shot of Justin Thomas with a 40-foot birdie putt on the 17th hole, only to find the water with an aggressive play off the tee.

Is one tournament enough?

Is his left knee good enough to make him the player that spent 38 straight weeks at No. 1 in the world?

This could be the ultimate measure.

No one has won three straight U.S. Opens since Willie Anderson a century ago, and Koepka nearly pulled it off until Gary Woodland delivered two clutch shots in the final hour at Pebble Beach last year. No one has won the PGA Championship three straight times in stroke play, and Walter Hagen (1924-27) is the only one to win more than two straight in match play.

That's the opportunity Koepka gets this week at the TPC Harding Park.

His recent form allows for some doubts. His confidence — his swagger — suggests he should not be overlooked. Koepka plays with a swoosh on his shirt and a chip on his shoulder.

He won his first major and still had some doubters because the 2017 U.S. Open was at wide-open Erin Hills that was all about smashing it off the tee. And then he repeated on an entirely different test at Shinnecock Hills. Koepka still felt slighted two months later when he was left off the list of players being interviewed for a PGA Championship promotion going into Bellerive. He set the PGA Championship scoring record that week.

It was only five years ago that Koepka first became exempt for all four majors. Since then, he has shot par or better in 74% of his rounds. He has not missed a cut in a major since 2013. He started that year on the Challenge Tour.

Ricky Elliott, his caddie since 2013, recalls getting asked if would work with Koepka at Oak Hill for the 2013 PGA Championship. He met him for the first time on the range.

Koepka speaks freely on any topic, though he showed some reservation when asked he felt like the best player on the planet — he has slipped to No. 6 in the world ranking — when he showed up at Harding Park.

“I feel very confident in myself. I don’t know ... I think when you start saying it like that, I think you’re putting expectations,” he said. “I don’t put any expectations on myself. Just go play golf exactly like I know how, and if I do that, then yeah, I probably should win.”

Zalatoris getting a PGA Tour card a question of when an ...

The former president of the United ...

Krasnodar and Midtjylland will mak ...