The no confidence vote led to the resignation of all 19 Cabinet ministers and could hamper the government's efforts to contain the coronavirus pandemic.

The Andean nation has the third highest death toll from COVID-19 in Latin America, with more than 19,000 dead. The World Bank has forecast a 12% drop this year in Peru's economy, which has seen a plunge in tourism earnings during the pandemic and damage to thousands of businesses during a three-month national lockdown. 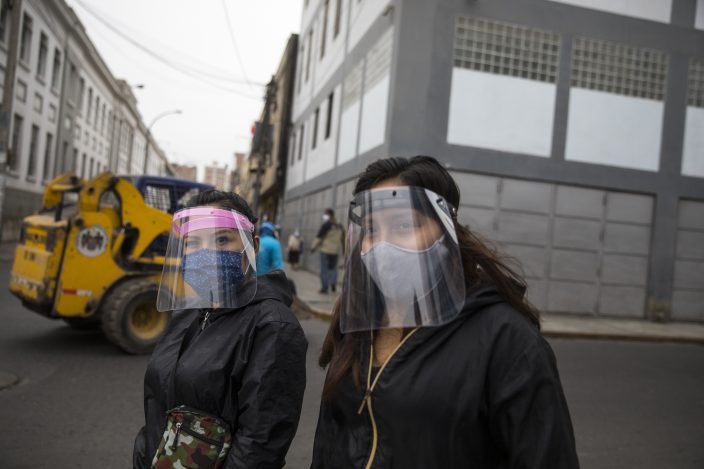 Under Peruvian law, Vizcarra has 72 hours following the vote to present a new Cabinet to Congress, which is made up of 130 legislators who represent 10 political parties.

The president, who is starting the final year of his term in office, said in nationally televised address that he failed to get congressional approval for the new Cabinet because some lawmakers put “their own interests above national interests.”

“It’s the first time in more than 20 years that Congress has rejected" a new Cabinet, he said. “Despite the health and economic crisis we are going through, Congress has decided to add another political crisis to this country.” 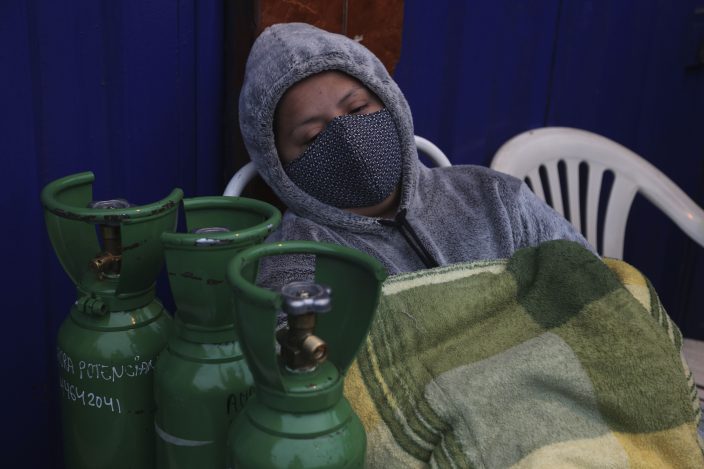 A woman sleeps next to her empty oxygen cylinder to refill as she waits for the shop to open in the San Juan neighborhood of Lima, Peru, Monday, Aug. 3, 2020. Peruvian authorities calculate that more than a quarter of Lima’s population may have been infected with the new coronavirus, and Peru has the highest death rate per million in the Americas. (AP PhotoMartin Mejia)

Peru's legislature and executive branch have been at loggerheads since 2018, when a congressional majority led by opposition leader Keiko Fujimori forced then President Pedro Pablo Kuczynski to resign over corruption allegations. Kuczynski was replaced by Vizcarra, who was the vice president,

Vizcarra dissolved Congress the following year, as both sides bickered over court appointments and measures aimed at tackling corruption.

Three former Peruvians presidents are currently under investigation for alleged corruption schemes involving the giant Brazilian construction company Odebrecht, which has admitted handing out $800 million in bribes to win public works contracts across Latin America. Fujimori is also under investigation for allegedly taking money from Odebrecht for her political campaigns. 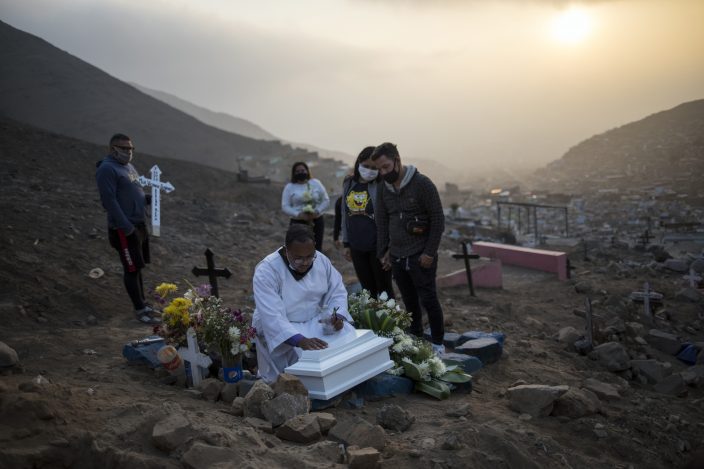 Brother Ronald Marin, a 30-year-old layworker from Venezuela, prays over the coffin that contains the remains of Keizer Quinones and Sarai Araujo's unborn daughter, at a burial service in the "Martires 19 de Julio" cemetery in Comas, on the outskirts of Lima, Peru, Tuesday, July 21, 2020. Marin is one of the few Catholic Church representatives who administers funerals in the cemetery far from the capital's center that looks like a miniature city wedged between two desert hills. (AP PhotoRodrigo Abd)

A new Congress was elected in special elections in January and will serve until next year. But none of the parties represent Vizcarra, who has continued to pursue an anti-corruption agenda.

Vizcarra cited several factors in the rejection of the Cabinet, including opposition to an education minister who tried to reform Peru’s higher education system. The families of several legislators own or manage private universities that would be affected by the proposed reforms.

Analysts speculated that some lawmakers from leftist parties voted against the Cabinet over Prime Minister Pedro Cateriano’s plans to promote large mining projects that have met fierce resistance from peasants worried about the contamination of water resources.

Belarus' borders with Poland and L ...

Pope Francis is giving his blessin ...