Even though his reign at No. 1 lasted all of two weeks, Jon Rahm can be considered in some circles as among the best players to have never won a major. Never mind that he's only 25 and didn't turn pro until four years ago.

Golf is getting younger.

Rahm understands why there might be certain expectations on him. After all, he earned a PGA Tour card after just four tournaments. He won in his 11th start with an eagle on the final hole at Torrey Pines. He already has 10 victories worldwide. 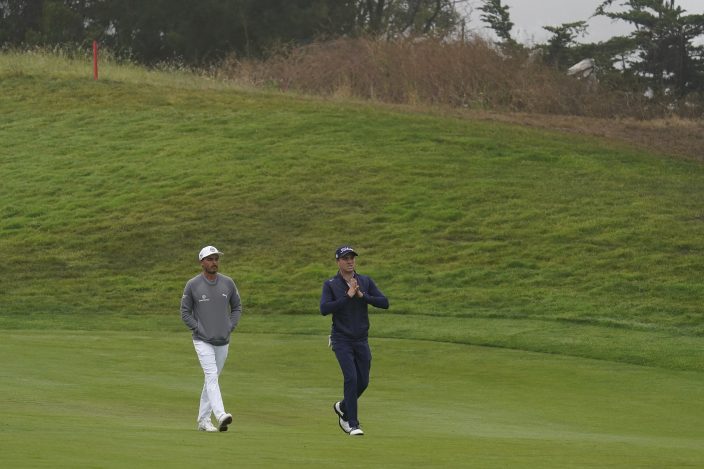 His own expectations are rising, too.

“My third major, the Masters, I was already one of the favorites to win because I played good golf,” Rahm said. “So I never really had that adjustment period, and maybe I didn't manage it as best I could have.”

He played his first major at Oakmont for the U.S. Open in 2016, right after he graduated from Arizona State. He was low amateur, and that made him feel like he could contend. 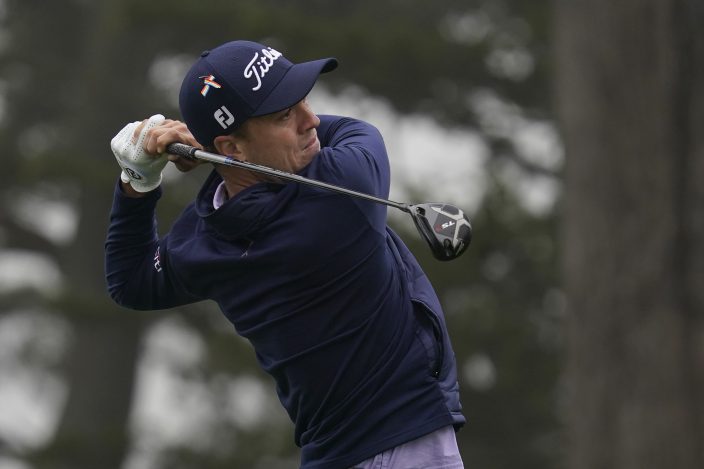 “I didn't play my best golf, top 25, so I was like, ‘Well, if I play good I’m going to be able to win,'” he said Tuesday. “You get a reality check that major championship golf is not just playing good. It's more a mental test than anything else. I've been having some good showings and somewhat close calls, but I'm ready to have a better chance on a Sunday.”

Hideki Matsuyama, who was 25 when he reached No. 2 in the world, noticed his expectations of winning started early. He made the cut twice at the Masters as an amateur. At age 21, he tied for sixth at Muirfield in the British Open. His best chance was at the 2017 PGA Championship, when he was one-shot behind with three holes to play and finished three shots behind Justin Thomas.

“When I first started until now, especially when you have a chance to win a major and know that you can, it does make the expectation or level of play a lot higher, sets the bar higher,” he said Tuesday through an interpreter. “I haven't really been playing well as of late, but hopefully this week I can turn it around and contend again.” 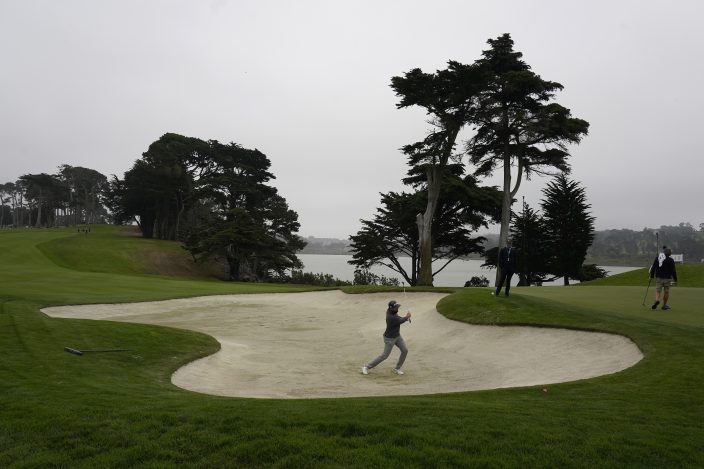 Mark Hubbard hits from a bunker to the 15th green during practice for the PGA Championship golf tournament at TPC Harding Park in San Francisco, Tuesday, Aug. 4, 2020. (AP PhotoJeff Chiu)

CBS Sports lead announcer Jim Nantz paid tribute to his late sidekick in golf, Ken Venturi, who grew up playing Harding Park before going on to a U.S. Open title at Congressional in 1964.

Nantz said Venturi played the public course so many times that his ringer score — cumulative total of his best score on every hole — was 35-under par. 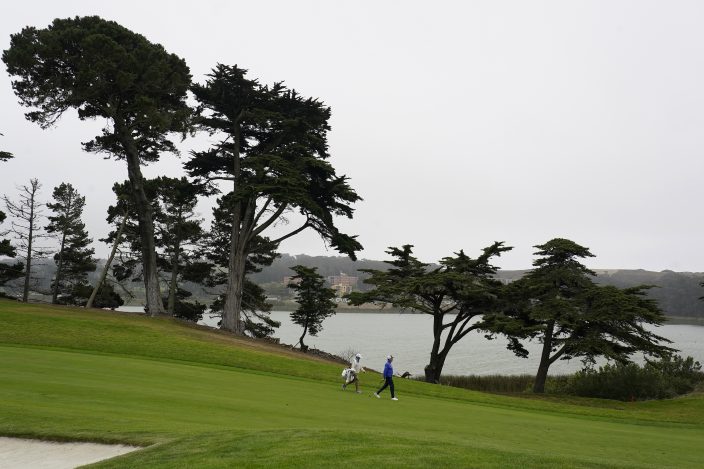 “He eagled every hole but one,” Nantz said.

Perhaps the best memory, however, was a Lucky International pro-am round in 1966, when Venturi made a hole-in-one on the eighth hole.

“Place is going crazy, and pro-am partner says, ‘Who is that blankety-blank lady that just crawled underneath the gallery ropes and took your ball out of the cup?’ Ken looked at him and said, ‘If I’m not mistaken, I believe that's my mother,' And it was," Nantz said. “Prideful mom, Ms. Venturi ran out on the green and took the ball out of the hole for Kenny.

“Maybe we'll have a few memorable moments like that this week,” Nantz said. “I hope so. Not quite like that. But some great moments.”

THE SEARCH FOR NO. 2

Justin Thomas has reason to feel fortunate. He won the PGA Championship in 2017 at Quail Hollow for his first major at age 24. He got it out of the way early, unlike his friend Rickie Fowler, who is still searching for his first one.

Thomas doesn't see it that way.

Yes, he has a major. He's just bothered that he doesn't have more at this point. His victory last week in the World Golf Championship was the 13th of his young career.

Thomas considers himself an underachiever at age 27.

“I don't want to say anybody can win one, but it’s definitely harder to win two than it is one,” he said. “It seems like to get to that other level, and to be getting up into the double digits in majors for a career, you need to get going a little bit. ... And when you’re stuck on one, it’s pretty hard to get there because you’ve got to get to two.”

Double digits in majors is asking a lot. Jack Nicklaus (18), Tiger Woods (15) and Walter Hagen (11) are the only players to do that. But he came to one conclusion everyone appreciate.

“It's hard to win golf tournaments. It's really hard to win majors,” he said. “No matter if you have won them or haven't, it's still tough.”

A shorter PGA Tour season because of the pandemic has led the PGA of America to modify its two major awards for tour players.

The Vardon Trophy, which dates to 1937 and is given to the PGA Tour player with the lowest adjust scoring average, required a play to complete at least 60 rounds. That number has been reduced to 44 this year because the tour went three months without playing due to the COVID-19 pandemic. Still in place are players becoming ineligible if they withdraw in the middle of a round.

The PGA Player of the Year Award, first presented in 1948, is based on points for winning tournaments, position on the money list and scoring average. This year it will only have one major count toward the award because the U.S. Open and Masters are in the fall and the British Open was canceled. Majors count for 20 points. Regular PGA Tour events are worth 10 points.

Kaymer inspired by video of last major win 6 years ago