The Blue Jays played their first game since Thursday. Their weekend series against Philadelphia was postponed in this virus-interrupted season.

Riley pulled a 3-2 pitch from Matt Shoemaker into the Blue Jays' bullpen behind the left-field wall in the fifth. 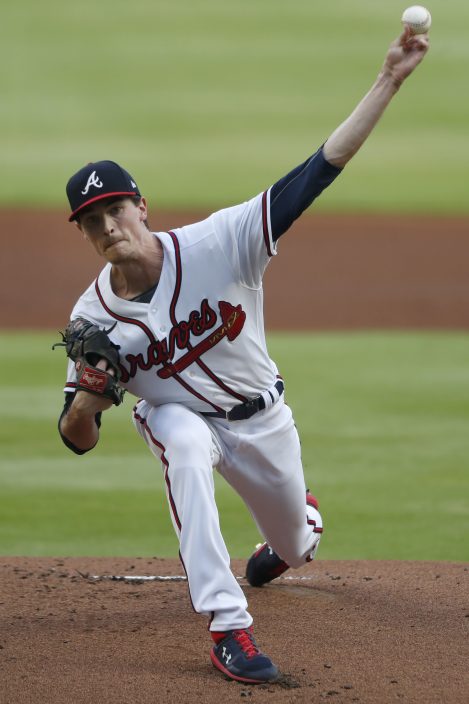 It was the third homer allowed by Shoemaker (0-1), following shots by Matt Adams and Tyler Flowers in the second.

Fried (2-0) was thrust into the role of staff ace when Mike Soroka suffered a torn right Achilles tendon on Monday night, ending his season.

Adams' homer had a splash landing in the waterfall pool behind the center-field fence. Flowers' shot landed in the first row of the left-field seats. 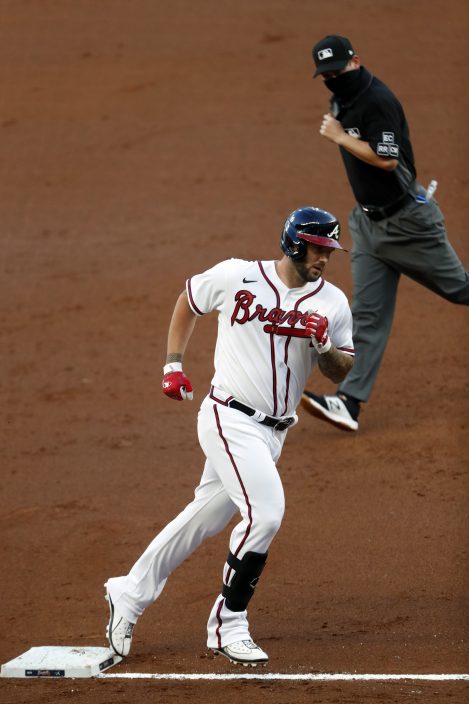 Atlanta Braves' Matt Adams (18) rounds third base after hitting a home run in the second inning of a baseball game against the Toronto Blue Jays Tuesday, Aug. 4, 2020, in Atlanta. (AP PhotoJohn Bazemore)

Shoemaker gave up six hits and six runs in 4 2/3 innings in his first start since July 25.

Fried gave up only four hits, including a leadoff double by Vladimir Guerrero Jr. in the fifth. Guerrero scored when Anthony Alford's ball bounced off Riley's glove at third base and into left field for a single.

Dansby Swanson's eighth-inning double off Wilmer Font drove in Ronald Acuña Jr. and Ender Inciarte, who each had two hits. Adam Duvall and Johan Camargo also drove in runs in the four-run inning. 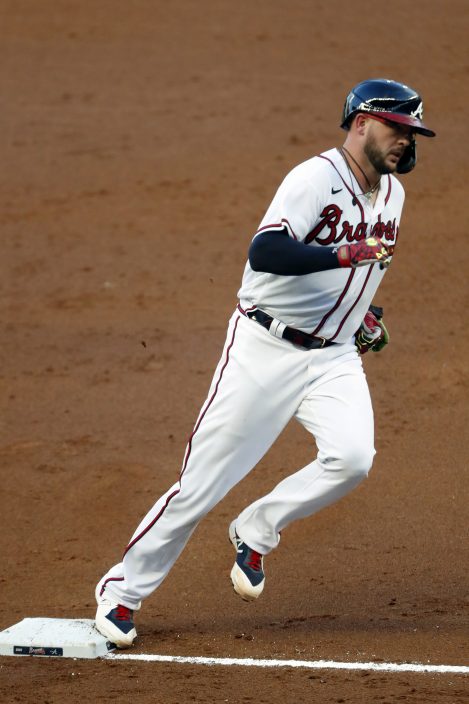 Atlanta Braves' Tyler Flowers rounds third base after hitting a home run in the second inning of a baseball game against the Toronto Blue Jays Tuesday, Aug. 4, 2020, in Atlanta. (AP PhotoJohn Bazemore)

Blue Jays: INF Travis Shaw was activated after being placed on family medical leave on July 27. Manager Charlie Montoyo said he would see how Shaw feels Wednesday “and we'll go from there.” ... OF Randal Grichuk returned from a sore back. He said he tweaked his back while “kind of demonstrating some swings” during the team's opening series at Tampa Bay. ... Montoyo said RHP Chase Anderson (oblique) could return as a starter or in a relief role.

Braves: Adams left the game with left hamstring tightness after grounding out in the fourth. ... LHP Will Smith will pitch in a simulated game at the team's alternate site on Thursday. Smith has been cleared after testing positive for the coronavirus at the start of the delayed season. “He feels great,” said manager Brian Snitker. ... Slumping 2B Ozzie Albies (stiffness in his right wrist) was moved down from second to seventh in the batting order. The switch-hitting Albies struck out as a left-hander against left-hander Anthony Kay in the seventh as evidence the wrist soreness is affecting his swing. 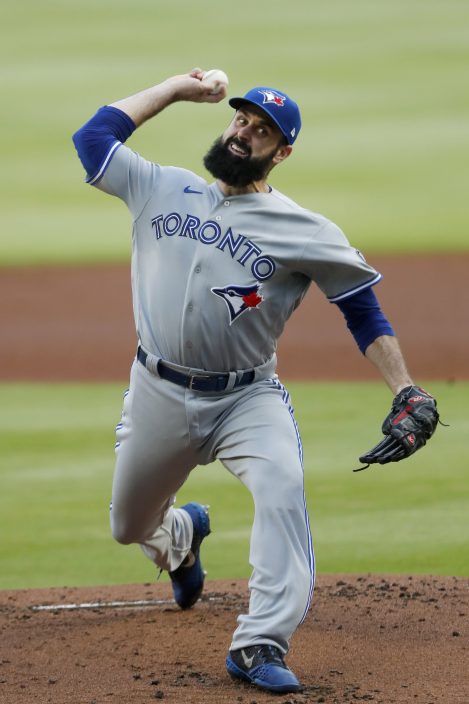 Atlanta's Sean Newcomb will face Toronto's Hyun Jin-Ryu in Wednesday night's matchup of left-handers looking for their first win of the season. The Braves need Newcomb to emerge as a reliable starter for a rotation that has lost Soroka and Mike Foltynewicz, who was designated for assignment and now is working at the team's alternate training site. 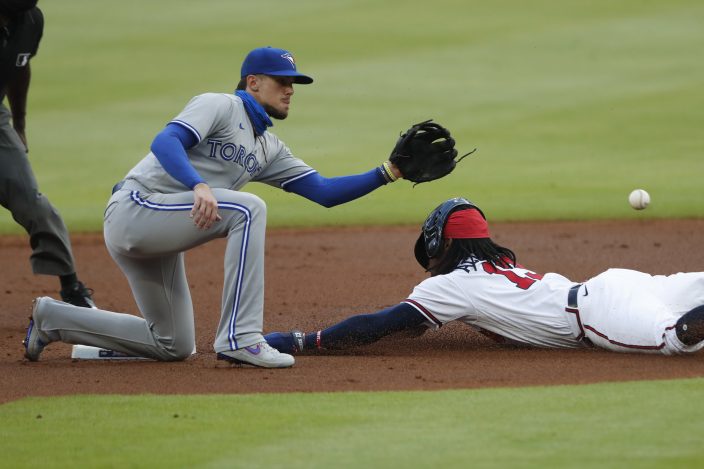 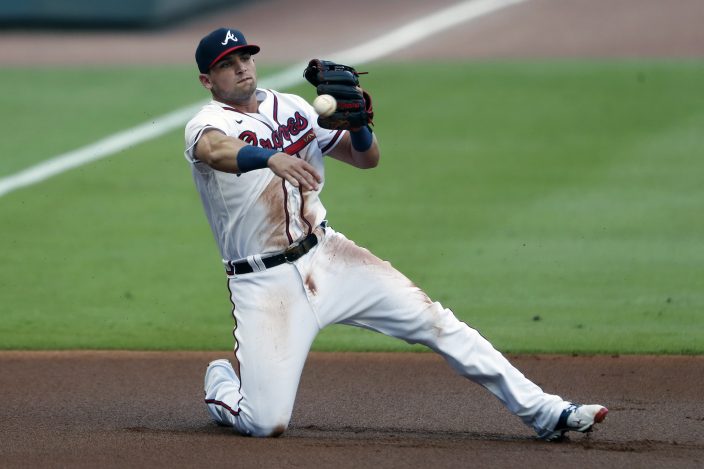 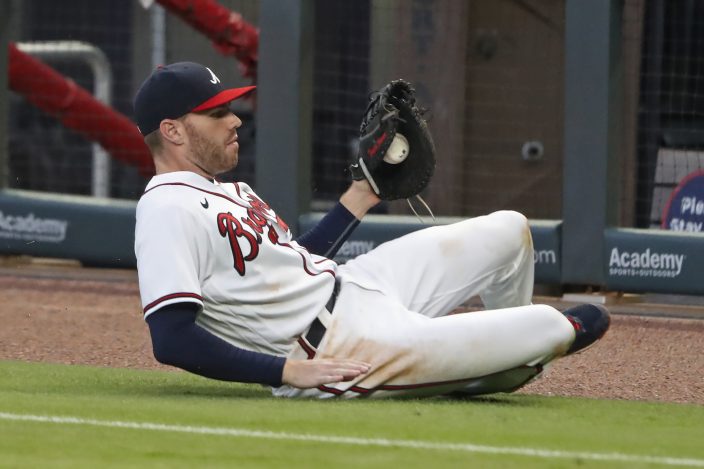 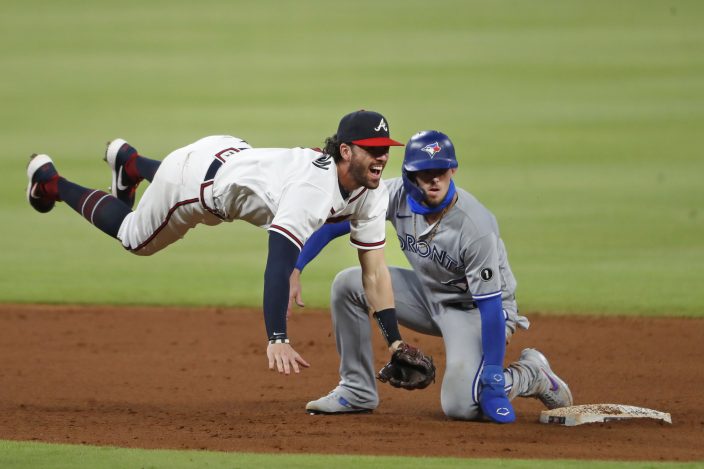 U.S. consumer spending slowed in A ...