Germán Márquez struck out nine in efficiently throwing into the eighth inning and benefited from an overturned home-run call as the rolling Colorado Rockies beat the San Francisco Giants 5-2 on Tuesday night.

The Rockies moved to 8-2 for the second time in franchise history, joining a 2011 team that finished 73-89.

Trailing 3-0 in the fifth, the Giants thought they tied it on a three-run homer by Steven Duggar that hit off the top of the wall. A crew chief review overturned the call and awarded Duggar a two-run double. Márquez struck out Mike Yastrzemski and got Alex Dickerson to fly out to keep it a 3-2 game. 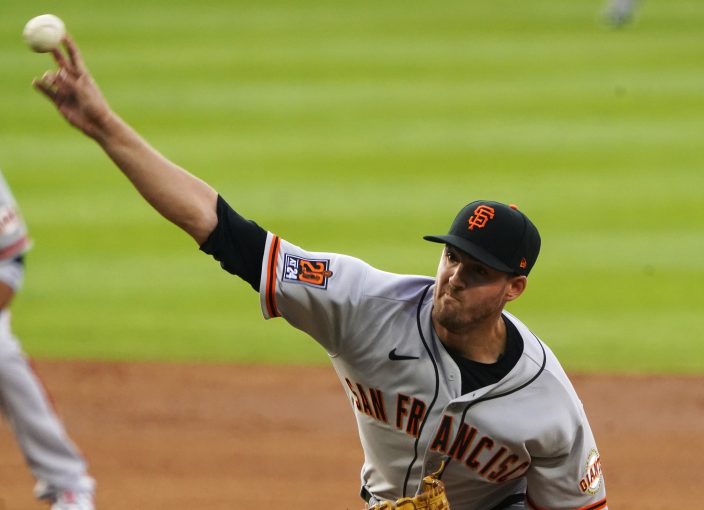 Márquez (2-1) scattered six hits over 7 1/3 innings and threw 101 pitches. This was a vastly improved outing compared to his last start against the Giants on July 15, 2019. In that game, the hard-throwing Márquez surrendered 11 runs over 2 2/3 innings during a 19-2 loss.

Yency Almonte got five outs, including two double plays, pick up his first career save.

Nolan Arenado went deep for a second straight night on a liner in the sixth that just crept over the wall. It was his 30th career homer against the Giants, the most all-time among Rockies hitter. His prodigious numbers led San Francisco manager Gabe Kapler to label Arenado a “Giant killer” before the game. 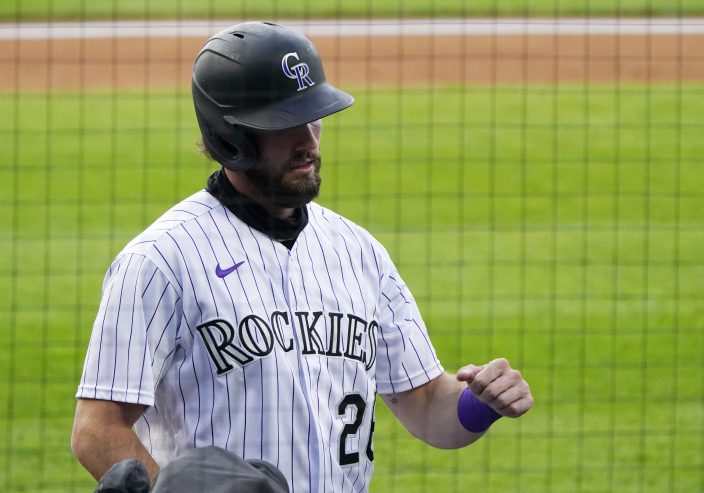 Marquez and Almonte kept the Giants inside the park — barely — to end San Francisco’s streak of homering in 13 straight games at Coors Field. The string dated back to Sept. 3, 2018.

The fielding woes of the Giants continued with three more errors, including one on Tyler Heineman for catcher’s interference. It brings their total to 16 this season. They’ve committed multiple errors in six of their 12 games. 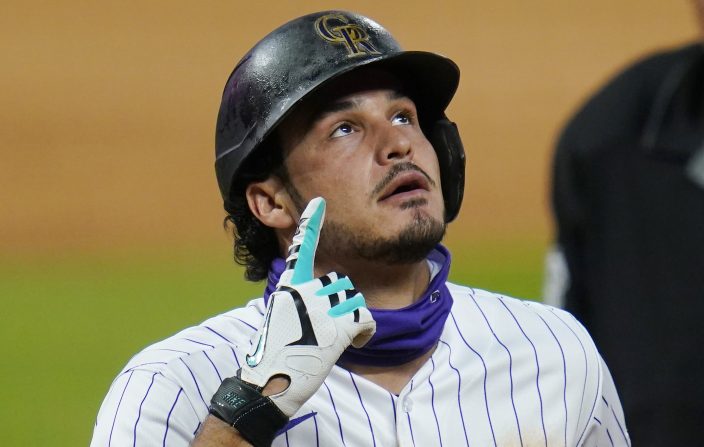 Colorado Rockies' Nolan Arenado points to the sky after hitting a solo home run against the San Francisco Giants during the sixth inning of a baseball game Tuesday, Aug. 4, 2020, in Denver. (AP PhotoJack Dempsey)

Giants: LHP Drew Smyly (sprained left index finger) will stay in San Francisco for physical therapy. He won’t throw for at least a week. ... RHP Trevor Cahill (right index fingernail) is scheduled to throw a simulated game in Sacramento at the end of the week. ... The Giants are targeting a simulated game for INF Yolmer Sánchez this weekend. ... RHP Sam Coonrod (lat strain) may soon start a throwing program. 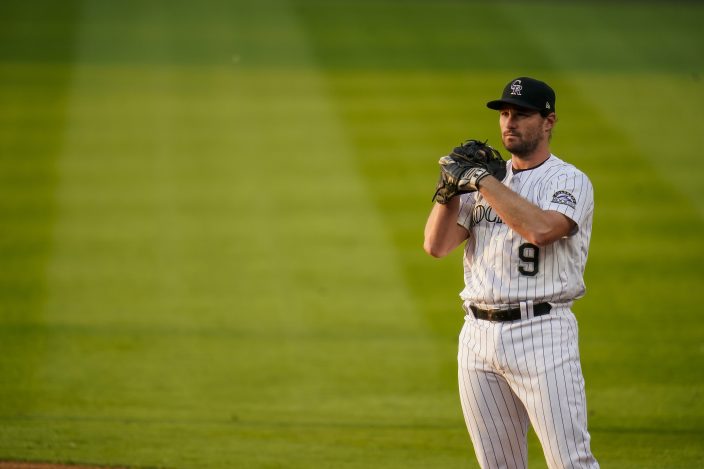 Colorado right-hander Jon Gray (0-0, 2.61 ERA) searches for his first win of the season when he takes the mound Wednesday for Game 3 of the four-game series against San Francisco. The Giants haven’t named a starter.