José Altuve and Carlos Correa hit solo homers, George Springer added a two-run double and the Houston Astros roughed up Madison Bumgarner in an 8-2 victory over the Arizona Diamondbacks on Tuesday night.

Altuve hit his homer in the first inning and Correa connected in the second. The Astros put the game away in the fifth inning with five runs, including two on Springer's bases-loaded double.

Houston has won three of its past four games. Cristian Javier (1-0) was excellent in his second career start, giving up one run on four hits over six innings. The 23-year-old's emergence has been crucial for the Astros, who don't have ace Justin Verlander because of a strained right forearm. 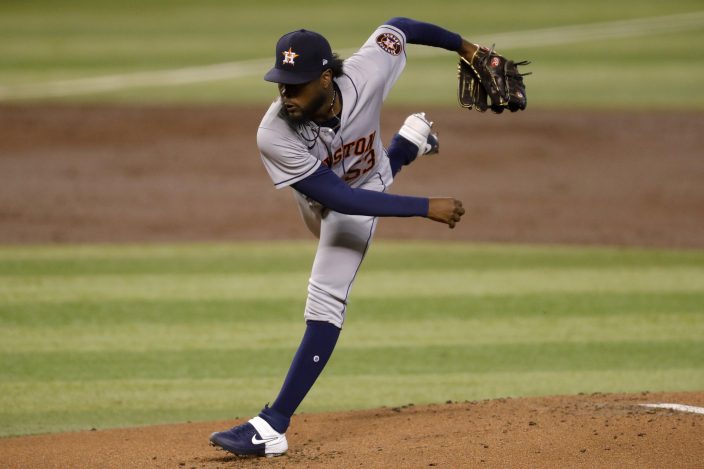 Humberto Castellanos pitched a scoreless ninth for the Astros in his big league debut.

The Diamondbacks fell to 3-8 and have lost five of six.

Bumgarner (0-2) had his worst outing of the season, giving up eight runs over 4 1/3 innings. The 31-year-old lefty signed an $85 million, five-year deal with the Diamondbacks in the offseason but in three starts hasn't looked like the same pitcher who helped the San Francisco Giants win three World Series titles over the past decade. 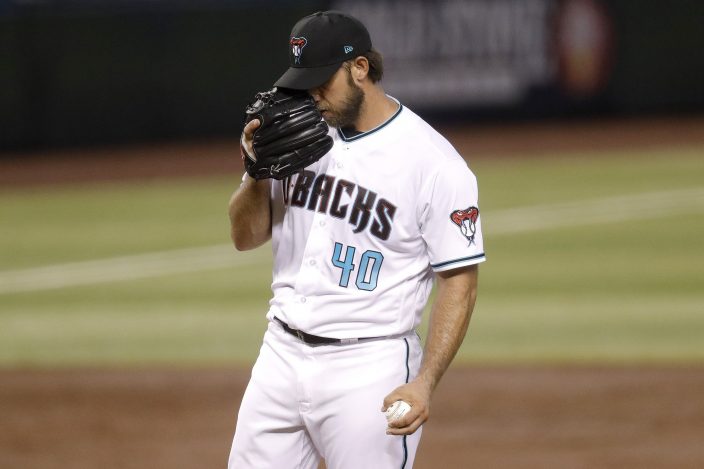 Arizona Diamondbacks starting pitcher Madison Bumgarner (40) looks away in between pitches against the Houston Astros during the third inning of a baseball game Tuesday, Aug. 4, 2020, in Phoenix. (AP PhotoMatt York)

His fastball velocity was down in the 87-89 mph range and Altuve hit the first one he saw into the left-center field stands for a solo homer. Bumgarner gave up seven hits, hit three batters, walked two and had a costly error in the fourth when his errant throw to second base skipped into center field.

The D-backs' lineup came into the game hitting just .192 and had another tough night. In the sixth inning, manager Torey Lovullo pulled the top five hitters of the lineup: Ketel Marte, Kole Calhoun, Starling Marte, Christian Walker and Eduardo Escobar. 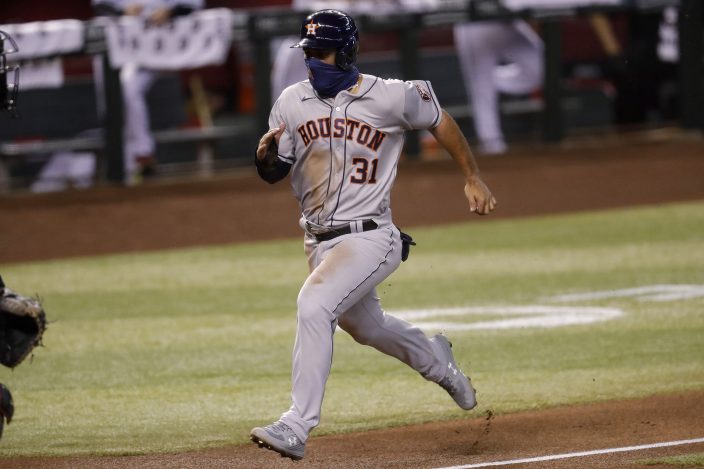 The 26-year-old Young was playing in just his second game in the big leagues. He hit a double and a single in his first two career at-bats on Tuesday after coming into the game as a defensive replacement on Sunday. 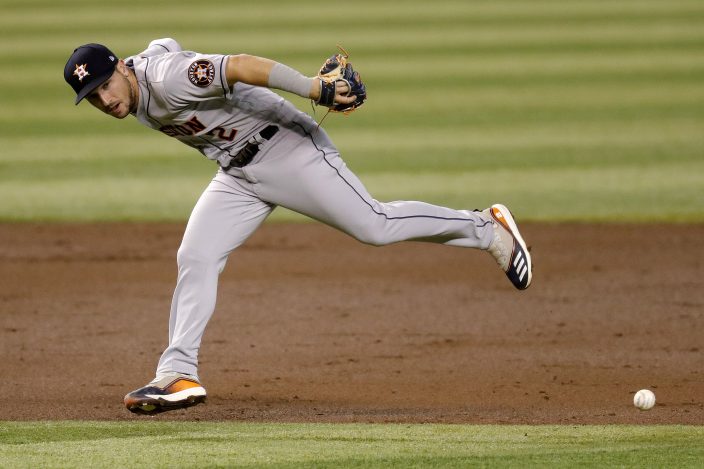 Houston Astros' Alex Bregman (2) can't get a glove on base hit by Arizona Diamondbacks David Peralta during the second inning of a baseball game Tuesday, Aug. 4, 2020, in Phoenix. (AP PhotoMatt York)

Astros: OF Michael Brantley (quad) was out of the lineup on Tuesday. Manager Dusty Baker said Brantley is day-to-day and could miss Wednesday's game. Brantley is hitting .438 though nine games.

Diamondbacks: David Peralta got a rare start at DH after spending most of the season in left field. Rookie Daulton Varsho made the first start his career in left. Peralta was hitting just .182 through the season's first 10 games. Lovullo said he wanted to get Peralta off his feet for two days straight after the D-backs also had an off day on Monday. 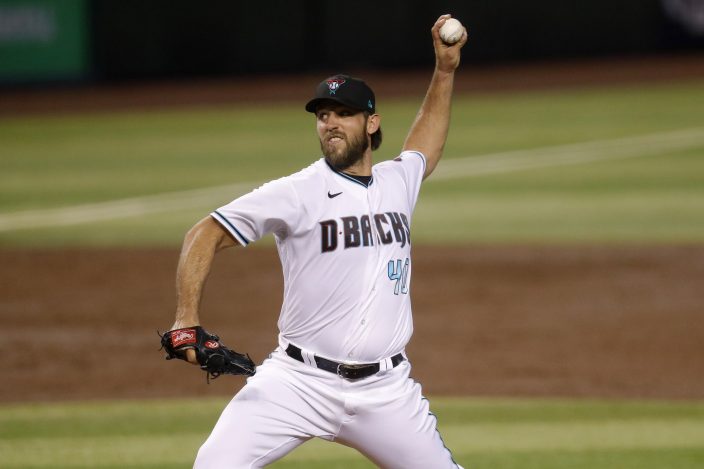 Foles gets a chance to show he's more than a good ...

11 Democratic governors vow that all votes will be coun ...