AJ Pollock hit a pinch, go-ahead double in the seventh inning and added a solo homer, and Dustin May struck out a career-high eight to help the Los Angeles Dodgers beat the San Diego Padres 5-2 on Tuesday night.

Mookie Betts entered the game in right field in the eighth inning after missing Monday night’s 5-4 loss in the series opener due to a finger injury.

May (1-0), who made his MLB debut against the Padres on Aug. 2, 2019, got his first career win against San Diego after two losses. He held San Diego to three hits and two runs in six innings, with one walk. Kenley Jansen pitched a perfect ninth for his third save in three chances. 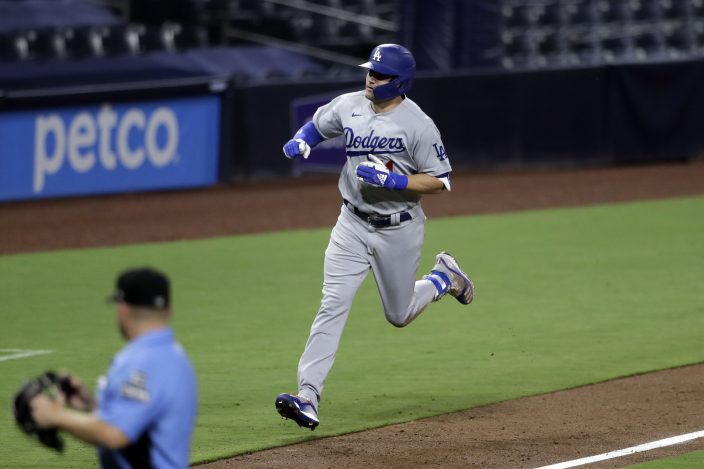 After knocking starter Dinelson Lamet out of the game in the sixth, the Dodgers went ahead on an unearned run in the seventh. Austin Barnes reached on reliever Craig Stammen’s two-out, two-base throwing error and scored on Pollock’s double to right off Tim Hill.

Pollock hit a leadoff homer in the ninth off Pierce Johnson, his third.

Lamet almost got out of the sixth with a no-hitter and a 2-0 lead before the Dodgers tied it in the span of three batters. Lamet hit Justin Turner with a pitch with two outs, and reigning NL MVP Cody Bellinger singled past diving second baseman Greg Garcia for LA’s first hit. Corey Seager singled to bring in Turner, and Bellinger scored on center fielder Trent Grisham’s error. 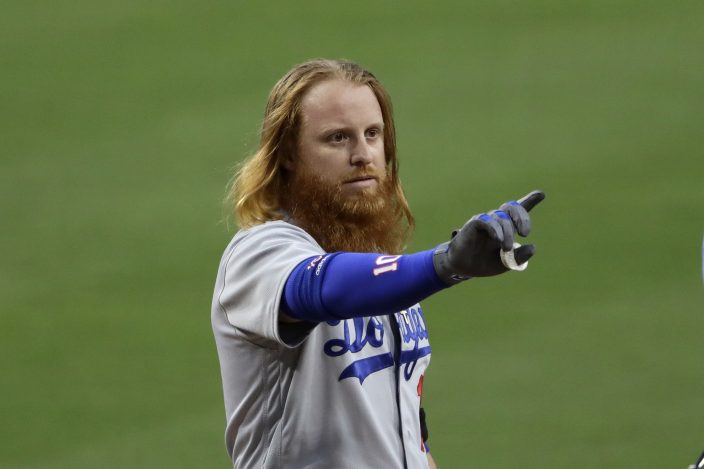 It was the 74th time Turner was hit by a pitch, setting the franchise career record.

Chris Taylor added an RBI single in the eighth.

Rookie Jake Cronenworth hit his first home run and continued to make spectacular plays at first base for the Padres. 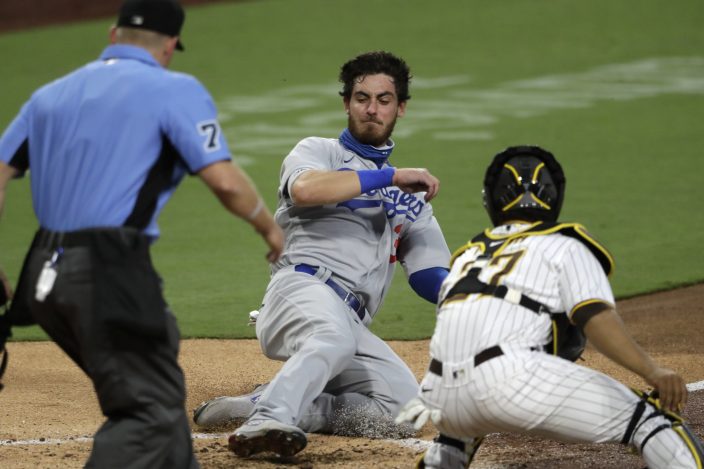 Cronenworth homered to right off May with two outs in the fourth inning for a 2-0 lead. In the top of the sixth, he leaped to snag Seager’s line drive. Cronenworth also made a nice play on Seager’s grounder leading off the second.

Cronenworth was making his fifth start at first base in place of Eric Hosmer, who’s on the injured list with a stomach ailment. He hit a go-ahead RBI single in Monday night’s 5-4 win and also made several nice plays at first.

Cronenworth made his big league debut on July 26. He was obtained with outfielder Tommy Pham from Tampa Bay in exchange for outfielder Hunter Renfroe. 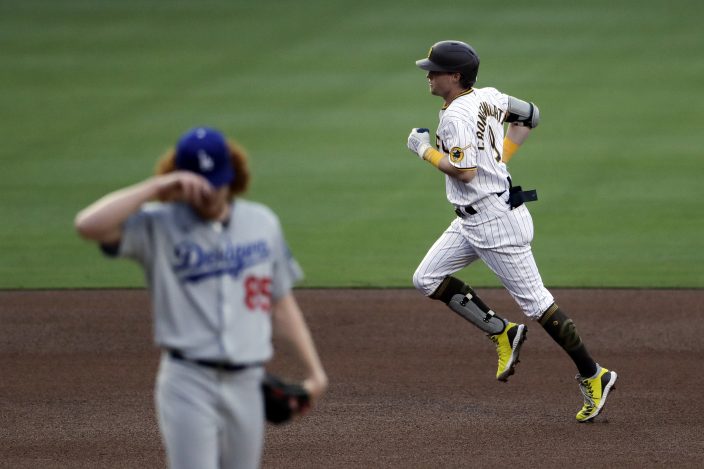 The Padres scored their first run in the third when Francisco Mejia was hit by a pitch with one out and came around on Fernando Tatis Jr.’s double into the right-field corner. Mejia collided with catcher Austin Barnes, who dropped the ball.

Dodgers: Betts missed his second straight start with a finger injury suffered during an at-bat Sunday at Arizona. “The swelling is dissipated some but not where we feel comfortable having him out there,” manager Dave Roberts said. “Our hope is to get him back in there tomorrow.” 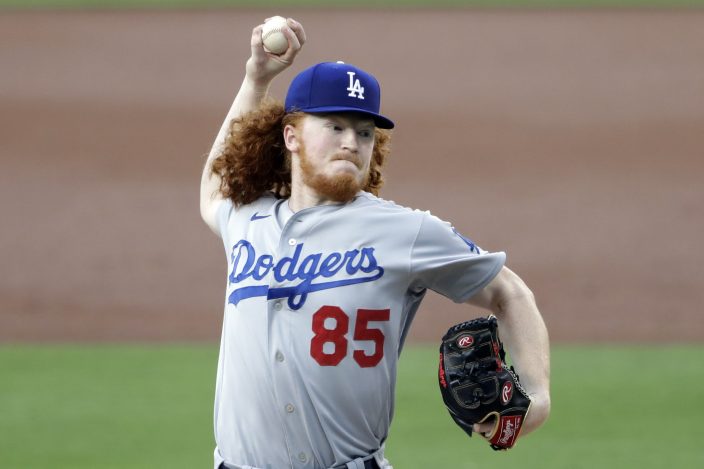 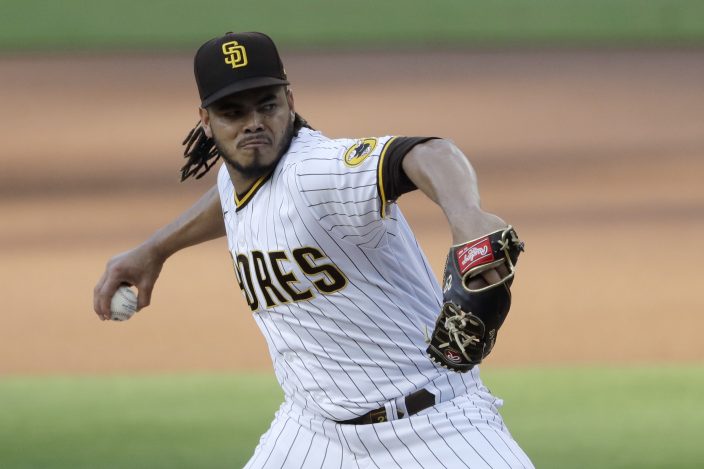 Daniel Sánchez is one of the lucki ...

The health of North Korean leader ...