Mike Trout homered in his first plate appearance as a father, Albert Pujols moved one step closer to Willie Mays on the career home runs list and the Los Angeles Angels beat the Seattle Mariners 5-3 on Tuesday night.

Trout missed four games while on paternity leave for the birth of his son, Beckham Aaron Trout. He returned with a solo shot to left-center in the first inning and finished 1 for 3 with a walk on a day full of news for the Angels as top prospect Jo Adell also made his debut.

Pujols hit a two-run homer later in the first for a 3-0 lead, giving him 659 for his career, one behind Mays on the career list. 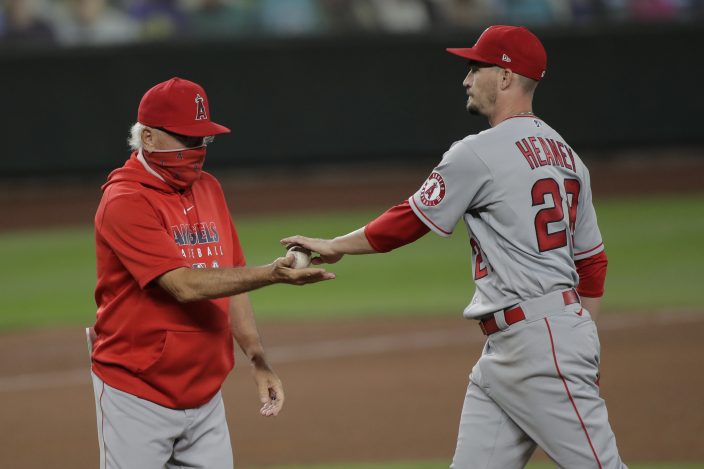 Adell legged out an infield single in his first at-bat for his first major league hit and finished 1 for 4 with a strikeout. One of the most heralded prospects in baseball, Adell boasts a five-tool skillset and is expected to be the team's primary right fielder.

David Fletcher added a two-run homer for the Angels in the seventh.

Angels starter Andrew Heaney (1-0) struck out three, walked four and allowed a run and three hits in 5 2/3 innings. He allowed a run-scoring triple to Austin Nola in the sixth inning that ended his night. 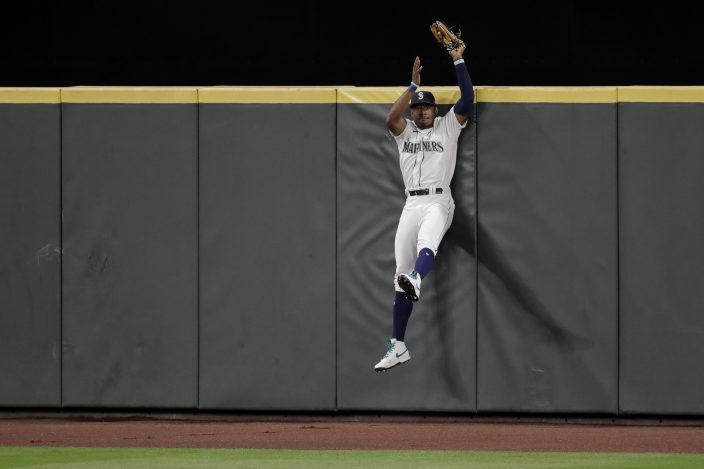 Mariners rookie Justin Dunn (0-1) needed 37 pitches to get out of the first and was charged with three runs over four innings.

Angels: RHP Cam Bedrosian was placed on the 10-day injured list with a right abductor strain. Bedrosian has appeared in four games, giving up one run in 4 1/3 innings. The Angels recalled Kyle Keller from the alternate training site. 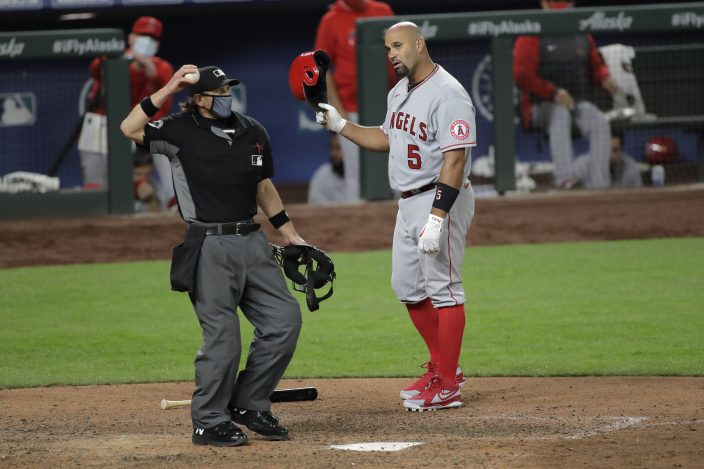 Los Angeles Angels' Albert Pujols (5) looks at home plate umpire Chris Guccione after he was called out on strikes looking to end the top of the eighth inning of the team's baseball game against the Seattle Mariners, Tuesday, Aug. 4, 2020, in Seattle. (AP PhotoTed S. Warren)

Mariners: RHP Kendall Graveman went on the 10-day injured list with a neck injury he aggravated in his last two starts, both losses. Servais said RHP Nick Margevicius, a former starter, could get Graveman’s rotation spot on Saturday. He plans to keep Seattle on a six-man rotation. The Mariners also selected RHP Joey Gerber, who made his major league debut with a 1-2-3 inning, recalled LHP Taylor Guilbeau and optioned Zac Grotz to the alternate training site.

Angels: Offseason signee RHP Julio Teherán is expected to make his debut for the Angels.