A car believed to be transporting migrants who recently entered the country crashed into roadworks on a highway in northern Greece overnight, killing seven people and injuring five, police said.

Police said the crash occurred just before 1 a.m. local time Wednesday, outside the northeastern city of Alexandroupolis, when the car ran through roadworks and into a cement base on which toll booths are to be installed.

Authorities said all of the dead and injured were men. Two were severely hurt and hospitalized in an intensive care unit. Their nationalities were not immediately available. 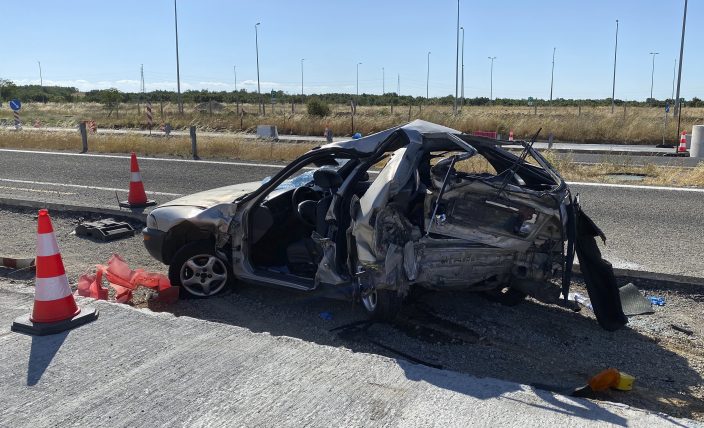 A damaged car sits at toll stations still under construction in the village of Ardanio, near Alexandroupolis town, northeastern Greece, Wednesday, Aug. 5, 2020. Police say the car is believed to have been transporting migrants who recently entered the country illegally and crashed into roadworks on a highway overnight, killing seven people and injuring five. (e-evros.gr via AP)

Thousands of migrants head to Greece from nearby Turkey, most hoping to make their way to more prosperous European countries farther north. Although most arrive on eastern Aegean islands near the Turkish coast, many cross the land border in northeastern Greece.

Democrats try to stick to health care in Supreme Court ...

Democrats are confronting the limi ...

Greece: 4 Afghans charged with arson for fire at Lesbos camp

Greek minister: Force may be used to move homeless migrants