A fundraising drive has reached its goal of bringing in $1.5 million to save Space Camp from closing because of the coronavirus pandemic, organizers said.

A corporate donation of $250,000 by the technology company SAIC Inc. pushed the effort over the top, officials said in a statement Tuesday.

Nearly 8,000 people and companies from three dozen countries contributed to the “Save Space Camp” drive in the week it took to reach the goal, and donations will continue to be accepted. 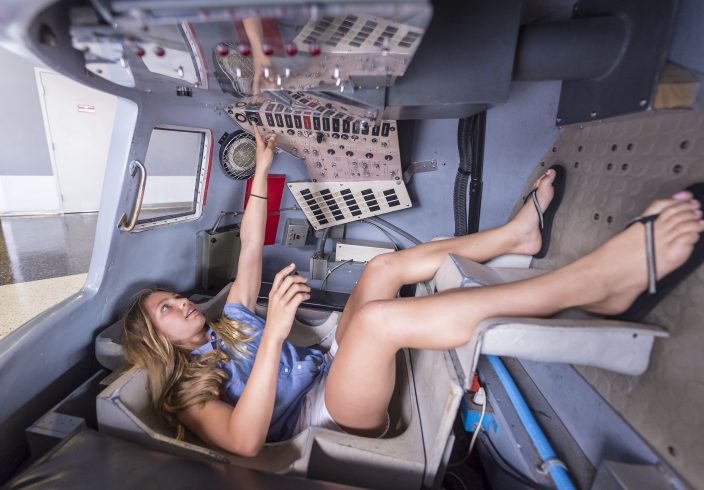 FILE- Tara Clemenceau, 11, visiting from France, tries her hand at the controls of a Mercury space capsule at the U.S. Space & Rocket Center in Huntsville, Ala in this July 12, 2018 file photo. Space Camp, an educational program attended by nearly 1 million people, including a dozen who went on to become astronauts or cosmonauts, said Tuesday, July 28, 2020 it's in danger of closing without a cash infusion because of the coronavirus pandemic. (AP PhotoVasha Hunt, File)

Located in Huntsville, Alabama, Space Camp is an internationally known educational program run by the state-owned U.S. Space and Rocket Center. Leaders said the pandemic has hurt revenues so badly that donations were needed to continue operating the museum and to reopen Space Camp in the spring.

Nearly 1 million youths and adults have attended Space Camp since it opened in 1982, and a dozen people who went on to become astronauts or cosmonauts participated.

The Space and Rocket Center was closed from mid-March through late May because of the shutdown to slow the spread of COVID-19, and Space Camp, which features students working in groups on simulated space missions, did not reopen until late June with a limited capacity.

This time, the Detroit Lions didn’ ...