After more than a week’s worth of meetings, at least some clarity is emerging in the bipartisan Washington talks on a huge COVID-19 response bill.

An exchange of offers Tuesday and a meeting devoted to the U.S. Postal Service on Wednesday indicates a long slog remains, but the White House is offering some movement in House Speaker Nancy Pelosi’s direction on aid to states and local governments and unemployment insurance benefits. Multiple issues remain, but some areas of likely agreement are coming into focus.

Here's a look where things stand based on public and private statements by key players and their staff: 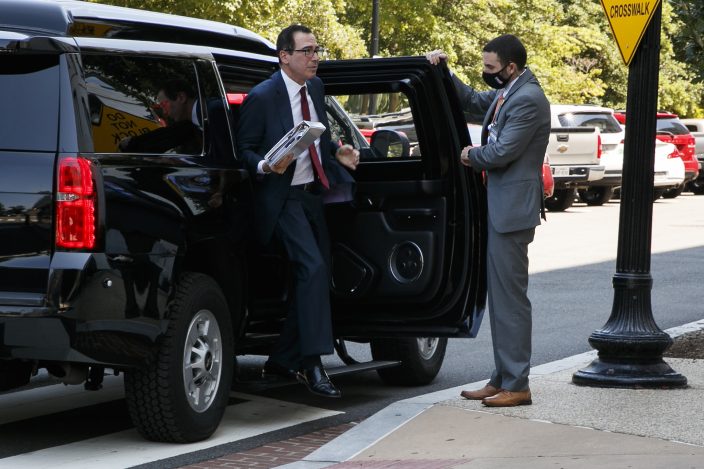 Pelosi is staking out a hard line on extending a $600-per-week supplemental pandemic federal jobless benefit, which lapsed last week. Republicans offered to extend the benefit into December and cut it to $400, according to aides confirming leaks reported in Politico. The aides were unauthorized to discuss the private talks and spoke to The Associated Press on condition of anonymity. The unemployment insurance issue is perhaps the most important to resolve, but some Senate Republicans up for reelection this fall appear comfortable with yielding on the question.

AID TO STATE AND LOCAL GOVERNMENTS 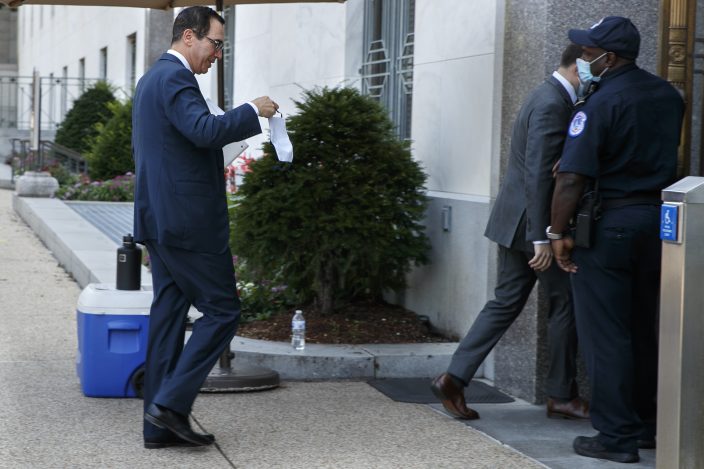 Similarly, the White House has offered Democrats $150 billion in new appropriations to help state and local governments alleviate revenue losses from the damage the coronavirus has wrought on the economy. That matches the amount appropriated after a huge behind-the-scenes battle during negotiations on the bipartisan $2 trillion coronavirus bill that passed in March. Much of that original money is left over, and all sides want greater flexibility in using it, but Pelosi is demanding far more — almost $1 trillion — and key Republicans like Susan Collins of Maine, Cory Gardner of Colorado and Mitt Romney of Utah are pressing for more money as well.

Private-sector analysts say the issue can be addressed with considerably less money than Pelosi wants, especially if Congress revisits the issue later. 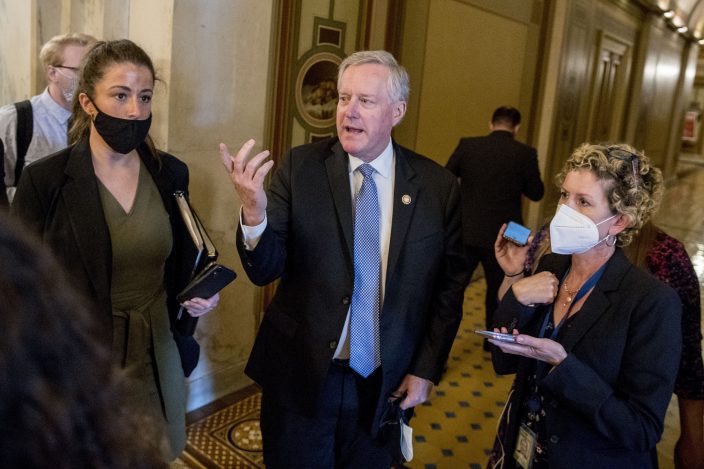 Pelosi and President Donald Trump agree on another $1,200 direct payment to most Americans, making the idea all but certain to be included in the final agreement, at a cost in the $300 billion range. Pelosi is also pressing the case for a 15% increase in food stamp benefits that are especially important to key progressive constituencies, and Democrats won't allow $20 billion in aid to farmers without a big trade-off on food aid.

Democrats are also pressing for help for renters and homeowners having difficulty making housing payments and help for front-line essential workers, but both sides support more funding for child care grants, community health centers and energy subsidies for the poor.

A cornerstone to any agreement, and one of the areas in which both sides are eager to display generosity, involves over $100 billion for help to school systems. The White House and its GOP allies are pressing for more money for schools that return students to the classroom and want to help private schools as well. Very tricky talks remain, and Republicans are carping that Pelosi is being too greedy. Meanwhile, schools are beginning to reopen across the country.

Senate Majority Leader Mitch McConnell, R-Ky., continues to insist that the legislation include some sort of liability shield against lawsuits brought against businesses, schools and universities, and charities that operate during the pandemic. Pelosi is opposed for now, but Democrats — who see it's a key to any final agreement — aren't ruling the idea out. But talks have yet to begin on the thorny topic, and there seems to be suspicion among Republicans that the White House negotiating team isn't as solidly behind the idea as McConnell is.

More than $100 billion in leftover loan funding from the Paycheck Protection Program — relief money for small businesses — is up for grabs. Top advocates like Sen. Marco Rubio, R-Fla., are backing plans to ease some loan forgiveness rules and permit a second round of PPP payments to especially hard-hit businesses. Rubio works well with Democrats like Ben Cardin of Maryland, so extending the program is likely to be an easy lift.

The competing bills from House Democrats and Senate Republicans include a fair amount of money for non-coronavirus-related items. The Senate proposal contains an almost $2 billion new FBI headquarters in Washington, D.C., and $30 billion for the Pentagon, including direct help for powerful defense contractors. That's likely to get dumped, as will a more generous federal tax deduction for state and local taxes that Democrats included in their bill.

Pelosi scolds White House over no response in virus talks