Shirley Ann Grau, a Pulitzer Prize-winning fiction writer whose stories and novels told of both the dark secrets and the beauty of the Deep South, has died. She was 91.

Grau died Monday in a New Orleans-area memory care facility of complications from a stroke, her daughter Nora McAlister of Metairie said Wednesday. She said the family is not planning a funeral or memorial service for her, in accordance with her mother's wishes.

Grau won the 1965 Pulitzer Prize for her fourth book, “The Keepers of the House.” 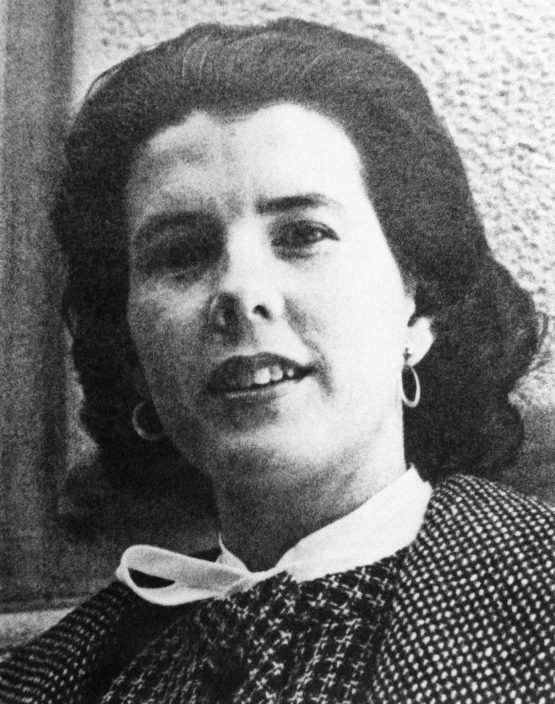 FILE - In this May 3, 1965, file photo, Shirley Ann Grau was named a winner of a 1965 Pulitzer Prize, honored for her book, "The Keepers of the House," in the category of fiction in New York. Grau, a Pulitzer Prize-winning fiction writer whose stories and novels told of both the dark secrets and the beauty of the Deep South, has died at age 91. Her daughter Nora McAlister said Wednesday, Aug. 5, 2020, that Grau died Monday in a memory care facility of complications from a stroke. (AP Photo, File)

“I came home from kindergarten to a house full of reporters and I didn’t know what was going on,” McAlister recalled.

The book drew critical praise but also threatening phone calls for its depiction of a long romance between a wealthy white man and his black housekeeper in rural Alabama.

Grau said Ku Klux Klansmen, angry over the book amid the heat of the civil rights movement, tried to burn a cross on her yard in Metairie, a New Orleans suburb.

They apparently forgot to bring a shovel, and couldn’t drive the cross into the ground, so set it on fire flat on the lawn, she told The Associated Press in 2003.

“It scorched a few feet of grass and it scared the neighbors, but I wasn’t even here. I was at Martha’s Vineyard. It all had kind of a Groucho Marx ending to it,” she said.

Her six novels and four short story collections were all set in the Deep South, from New Orleans to north Louisiana and Alabama.

McAlister said that as a young teenager she once wandered into the kitchen of their summer home on Martha’s Vineyard and found her mother chopping vegetables and talking — apparently to nobody.

Startled, McAlister asked what her mother was doing. Grau replied, “My characters are talking. I’m working out dialogue.”

That “made perfect sense to me and I now understood what my mother was doing. She was working,” McAlister said.

“It was fun to be the waitress at those cocktail parties,” McAlister recalled.

But she said conductor Guy Harrison was the guest who most impressed her mother, who loved music and “originally wanted to be a musician — a violinist.”

“She was amazed he was there in her home,” McAlister said.

Grau was born in New Orleans and grew up in Mobile, Alabama, the daughter of a physician. In the 2003 interview, she recalled that she was fascinated as a child with Greek and Latin, but also loved roaming the woods. Critics would later note in her fiction meticulous descriptions of flowers, plants and trees.

Grau attended a private high school in New Orleans, then Tulane University’s Newcomb College. She said she pondered careers as a classics professor or lawyer, but found sexism too pervasive in academia and the law.

She settled on writing instead, and her first book, “The Black Prince and Other Stories,” was published in 1954, when she was 26.

Critics often pointed to the short stories for praise, and the author said she agreed with the assessment.

“The only unfortunate thing about Grau’s stories is precisely that they are short — each is a glimpse of landscapes both interior and exterior that ends too soon,” said a brief 2003 New York Times review of “Collected Stories.”

Grau said she had little interest in what was written about her work and grew tired of both the label “Southern woman writer” and the frequent comparisons of her work to that of fellow Southerner Flannery O’Connor.

Many of Grau’s stories deal with sudden, unexplained events and their aftermath. “The Hunter” tells of what happens to a woman who miraculously survives a small plane crash. “The Man Outdoors” is about what happens to a family when the father moves out, then disappears completely, after having a vision that’s never explained.

Grau’s husband, James Kern Feibleman, a businessman and chairman of Tulane’s philosophy department, died in 1987 at 83.

Offensive numbers off the charts 3 weeks into NFL seaso ...

If there is anything the Rev. Mari ...