Harding Park is a public golf course with a history of elite champions.

Tiger Woods was No. 1 in the world when he won a World Golf Championship here in 2005, and when he went 5-0 in his matches at the Presidents Cup in 2009. Rory McIlroy was No. 1 when he became the first player who had to win seven matches to capture the Match Play in 2015.

The San Francisco Open finally came to Harding Park in 1944. The winner was Byron Nelson. 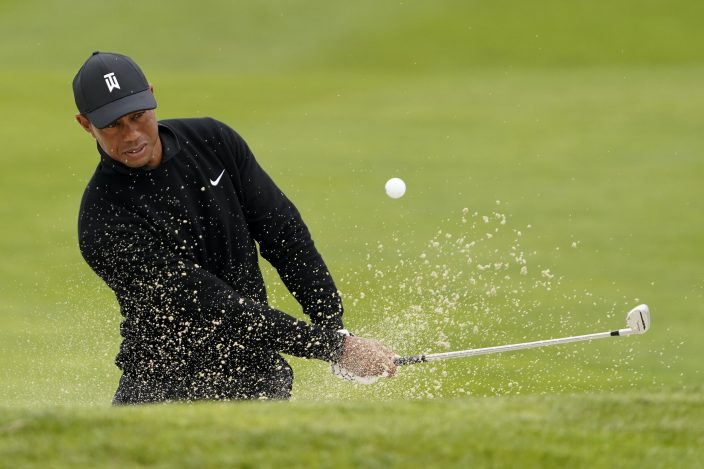 Tiger Woods hits from the bunker on the 17th hole during a practice round for the PGA Championship golf tournament at TPC Harding Park Wednesday, Aug. 5, 2020, in San Francisco. (AP PhotoCharlie Riedel)

It hosted a PGA Tour event in the 1960s called the Lucky International. Six of the seven champions are now in the World Golf Hall of Fame. The other was George Archer, who became a Masters champion.

Is it something about this municipal gem, carved through Monterey cypress trees along the shore of Lake Merced, that allows the best in golf to shine? Or is it merely a coincidence?

The PGA Championship, which starts Thursday, figures to add to that legacy. 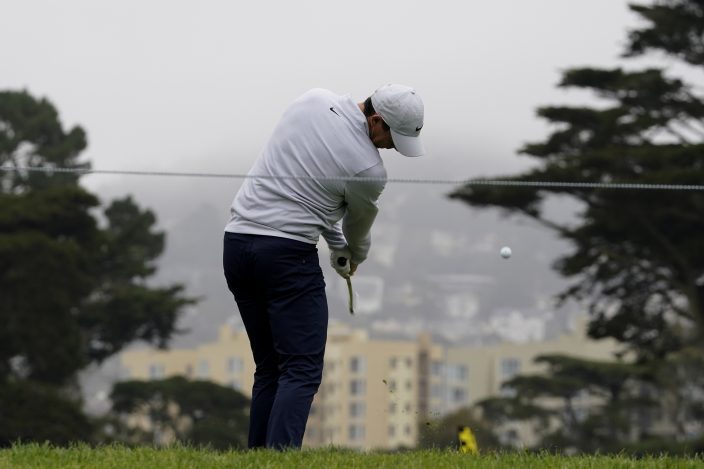 “It tests all aspects of the game," McIlroy said Wednesday. "It's a big golf course, but it's not wide open. ... Look, I think it's maybe a little bit of a coincidence that the top players come here and win most of the times. But I think it says a lot about the course that it lets guys play, and it lets them have the freedom to go out there and play the way they want to.”

One thing already is certain: This is a different kind of PGA Championship.

It looks like a major with fairways that are narrow but not to the extent they look like bowling alleys. The rough is thick, even more because of the dampness from a marine layer expected to shroud Harding Park all week. 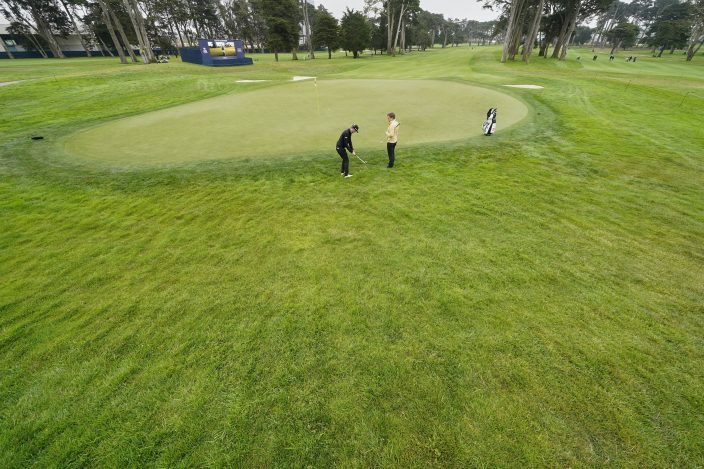 Matthias Schwab chips to the green on the fourth hold during a practice round for the PGA Championship golf tournament at TPC Harding Park Wednesday, Aug. 5, 2020, in San Francisco. (AP PhotoCharlie Riedel)

But that's about all that makes this feel like a major.

Gone are the spectators, typical of any tournament during the year of a COVID-19 pandemic that shut the sport down for three months and left players thankful they at least get to compete for major trophies.

Gone is the row of corporate chalets and traffic along Skyline Boulevard. The flashing lights from a portable marquis along the streets warn of road work, not a major golf tournament in the area. 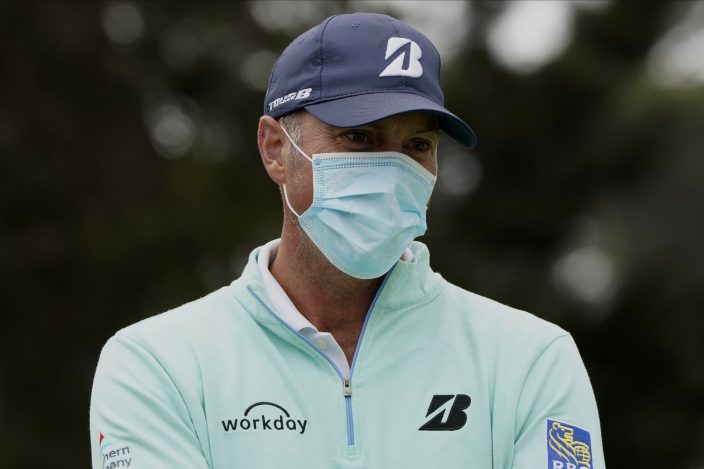 Woods feeds off the energy from big galleries, which have followed him for his entire career and his 15 majors, and he isn't sure what to expect.

“There's going to be plenty of energy from the competitive side,” Woods said, a nod to the strongest field of the four majors. “But as far as the energy outside the ropes, that is an unknown. Hopefully, I can put myself in a position where I can ... feel what it feels like to have no fans coming down the stretch with a chance to win.”

Along with missing the noise, British Open champion Shane Lowry wondered how much tougher the course would play for those who can't keep the ball in the short grass. No spectators means no foot traffic to trample the rough over four days. There will be no escaping errant tee shots from the thick grass of cypress trees.

“Bethpage last year was similar to this,” Lowry said. “Really thick rough, where if you hit it a good bit offline, you're actually OK. That'll be interesting to see how that plays.”

Lowry was playing a practice round Monday, his first look at Harding Park, when he decided to drop a ball in the rough and see if he could get a 5-wood to the green on the 515-yard ninth hole. It squirted out to the right side of the fairway, into the side of a bunker some 80 yards short of the green.

“You don't want to be here,” Lowry said when he saw a familiar face walking by.

Lowry is another reminder of these strange times. He is the last player to win a major, the British Open at Royal Portrush, even though that major was more than a year ago.

The PGA Championship was supposed to be played May 14-17, a month after the Masters, until the pandemic shut down golf. The Masters moved to November. The PGA moved to August, where it used to be for some 70 years. The U.S. Open moved from June to September. The British Open was canceled.

Lowry could become the third player since 2008 to win the British Open and the PGA Championship in consecutive majors. The other two had Irish blood — McIlroy in 2014, Padraig Harrington in 2008. They didn't go a year without playing majors.

“Very strange times the last six or eight months,” Lowry said. “Yeah, I am the most recent major champion, although it doesn't feel like it because it was so long ago.”

Even the field is different, with only 91 of the top 100 players. Fourteen players have either withdrawn or declined special invitations. Some of them were pandemic-related. Lee Westwood and Eddie Pepperell of England were not comfortable flying over to San Francisco. Branden Grace tested positive last week for the coronavirus and has to self-isolate for 10 days, ruling him out of the first major of the year.

But it still has all the stars.

Brooks Koepka is going for his third straight PGA Championship title, a feat never accomplished since it switched to stroke play in 1958. Woods is going for his record-tying fifth Wanamaker Trophy. The possibility of a career Grand Slam looms for Jordan Spieth. Jon Rahm, Bryson DeChambeau and Xander Schauffele are going for their first major. Dustin Johnson and Justin Thomas want more than one, and they figure it's time to get going.

All of them would fit the profile of great champions at Harding Park.

The potential Big Ten game of the ...