The Brazilian Supreme Court ordered President Jair Bolsonaro’s administration Wednesday to adopt measures to shield Indigenous peoples from the new coronavirus, in a vote that came hours after a prominent Indigenous leader died from COVID-19.

The justices voted unanimously in favor of forcing the government to install health checkpoints for all isolated Indigenous villages and to draft and implement a plan for removing outsiders now in protected areas illegally, such as gold miners. Two of the court's 11 justices were absent.

Justice Luís Roberto Barroso, who was responsible for the case, said Wednesday that removal of miners associated with a series of environmental crimes like deforestation and illegal extraction is an “imperative measure” that has been neglected by the government for decades. 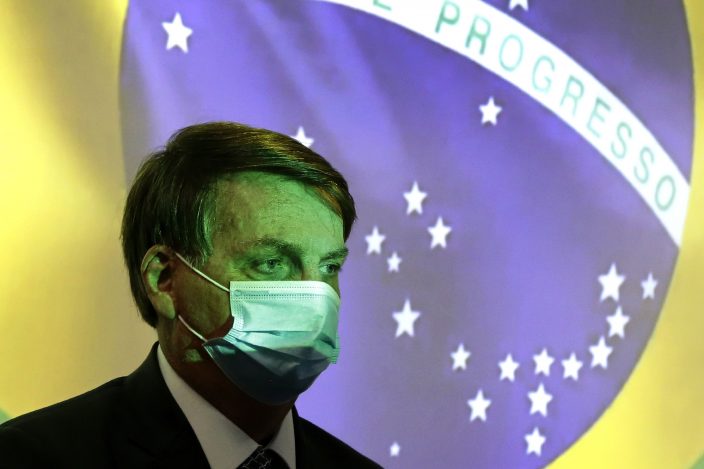 Brazil's President Jair Bolsonaro wears a mask amid the COVID-19 pandemic at the start of a ceremony where his nation's flag is projected in Brasilia, Brazil, Wednesday, Aug. 5, 2020. (AP PhotoEraldo Peres)

As the court's hearing opened Monday, Barroso had said: “The world is not looking at us in horror by chance. It’s because there are consequences for the water cycle, for biodiversity, for climate change.”

He also said the entry of outsiders into Indigenous territories increases risk of coronavirus infections.

The presidency’s press office referred a request for comment on the ruling to the human rights ministry, which didn’t immediately respond.

The case was filed by the Indigenous organization APIB and six opposition parties after Bolsonaro last month vetoed parts of a bill that Congress approved to safeguard Indigenous groups from the pandemic, including one to require the provision of drinking water, disinfectants and personal hygiene goods. The president said the vetoed sections would force expenditures without demonstrating the budgetary impact, which would be unconstitutional.

Bolsonaro took office in 2019 with pledges to develop the vast Amazon region and has repeatedly said he opposes relatively small Indigenous groups controlling vast swaths of territory. He has also consistently downplayed the severity of the pandemic.

Earlier Wednesday, a leader of the Yawalapiti ethnic group in the Upper Xingu River region, Aritana Yawalapiti, died from COVID-19 in a hospital in the capital of Goias state. He was 71. 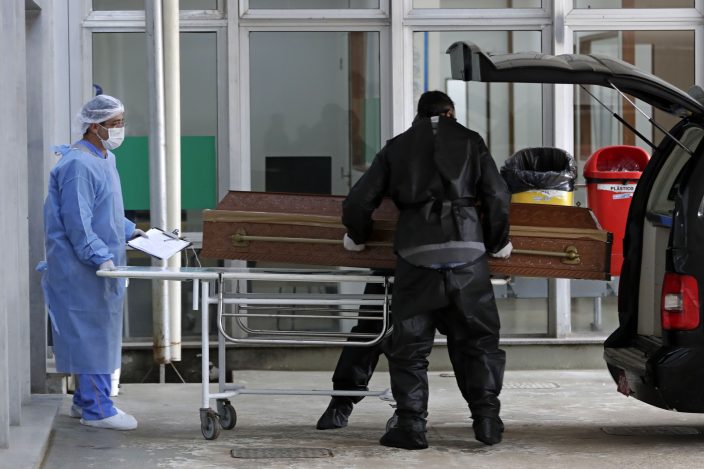 Health workers and undertakers place a coffin into a hearse at the entrance of the emergency area for COVID-19, at the University Hospital of Brasilia, in Brasilia, Brazil, Wednesday, Aug. 5, 2020. (AP PhotoEraldo Peres)

According to APIB’s tally, which includes health ministry figures and information from local leaders, there have been 22,325 coronavirus infections and 633 deaths among Indigenous people.