U.S. Secretary of State Mike Pompeo on Wednesday called for a big expansion of U.S. government curbs on Chinese technology, saying that it wants to see “untrusted Chinese apps" pulled from the Google and Apple app stores.

Pompeo called out popular video app TikTok and the messaging app WeChat, which people in the U.S. use to communicate with others in the U.S. and China, as “significant threats to the personal data of American citizens, not to mention tools for CCP content censorship.” CCP refers to the Chinese Communist Party. 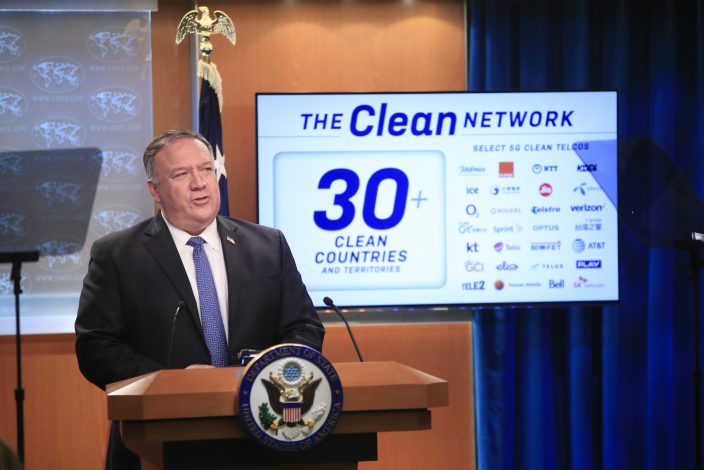 Citing national security concerns, it has also barred Google from providing its Android apps such as Google Maps for Huawei phones. The Federal Communications Commission is considering barring operations of Chinese telecom companies China Telecom and China Unicom, which provide services in the U.S., due to national-security concerns.

President Donald Trump has also threatened to ban TikTok, although the legal basis for such a move remains uncertain.

Eurasia Group analyst Paul Triolo said the U.S. government is trying to push its allies and companies to stop using Chinese gear and software “at all levels of their communications networks, from the internet backbone to app stores.” That includes calling for companies to yank their apps from Huawei's app store, which advertises that it contains apps from European and U.S. companies like travel service Booking and Amazon.

The initiative is meant to force countries and companies to choose sides between the U.S. and China, Triolo said. He expects many companies and governments to resist.

Chase Briscoe routed the field in ...