Mike Clevinger didn't have his best stuff but did enough to pitch into the sixth inning and lead Cleveland to a 2-0 win over the Cincinnati Reds on Wednesday night as the Indians wait for manager Terry Francona's return.

Clevinger (1-1) worked around five walks, including three in the sixth. The right-hander's strong start — he gave up just two hits — continued a pattern for the Indians, who have had great pitching while their offense remains in a team-wide funk.

The Indians got just four hits after winning with only three Tuesday. 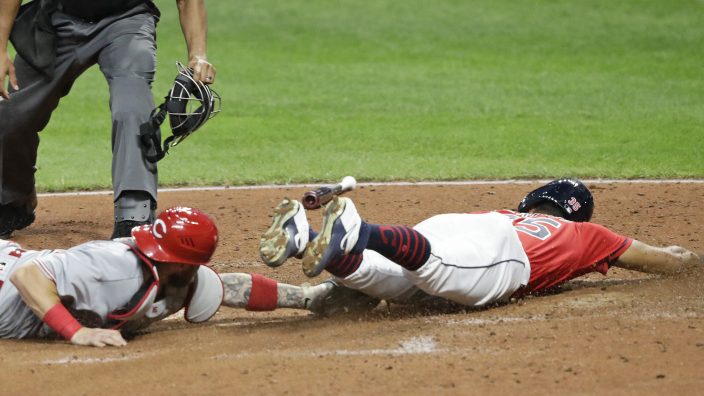 César Hernández hit an RBI single off Reds rookie Tejay Antone (0-1) and Óscar Mercado scored with some daring baserunning to give the Indians a 2-0 lead in the fifth.

Cleveland played its fourth straight game without Francona, who remains away from the team to rest while dealing with a gastrointestinal problem he’s had for months. Team president Chris Antonetti expects Francona to be absent for a least “a few more days,” so it’s likely he’ll skip the team’s upcoming trip to Chicago.

After Clevinger left, the Indians' bullpen did their part with 3 1/3 scoreless innings to close the combined three-hit shutout. Brad Hand struck out two in the ninth for his fourth save. 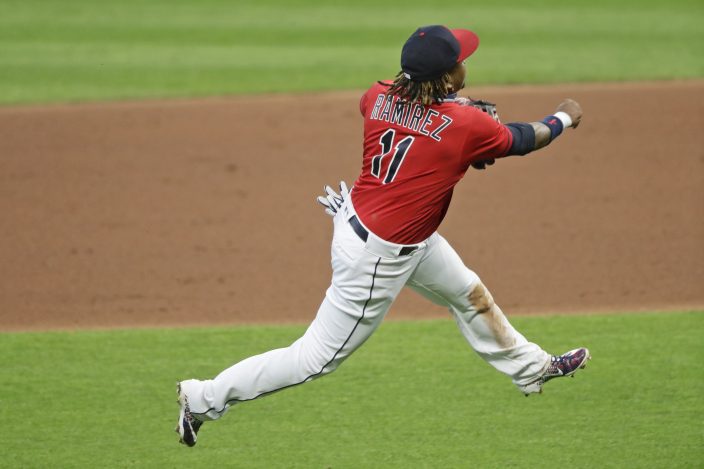 Cleveland's relievers have not given up a run in 14 consecutive innings.

Making his first major league start, Antone blanked Cleveland on just two hits until the fifth, when his third straight walk to open an inning finally bit him.

Antone walked Jordan Luplow and was lifted with one out by Reds manager David Bell, who didn't want to push his right-hander any further. Reliever Michael Lorenzen came on and walked Mercado before Hernandez delivered a run-scoring single. 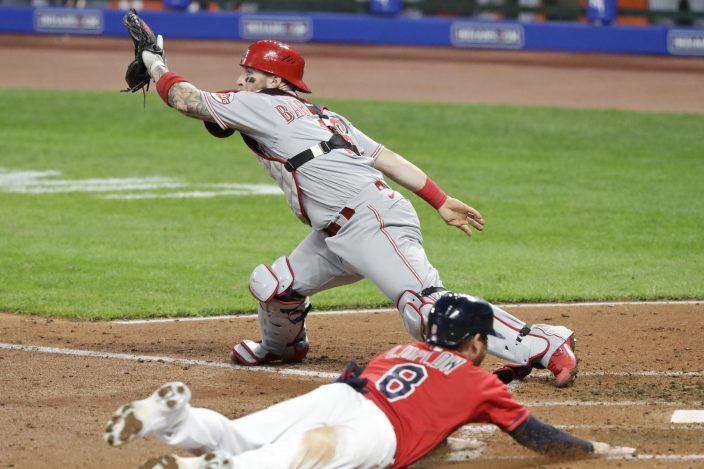 José Ramírez followed with a slow grounder that shortstop Freddy Galvis fielded and threw to second for a force, but Mercado never slowed at third and beat second baseman Josh VanMeter's relay to the plate with a headfirst slide.

Clevinger got himself into trouble with the three walks in the sixth, but after he left, Dominic Leone came in and struck out Nick Senzel with two on. 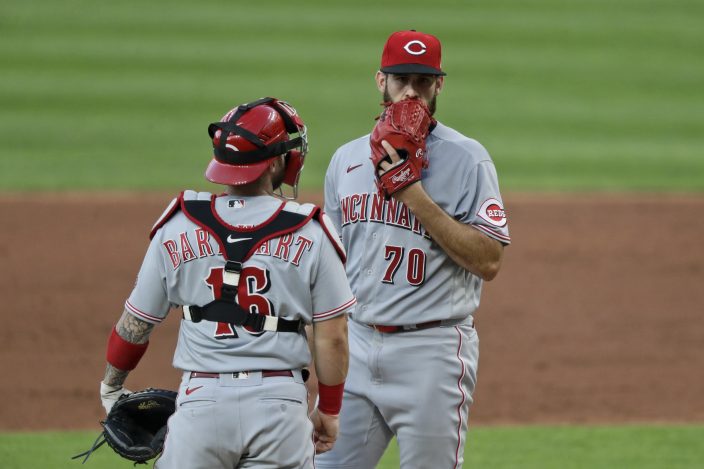 Reds: 2B Mike Moustakas sat out with a deep left quadriceps bruise sustained in Tuesday's game. Bell said the injury “could be a lot worse” and that Moustakas may return to the lineup as early as Thursday or Friday. 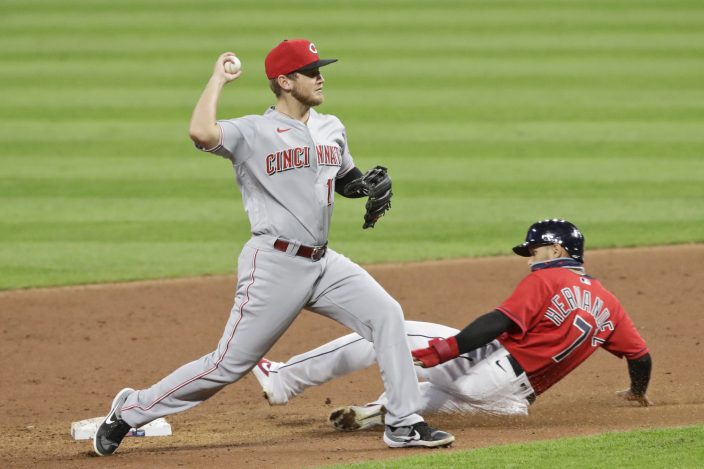 Cincinnati Reds' Josh VanMeter (17) gets Cleveland Indians' Cesar Hernandez (7) out at second base in the fifth inning in a baseball game, Wednesday, Aug. 5, 2020, in Cleveland. (AP PhotoTony Dejak)

Indians: C Roberto Pérez (shoulder) continues to make progress. He has been doing some light throwing and hitting at the club's alternate training site. ... OF Tyler Naquin (hairline toe fracture) is also nearing a return as is Delino DeShields, slowed since testing positive for coronavirus before reporting to camp. He could be activated this week.

Carlos Carrasco starts for Cleveland and Luis Castillo for Cincinnati as the teams complete their four-game, home-and-home series dubbed the Ohio Cup since interleague play began in 1997.

Stocks were mixed in Asia on Wedne ...