Brandon Belt extended his success against Colorado starter Jon Gray with a three-run homer and a double to lead the San Francisco Giants past the Rockies 4-3 on Wednesday night.

Belt’s two hits raised his career average against Gray to .417 (10 for 24) and helped Logan Webb (1-0) get his first win in his fourth start of the season.

Nolan Arenado homered for the third straight game for the Rockies, who had their four-game winning streak snapped. 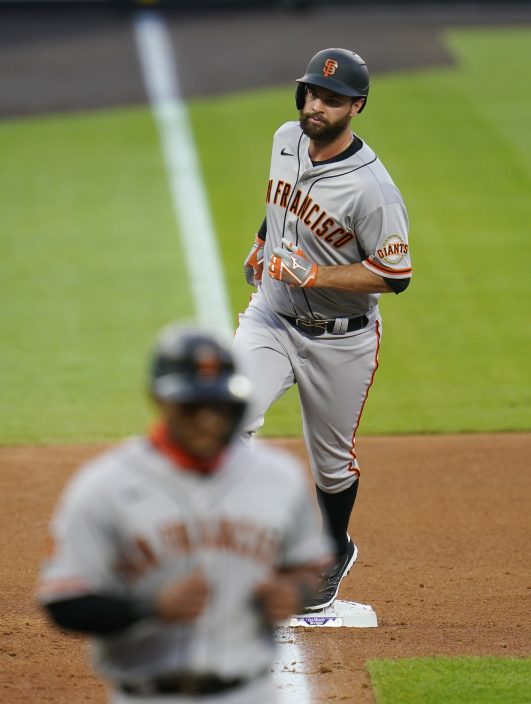 San Francisco Giants' Brandon Belt rounds the bases after hitting a three-run home run against the Colorado Rockies during the fourth inning of a baseball game, Wednesday, Aug. 5, 2020, in Denver. (AP PhotoJack Dempsey)

Colorado had scored five or more runs in eight straight games before being held down by Webb and the San Francisco bullpen. The three runs are the fewest since a 3-2 win at the Texas Rangers on July 25.

Webb, making his first career start against the Rockies, kept Colorado in check in five-plus innings of work. He allowed two runs — one earned — and didn’t walk a batter before leaving after a leadoff single in the sixth.

Caleb Baragar retired the top of the order to get out of the jam. Trevor Gott pitched the ninth for his third save in as many chances. 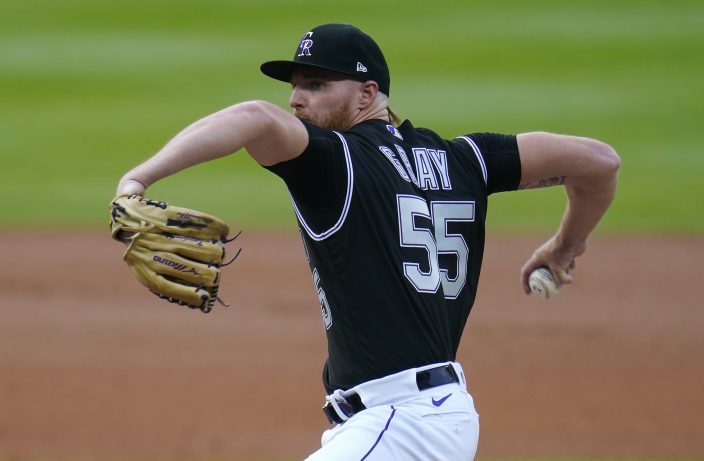 The Rockies scratched across an unearned run in the first inning and added another in the third against Webb to take a 2-0 lead before the Giants rallied.

Belt doubled and scored on Wilmer Flores’ single in the sixth. 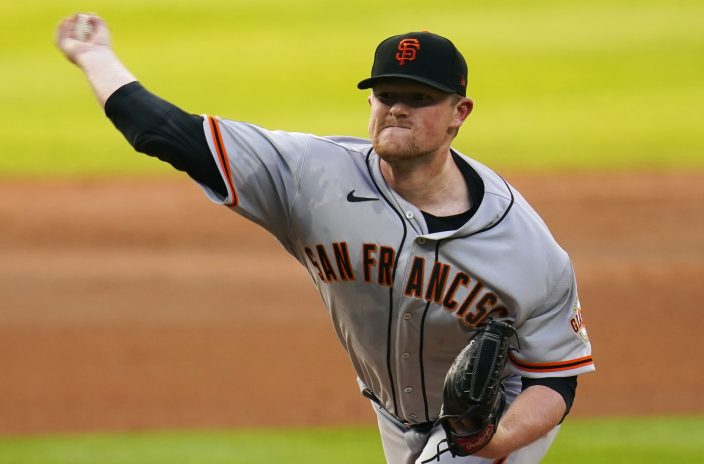 San Francisco Giants starting pitcher Logan Webb throws to the plate against the Colorado Rockies during the first inning of a baseball game, Wednesday, Aug. 5, 2020, in Denver. (AP PhotoJack Dempsey)

Arenado led off the seventh with a homer to cut the lead to a run. It was his 31st career home run against the Giants.

Rockies: RHP Wade Davis (right shoulder strain) has not started throwing yet, manager Bud Black said Wednesday. “No update on when he’s going to test the arm with a game of catch,” Black said. “He’s receiving treatment daily for the strain.” Davis was placed on the 10-day injured list on Saturday, a day after he blew his first save of the season. 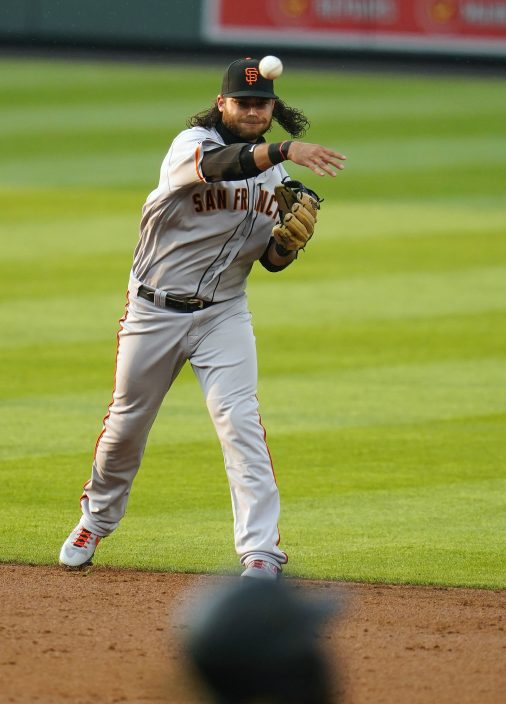 San Francisco Giants shortstop Brandon Crawford throws to first for the out against Colorado Rockies' Raimel Tapia during the second inning of a baseball game, Wednesday, Aug. 5, 2020, in Denver. (AP PhotoJack Dempsey) 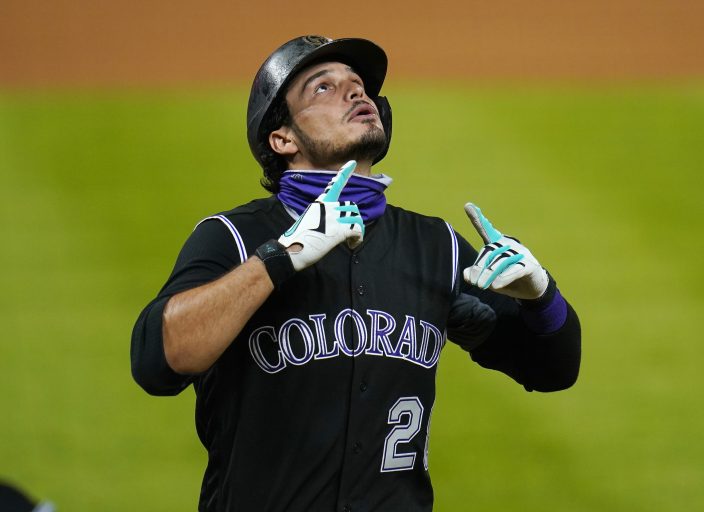 Colorado Rockies' Nolan Arenado points to the sky after hitting a solo home run against the San Francisco Giants during the seventh inning of a baseball game, Wednesday, Aug. 5, 2020, in Denver. (AP PhotoJack Dempsey) 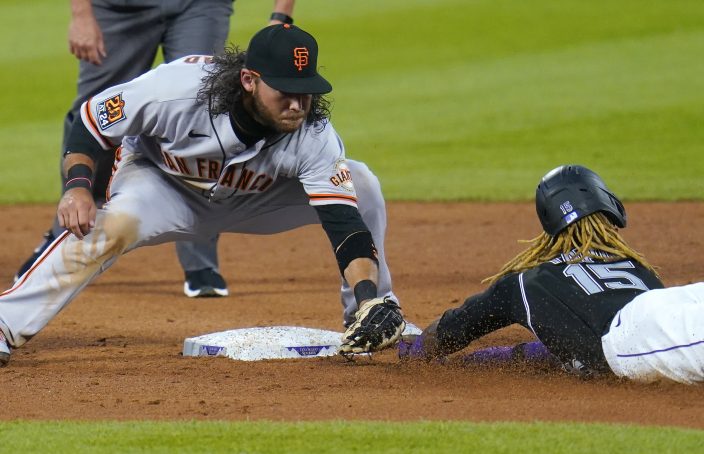