Kole Calhoun hit his first career inside-the-park homer with the help of a crazy bounce, David Peralta had four RBIs and the Arizona Diamondbacks used a nine-run burst in the fourth inning to beat the Houston Astros 14-7 on Wednesday night.

The Diamondbacks broke out of their extended early-season offensive slump by sending 14 batters to the plate in the fourth, turning a 4-0 deficit into a 9-4 lead. The offensive avalanche included four singles, three doubles, one triple, one walk, a hit by pitch and a strange inside-the-park homer that started the scoring.

Calhoun hit a pitch from Lance McCullers Jr. (1-1) down the right-field line and the ball hit the metal base of the fence in the corner, which sent it ricocheting past George Springer and down the warning track into right center. 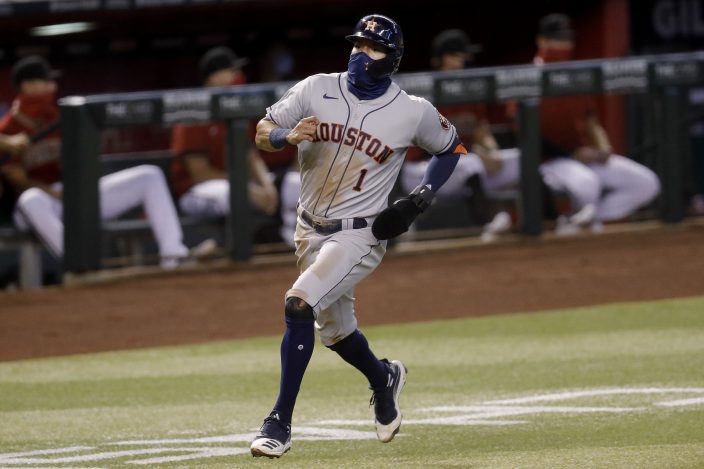 Houston Astros' Carlos Correa (1) scores on a base hit by teammate Abraham Toro during the second inning of a baseball game against the Arizona Diamondbacks Wednesday, Aug. 5, 2020, in Phoenix. (AP PhotoMatt York)

By the time Myles Straw could grab the ball and fling it towards the infield, Calhoun was rounding third and chugging for home. He scored standing up with a big grin across his face.

The Diamondbacks came into the game as one of the worst-hitting teams in the big leagues with a .194 average and just two homers through 11 games. But they broke out with 16 hits on Wednesday, including 10 for extra bases.

Peralta hit a triple with the bases loaded and added a solo homer, Stephen Vogt had two doubles, Ketel Marte had three hits and Nick Ahmed and Eduardo Escobar both hit two-run homers. 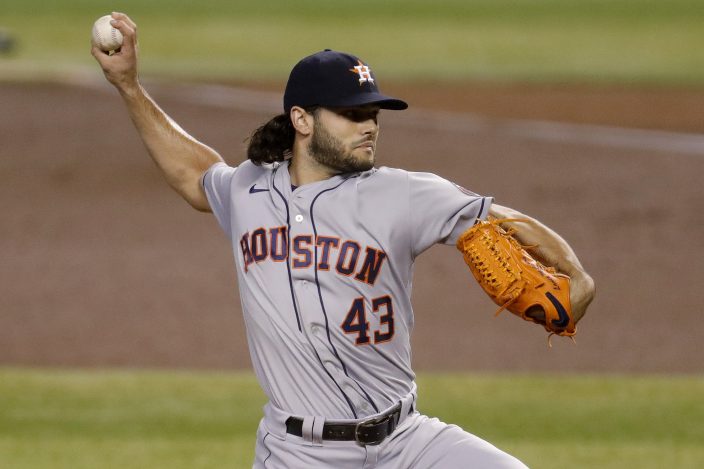 The Astros built their 4-0 lead with the help of Kyle Tucker's two-run homer and Abraham Toro's solo shot. McCullers retired the first nine batters he faced through three innings.

But the right-hander fell apart in the fourth inning and was eventually pulled after facing 10 batters. He gave up eight earned runs over 3 2/3 innings. George Springer hit a two-run homer in the fifth to pull the Astros within a 9-6 margin but they couldn't get any closer.

D-backs starter Robbie Ray (1-2) got his first win of the season despite giving up six runs over five innings, including three homers. 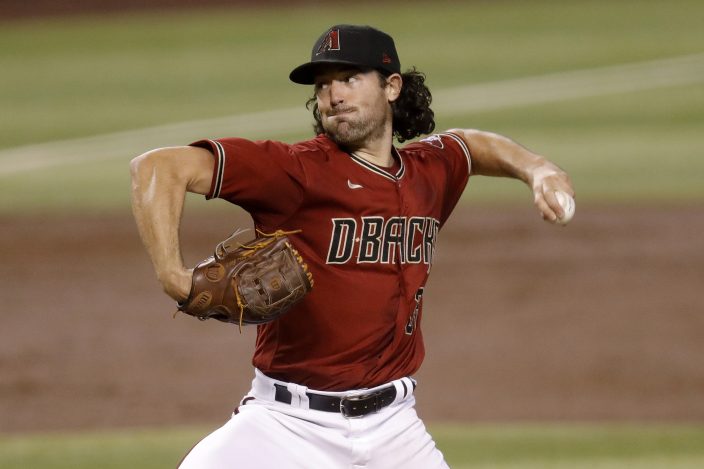 The Diamondbacks decided to open Chase Field's retractable roof after the third inning, which is fairly rare in the month of August. Once it opened, the homers started flying in the desert: The Astros hit three and the D-backs hit four over the final six innings. 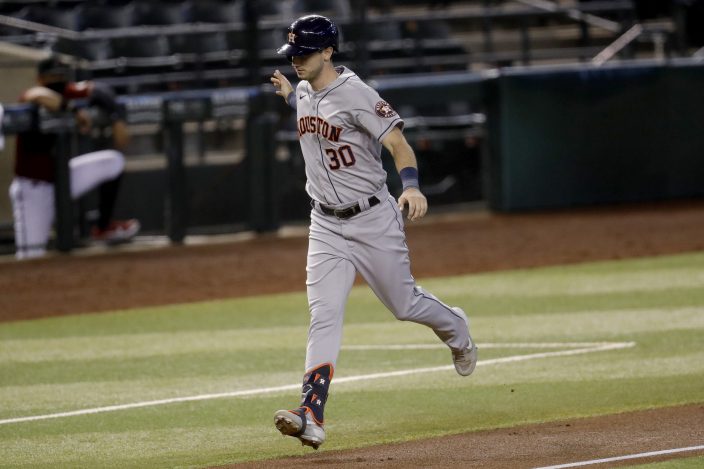 Houston Astros' Kyle Tucker (30) rounds the bases after hitting a two run home run against the Arizona Diamondbacks during the second inning of a baseball game Wednesday, Aug. 5, 2020, in Phoenix. (AP PhotoMatt York)

Astros: OF Michael Brantley (quad) was out of the lineup for a second straight game.

Diamondbacks: Manager Torey Lovullo said RHP Corbin Martin recently threw two innings and 26 total pitches during an intrasquad game. Martin made five starts for the Astros last season in his first major league action before he needed Tommy John surgery. He was traded to the Diamondbacks after the injury and is continuing his rehab. 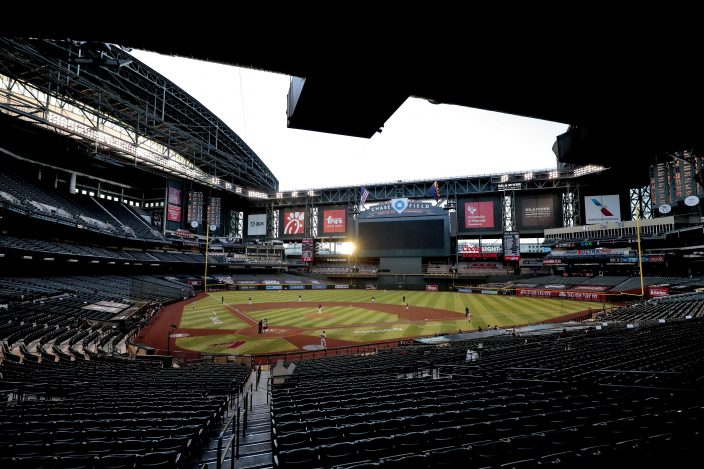 The Houston Astros and the Arizona Diamondbacks compete during the fourth inning of a baseball game Wednesday, Aug. 5, 2020, in Phoenix. (AP PhotoMatt York)

Astros: Houston has shuffled its rotation and RHP Brandon Bielak (2-0, 1.69) will make his first career start on Thursday in the finale of the three-game set.

Diamondbacks: RHP Zac Gallen (0-0, 2.70) will try to win his first game of the year after getting a no-decision in his first two starts.