Major League Baseball is cracking down on coronavirus safety protocols, mandating that players and staff wear face coverings at all times, including in the dugouts and bullpens, except for players on the field of play.

The league sent a memo to teams Wednesday outlining changes to its 2020 operations manual after outbreaks on the Miami Marlins and St. Louis Cardinals led to 21 postponements in the first two weeks of a shortened 60-game season.

The memo, obtained by The Associated Press on Wednesday night, says that repeated or flagrant violators of the protocols could be banned from participating in the 2020 season and postseason. 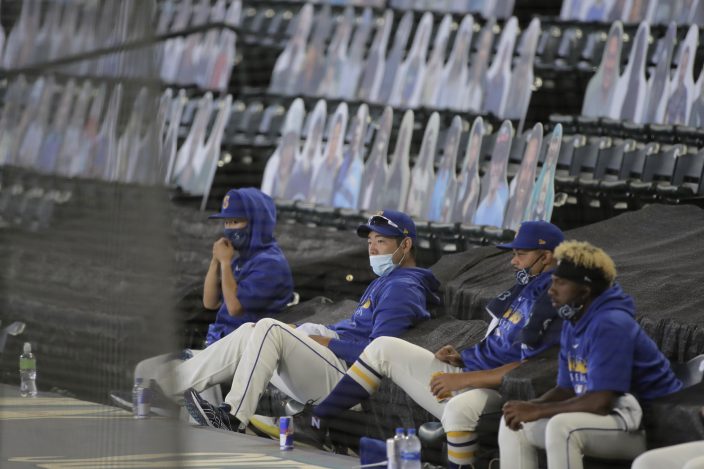 Seattle Mariners pitcher Yusei Kikuchi, second from left, sits with teammates above the dugout during the first inning of a baseball game against the Oakland Athletics, Sunday, Aug. 2, 2020, in Seattle. (AP PhotoTed S. Warren)

That includes those who don’t wear face coverings while watching from the dugout. Although such measures were suggested in MLB’s operations manual before Wednesday, some players have continued to not wear face masks, offer high fives, spit and violate the protocols in other ways during games.

Umpires are also being instructed to wear face masks at all times, except when it would make it unfeasible for them to do their jobs.

Compliance officers have been appointed for each team, and they have been charged with enforcing protocols outlined in the operations manual in an effort to keep baseball’s season running. 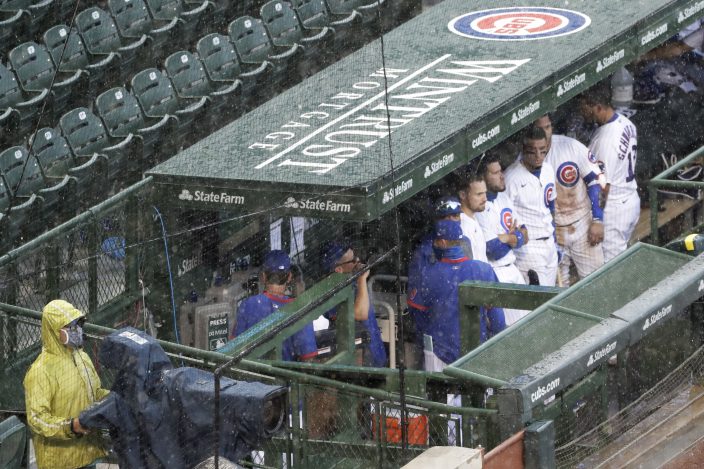 Chicago Cubs players look to the field from the dugout during a rain delay in the ninth inning of a baseball game against the Pittsburgh Pirates in Chicago, Sunday, Aug. 2, 2020. (AP PhotoNam Y. Huh)

Players and staff must wear face coverings at all times at team hotels and in public places while on the road. On team buses and airplanes, personnel must wear surgical masks or N95/KN95 respirators.

At hotels, teams have been instructed to provide a large private room -- a ballroom, for instance -- where staff and players can get food and other amenities with enough space to keep their distance. Players are discouraged from talking to each other or facing each other if their mask is pulled down while eating.

If players want to leave the hotel, they must get approval first from the team’s compliance officer. 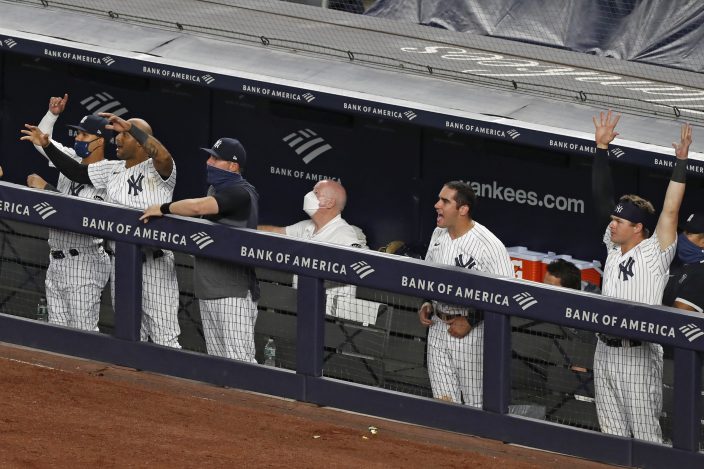 While in their home cities, players and staff are banned from visiting bars, lounges, malls or other places where groups of people are gathered.

Clubs are being instructed to provided spaces for visiting players that are covered and outdoors, and that home and visiting teams must have access to areas where personnel can socially distance during weather delays. Players are being told to use those outdoor areas as much as possible, rather than linger in the clubhouse.

Among other changes: teams must limit the size of traveling parties to essential personnel, maintain unoccupied rows between passengers on team buses, and distance seating on airplanes while ensuring players do not change locations. 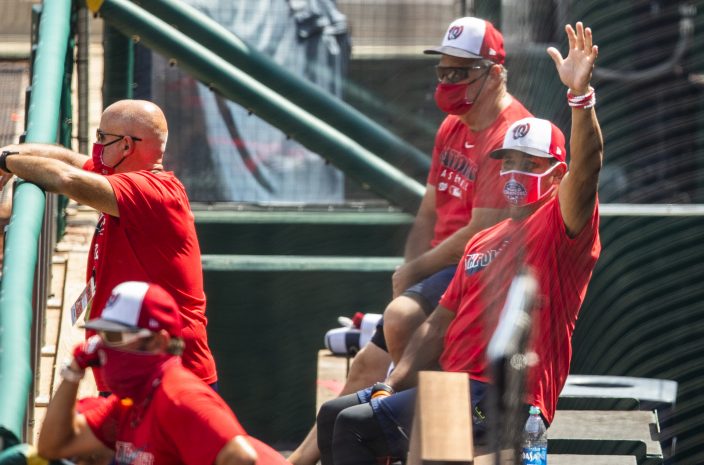 MLB said in the memo it made many of the changes after evaluating results of its investigation into the Marlins outbreak. The league also said it is working with the union to review contact tracing protocols, specifically the requirements for identified close contacts. Close contacts do not currently include passing interactions or physical contact unlikely to pass secretions, such as elbow bumps.

US housing roars back despite recession, high unemploym ...

The U.S. housing market has staged ...