Albert Pujols remained on 659 career home runs, one behind Willie Mays on the career list. There were plenty of long balls otherwise. The Angels got all their runs — and hits — off Seattle starter Marco Gonzales via a trio of solo shots.

Trout connected for one of those off Gonzales and added a three-run drive in the eighth against reliever Taylor Williams to pull the Angels within 7-6. Trout has three home runs in the two games since the birth of his first child and has 44 in his career against Seattle. 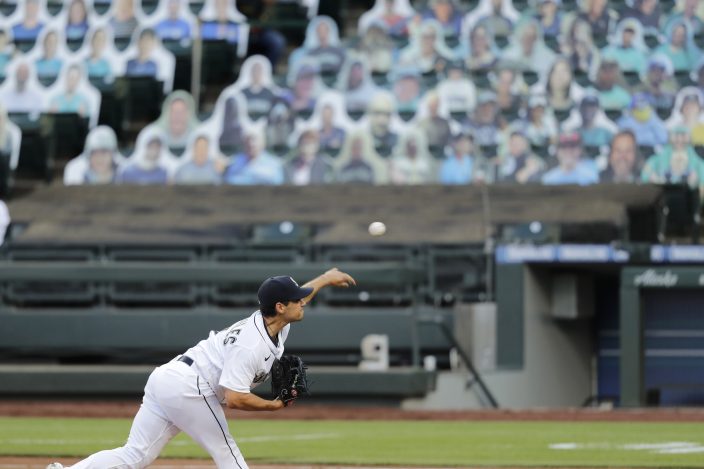 Seattle Mariners starting pitcher Marco Gonzales throws against the Los Angeles Angels and in front of rows of likenesses of fans in the seats in the third inning of a baseball game Wednesday, Aug. 5, 2020, in Seattle. (AP PhotoElaine Thompson)

Carl Edwards Jr. pitched the ninth for his first save, and Seattle snapped its four-game losing streak.

Seager’s three-run shot in the third was a jolt Seattle’s struggling offense needed. Seager’s 200th career home run landed in the second deck of the right field seats and gave Seattle a 3-1 lead. Seager joined Ken Griffey Jr., Edgar Martinez and Jay Buhner as the only four players to hit 200 home runs with the Mariners.

Lewis finished with two more hits, giving him a major league-best 20 through the first two weeks of the season. His RBI single in the fifth gave Seattle a 4-1 lead. In the seventh, Austin Nola added a two-run double and rookie Evan White snapped an 0-for-17 skid with an RBI double. Gonzales (2-1) gave up solo home runs to Trout, Max Stassi and David Fletcher but was otherwise strong. The lefty didn’t walk a batter and struck out seven.

Angels starter Julio Teheran made his first start with the Angels after signing a one-year deal in the offseason.

Teheran (0-1) was on a limited pitch count after being slowed by the coronavirus in his ramp up for the season. Teheran threw just 52 pitches and was pulled with two outs in the third inning. 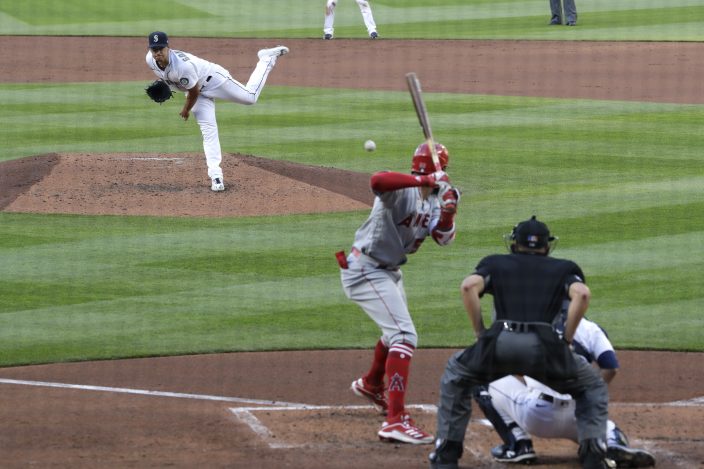 Angels: Maddon said he doesn’t see SS Andrelton Simmons returning anytime in the immediate future from his sprained left ankle. Simmons went on the 10-day injured list on July 28. Maddon said while Simmons is progressing in his recovery from the injury, it’s not going as quickly as hoped.

Mariners: RHP Kendall Graveman will miss more than one start due to his neck strain, manager Scott Servais said. Servais didn’t have a timeframe on Graveman’s recovery, but it’s clear it will be more than just 10 days. Nick Margevicius will take Graveman’s turn in the rotation on Saturday. 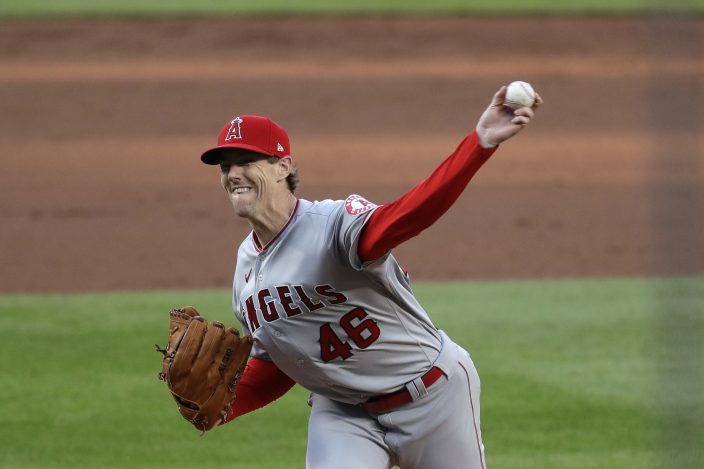 Mariners: RHP Taijuan Walker (1-1, 4.35) makes his third start of the season. Walker was brilliant his last time out, throwing seven innings of one-hit ball in a victory over Oakland. 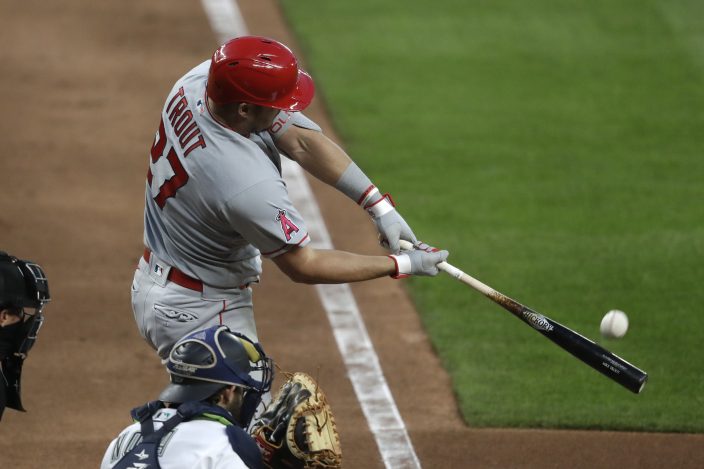 Los Angeles Angels' Mike Trout connects for a two-run home run against the Seattle Mariners in the sixth inning of a baseball game Wednesday, Aug. 5, 2020, in Seattle. (AP PhotoElaine Thompson) 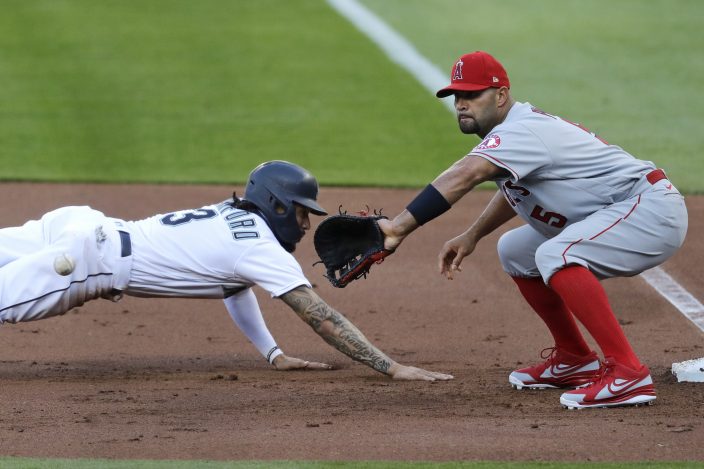 Seattle Mariners' J.P. Crawford, left, dives back safely to first base as Los Angeles Angels first baseman Albert Pujols waits for the ball on a pick-off attempt in the third inning of a baseball game Wednesday, Aug. 5, 2020, in Seattle. (AP PhotoElaine Thompson)

Midshipman asks judge to block his removal over tweets

The Milwaukee Brewers have decline ...