The Latest on the explosion in Beirut (all times local):

A French presidential official says French President Emmanuel Macron is arriving in Beirut following Tuesday's deadly port explosion and will be greeted by Lebanese President Michel Aoun. The official says Macron will go directly to the port and meet Lebanese and French teams in the disaster area. 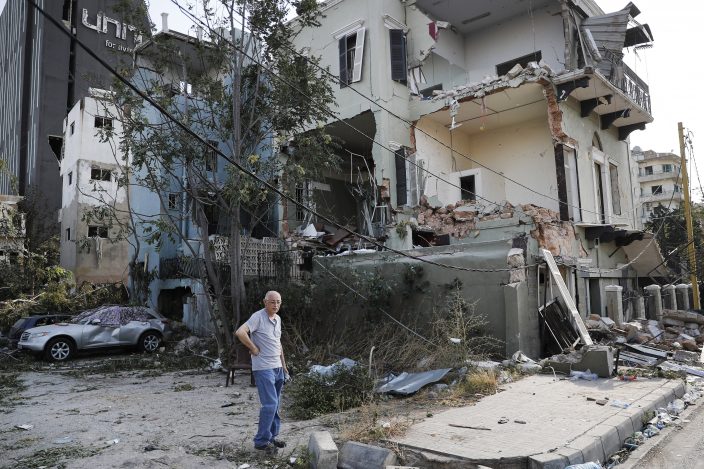 A Lebanese man stands next to his damaged house near the scene where an explosion hit on Tuesday the seaport of Beirut, Lebanon, Thursday, Aug. 6, 2020. Lebanese army bulldozers plowed through wreckage to reopen roads around Beirut's demolished port on Thursday as the government pledged to investigate the devastating explosion and placed port officials under house arrest. (AP PhotoHussein Malla)

The official spoke anonymously in accordance with the presidency’s practices.

Later in the day, Macron will head to the presidential palace for meetings with top officials. He will also meet with members of different political factions and civil society.

The French official says Macron’s trip is meant to show that Lebanon is not alone and to give the Lebanese people confidence. Macron has said his role is to show that he believes in the country.