Poland’s conservative President Andrzej Duda has been sworn in for a second term before parliament members.

Most opposition parliamentarians and some former leaders did not attend the ceremony to show their disapproval of what they call Duda’s disregard for the Constitution during his first term, and his almost total acceptance of the ruling right-wing party’s policies that have put Poland at odds with European Union leaders. 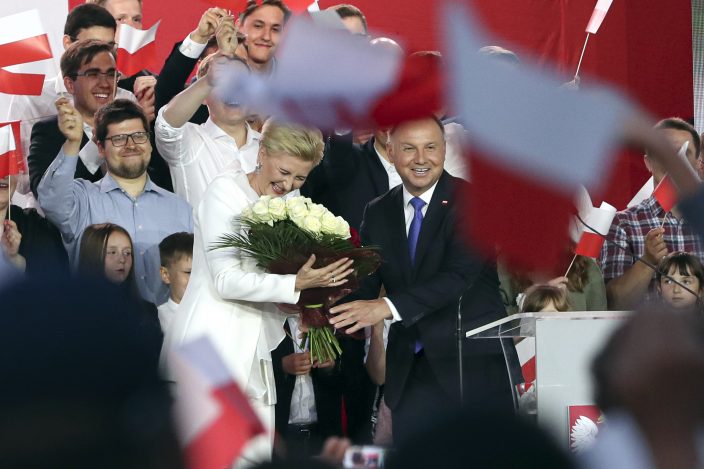 FILE - In this Sunday, July 12, 2020 file photo, incumbent President Andrzej Duda and his wife Agata Kornhauser-Duda smile after receiving flowers from supporters in Pultusk, Poland. The Supreme Court of Poland has upheld the reelection of President Andrzej Duda after deciding that complaints about the validity of the country’s presidential election were insufficient to void the results. The ruling paves the way for Duda to take the oath of office before both chambers of parliament on Thursday Aug. 6, 2020. (AP PhotoCzarek Sokolowski, File)

China pushes emergency use of COVID vaccine despite con ...