Still young, often inconsistent, forever fearless, Li Haotong is capable of just about anything on a big stage in golf. He was at his best Friday in the PGA Championship.

Three years after his 63 in the final round of the British Open, Li hit only four fairways at Harding Park and still managed a 5-under 65 that gave him the early lead and set the target for Jason Day, Brooks Koepka and Tiger Woods to chase.

The 25-year-old from China capped a bogey-free round with his eighth straight par and was at 8-under 132, two shots ahead of Tommy Fleetwood of England among the early starters. 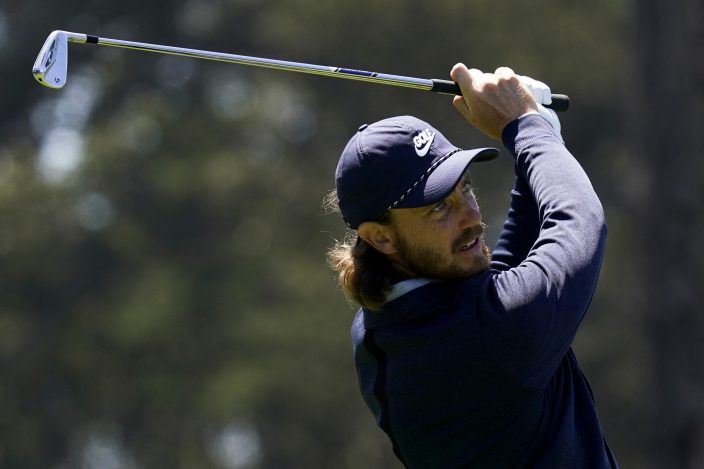 Surprised? Depends on the day.

“The last couple days, I've been pretty much all hit in the right spot,” Li said.

Getting as much attention was the logo on his hat — WeChat, the Chinese social media company and one of his biggest sponsors. Li was in the spotlight at Harding Park one day after President Donald Trump signed executive orders on a vague ban of WeChat and TikTok in 45 days. 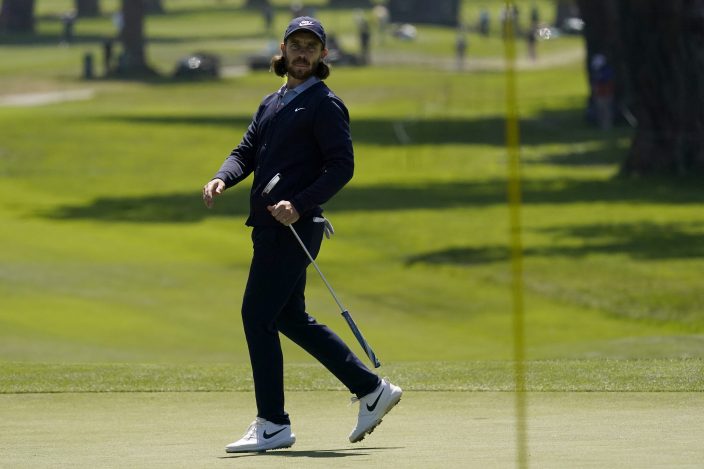 Tom Fleetwood of England, reacts after missing a putt on the sixth hole during the second round of the PGA Championship golf tournament at TPC Harding Park Friday, Aug. 7, 2020, in San Francisco. (AP PhotoJeff Chiu)

Just as unclear was whether Li was aware of the development.

Li is a two-time winner on the European Tour, most recently in 2018 at the Dubai Desert Classic when he rallied down the stretch to beat Rory McIlroy by one shot. 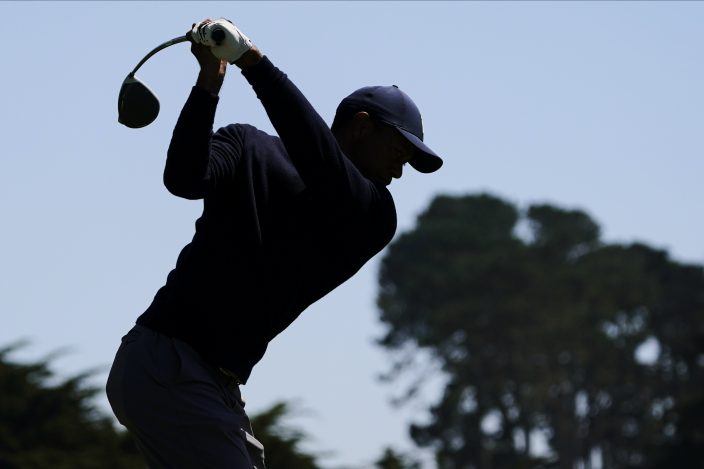 Tiger Woods hits his tee shot on the second hole during the second round of the PGA Championship golf tournament at TPC Harding Park Friday, Aug. 7, 2020, in San Francisco. (AP PhotoCharlie Riedel)

He was sensational at Royal Birkdale in 2017 — only five other players have 63 in the final round of a major. But he had a terrible week in his Presidents Cup debut at Royal Melbourne in December. When he first came to America, he made fast friends on the developmental tours with his constant laughter, engaging personality and aggressive play.

“He's got the arsenal to take it low,” said Adam Scott, his teammate at Royal Melbourne. “But we don’t see that kind of consistency out of him, and that probably matches his personality a little bit. He’s young, though, and that’s the kind of golf he plays. He plays pretty much all guns blazing, and when it comes off, it’s really good.”

And when it doesn't? He beat Koepka in the Match Play last year and reached the round of 16. But that was his last top 10 in America. And then there was the Presidents Cup. 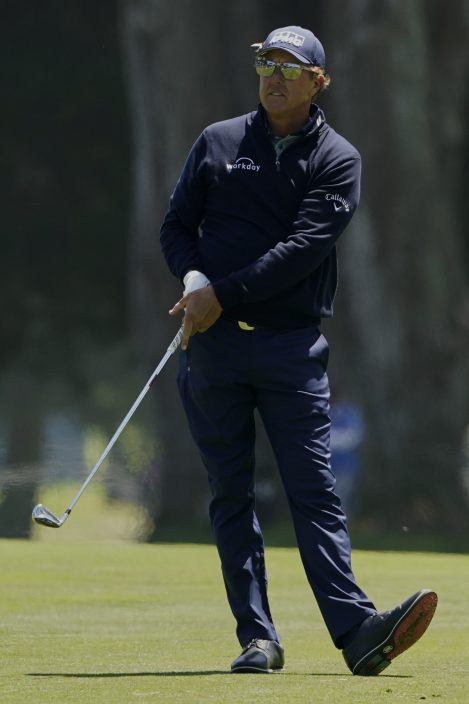 Phil Mickelson hits from the fairway on the ninth hole during the second round of the PGA Championship golf tournament at TPC Harding Park Friday, Aug. 7, 2020, in San Francisco. (AP PhotoCharlie Riedel)

Li brought his trainer to be his caddie, and the caddie got lost on the course during a practice round, gave up and headed for the clubhouse. Instead of finding him, Li played the rest of the round out of another player's bag. International captain Ernie Els wound up benching him for two days, playing Li only when he had to. Li lost both matches he played.

“It's been very tough on me, the Presidents Cup, because I didn't play until Saturday,” Li said. “So not quite in the Presidents that way, actually. But anyways, good experience.”

Fleetwood had one of those final-round 63s in the majors two years ago at Shinnecock Hills in the U.S. Open. He had a 64 on Friday and was two shots behind at 134.

Much like Li — maybe the only thing they have in common — it's been a slow start back. Fleetwood stayed in England during the pandemic, not returning to competition until Minnesota two weeks ago (he missed the cut). He also played a World Golf Championship last week with middling results, but he found his form in San Francisco.

“It’s funny really, like when you’ve played poorly, you feel a long way off, and then you have a day like today and you obviously feel a lot better about it,” Fleetwood said. “I feel like I’ve prepared well last week and this week and felt way more in the groove of tournament golf.”

Cameron Champ, who grew up in Sacramento, had a 64. He was three shots behind Li, along with Paul Casey (67). Brendon Todd, who shared the 18-hole lead with Day, settled for a 70 and joined them at 135.

Li, who primarily plays the European Tour, went back to China in March when the COVID-19 pandemic shut down golf. He returned at the Memorial and missed the cut, and then tied for 75th in a 78-man field last week in Tennessee.

“I didn't even (think) I could play like this ... got no confidence,” Li said. “Probably it helped me clear my mind a little bit.”

He's wise enough to realize the tournament is not even at the halfway point. If the lead holds, Li would be the first player from China to hold the lead after any round of a major.