Lorenzo Soria, president of the Hollywood Foreign Press Association and former editor of the Italian news weekly L’Espresso, died Friday, the association said. He was 68.

Soria died peacefully at his Los Angeles home, the association said in a statement, lauding his “generosity, passion” and sense of humor.

“He was deeply committed to the movie industry’s power to heal the world and shine a spotlight on injustice,” said the group that awards the annual Golden Globes for excellence in TV and movies. 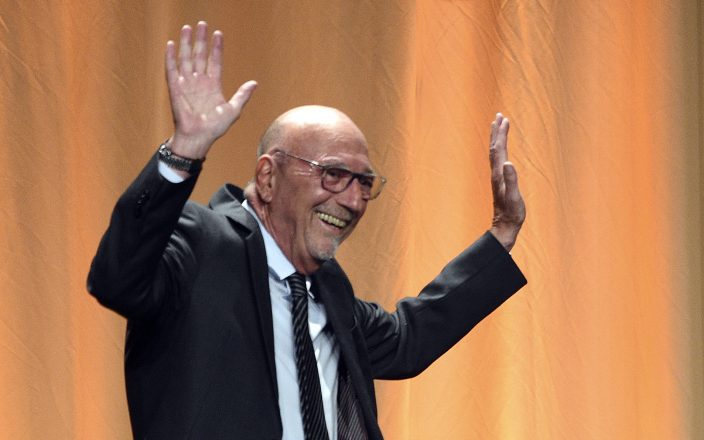 The Argentinian-born Soria grew up and worked in Italy for L'Espresso before becoming a Los Angeles resident in 1982. Continuing to write for the weekly and for the daily La Stampa, he covered a wide variety of topics including politics and technology.

But his real love was interviewing “Hollywood talent and reporting about trends and changes in the film and television industry,” the organization said.

A member of the Hollywood Foreign Press Association since 1989, he was in the administration for more than 25 years. After serving twice before as president, his current tenure began in 2019.

A memorial is planned but details weren't immediately available, said the group, which cited an unidentified Soria family member in its announcement of his death.

Heat are ailing, but insist NBA Finals vs Lakers aren&# ...

Jimmy Butler had a bandage on his ...