Trevor Bauer turned in another stellar outing, and Matt Davidson and Nick Castellanos homered to lead the Cincinnati Reds past the Milwaukee Brewers 8-3 on Friday night.

Bauer (2-0) gave up three hits and one run in six innings while striking out 12. The strong performance comes on the heels of a two-hit shutout over seven innings Sunday in the second game of a doubleheader at Detroit.

The Reds scored six runs in the second off Milwaukee starter Eric Lauer (0-1), ending a 24-inning scoring drought. Cincinnati had pushed across three runs before Davidson’s three-run homer, his first of the season, which barely cleared the wall in center field. 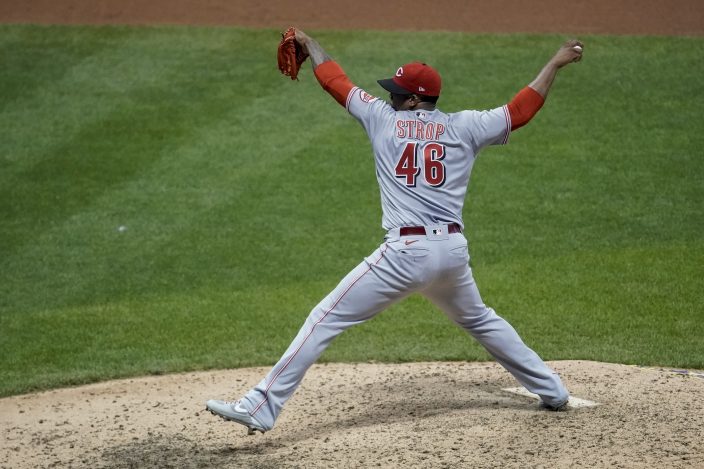 The Reds (6-8) lost 13-0 to Cleveland on Thursday night, failing to score in the last 23 innings of the home-and-home series.

Bauer fanned six of the first seven batters he faced and had 11 strikeouts through five innings. He allowed a solo homer to Logan Morrison with two outs in the fourth.

The Reds extended the lead by two runs in the sixth on Castellanos’ seventh homer of the season. 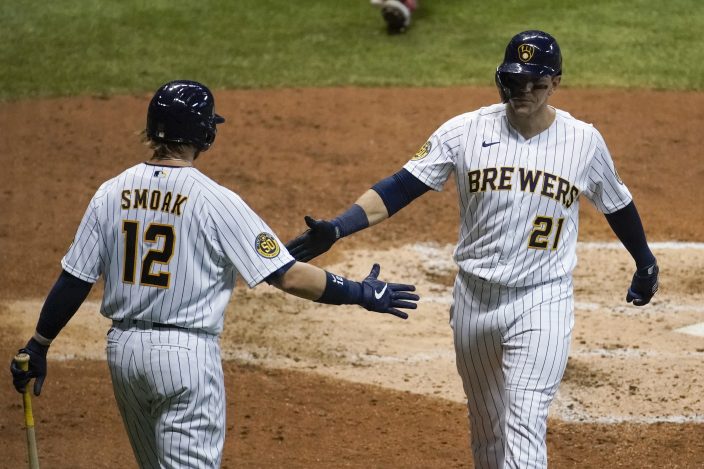 Milwaukee Brewers' Logan Morrison is congratulate by Justin Smoak (12) after hitting a home run during the fourth inning of a baseball game against the Cincinnati Reds Friday, Aug. 7, 2020, in Milwaukee. (AP PhotoMorry Gash)

Struggling Christian Yelich hit a two-run, opposite field blast in the eighth off Reds reliever Lucas Sims to cut the margin to 8-3. 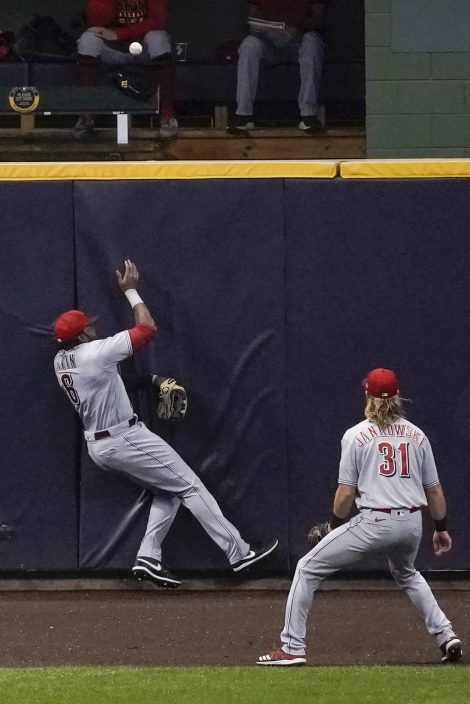 LHP Brandon Finnegan, INF Rece Hinds and OF TJ Friedl have been added to the Reds’s 60-man player pool and assigned to the alternate site in Mason, Ohio. The Reds also re-acquired non-roster OF Mark Payton from the A’s for cash.

Reds: OF Nick Senzel left in the fourth inning with left groin tightness. ... Reliever Pedro Strop exited in the eighth with an apparent leg injury. ... 2B Mike Moustakas (left quadriceps bruise) missed a third consecutive game after being injured Tuesday against Cleveland. “We’re really shooting to have him back to start a game by Tuesday,” David Bell said. ... 1B Joey Votto and SS Freddy Galvis were not in the starting lineup. Bell said both are healthy, but he cited late-night travel and the pitching matchup as the reasons for the move. In 88 career appearances at Miller Park, Votto is batting .339 with 20 home runs and 60 RBIs. 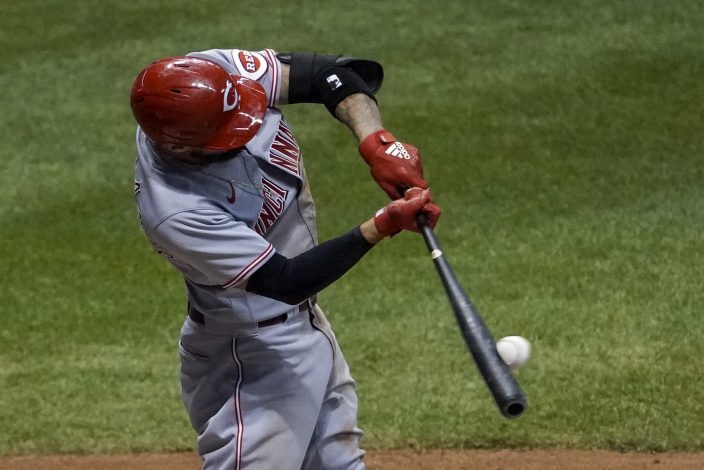 Brewers: OF Avisail Garcia sat out after being hit on the forearm by a pitch in Thursday night’s game against the White Sox. “He’s just sore,” manager Craig Counsell said. “Everything has checked out. He’s just not feeling good enough to play. I think we are fortunate, to be honest with you.” … OF/1B Ryan Braun, who is on the injured list with an infected right index finger, went through a hitting workout on Friday.

Reds: RHP Anthony DeSclafani (0-0, 0.00 ERA) will make his second start of the season. He came off the injured list to start the first game of Sunday’s doubleheader at Detroit and allowed three hits in five shutout innings. 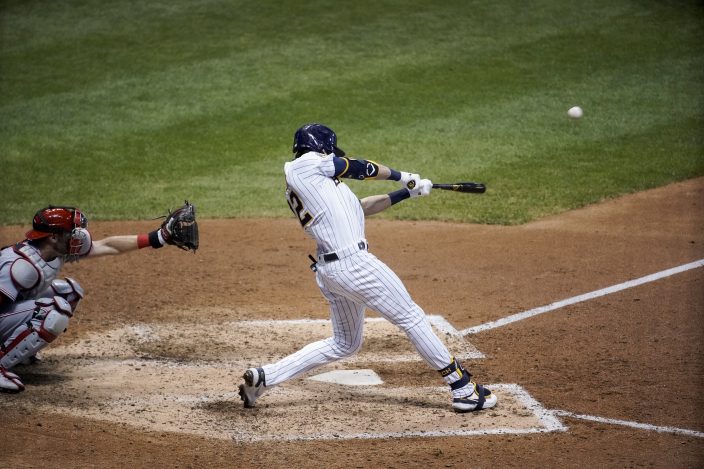 Brewers: LHP Brett Anderson (0-0, 6.00) will get his second start of the campaign. Anderson made his Brewers debut on Monday vs. the White Sox and received a no decision in a 6-4 loss. 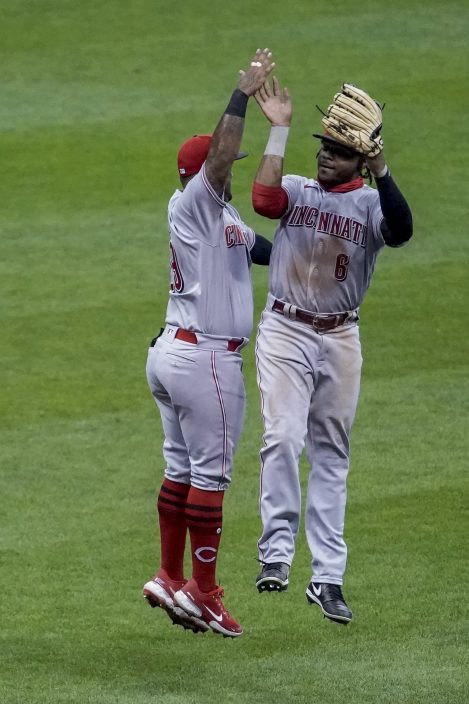