Marcus Semien singled home the winning run in the bottom of the 13th in a game that matched the longest this season with baseball's new extra-innings rule, and the AL West-leading Oakland Athletics beat the Houston Astros 3-2 on Friday night for their seventh straight win.

Alex Bregman hit an RBI double in the top of the 13th inning only for the A's to tie it on Austin Allen's single in the bottom half against Cy Sneed (0-2). J.B. Wendelken (1-0) worked three strong innings and the A's finally delivered after squandering bases-loaded chances in the 10th and 12th.

“We left some guys on base, but so did they,” A's manager Bob Melvin said. “It's a game of attrition sometimes.” 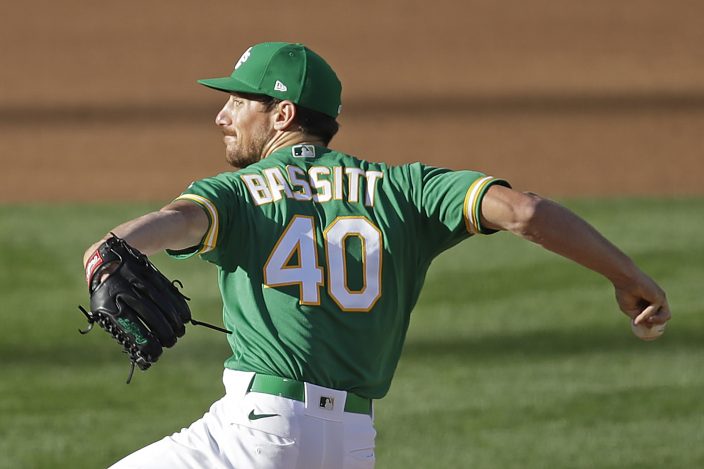 The Astros were supposed to visit Oakland months ago in late March for their first road trip of 2020 after a sign-stealing scam that blemished baseball during the offseason. Coronavirus delayed the Bay Area trip.

A plane flew over earlier Friday with a banner reading “Houston Asterisks” after the three-time reigning division champs were mired in scandal. 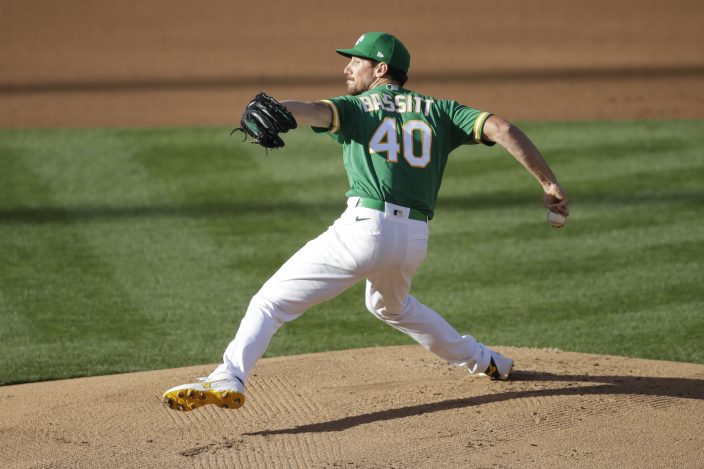 Robbie Grossman hit a tying homer in the seventh and Gold Glove third baseman Matt Chapman made a terrific stop on Jose Altuve's sharp grounder to keep the game tied in the 10th.

Kyle Tucker's double put the Astros ahead in the third. 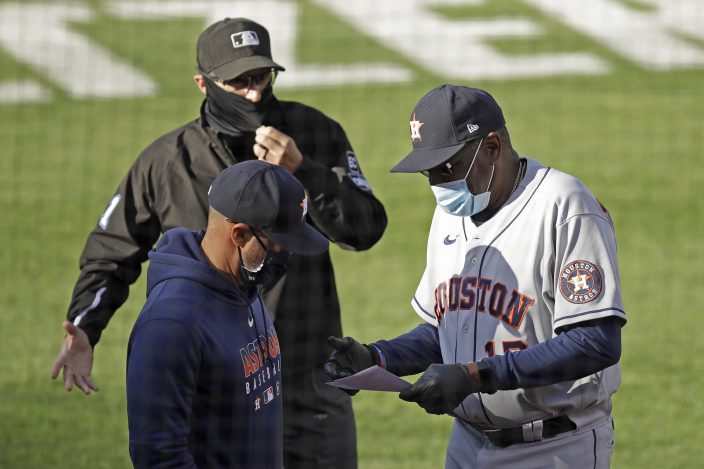 Houston Astros manager Dusty Baker Jr., right, goes over a lineup card with an umpire prior to the baseball game against the Oakland Athletics Friday, Aug. 7, 2020, in Oakland, Calif. (AP PhotoBen Margot)

Oakland wasted Chapman's one-out double in the fourth. Ramon Laureano tripled leading off the sixth and Greinke got out of that, too.

These were the top two teams in the West the past two years — with the A's having won 97 games each season only to finish second in the division before losing the wild-card game both times. Houston won a majors-best 107 games in 2019.

“If we're going to go where we want to go that's the team you have to go through in your division,” Melvin said. “I think there are a lot of teams that are probably, and rightly so, upset with them this year but you can't let that get in the way of going out there and concentrating on what you need to do to win a game. And if it gives you motivation then so be it.” 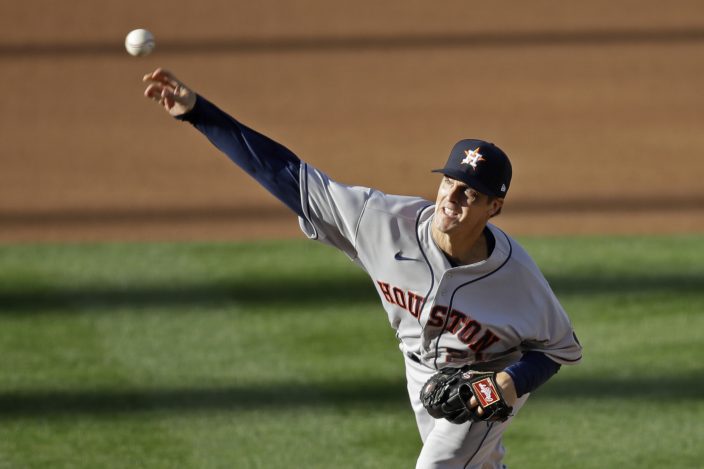 Major League Baseball was in touch with the A's about their bench coach making a gesture that appeared to be a Nazi salute following Thursday’s series finale against the Rangers.

The A’s are giving Ryan Christenson the benefit of the doubt that he intended no harm.

“Ryan Christenson is fully supported by everybody in our clubhouse and they know who he is. So do I. Obviously it didn’t look great but that was not his intent at all. I know that for a fact,” Melvin said. “He’s just not that guy."

As a player with the Giants, Melvin had Dusty Baker as a hitting coach. He not only admires Baker, he is thrilled for his latest chance at age 71.

“He's been a resource for me, he's been a father figure for me in this game as far as managing,” Melvin said. “I always look forward to seeing him. I don't necessarily enjoy managing against him because he's had such great success — what 2,000 wins and I don't know how many manager of the years — Dusty is one of the great ones and respected by everybody in the game.”

Baker feels the same way about Melvin, too. They keep in touch regularly.

“He's one of my favorite guys,” Baker said.

A’s right-hander Mike Fiers, the whistleblower in the Astros scandal when he went public with the sign-stealing scam last November to The Athletic, isn’t facing his former club. Fiers pitched Thursday’s series finale against Texas.

Astros: An MRI exam revealed CF George Springer has a sprained right wrist after he injured it diving for a ball during Thursday's loss to Arizona. “It's good news, nothing's broken,” Baker said, listing Springer as day to day. “That's a very positive sign.”

James Harden and Kevin Durant each ...