The latest on the explosion in Beirut (all times local):

French President Emmanuel Macron’s office has confirmed that an international aid conference will be organized on Sunday to support Lebanon after the deadly Beirut blast. 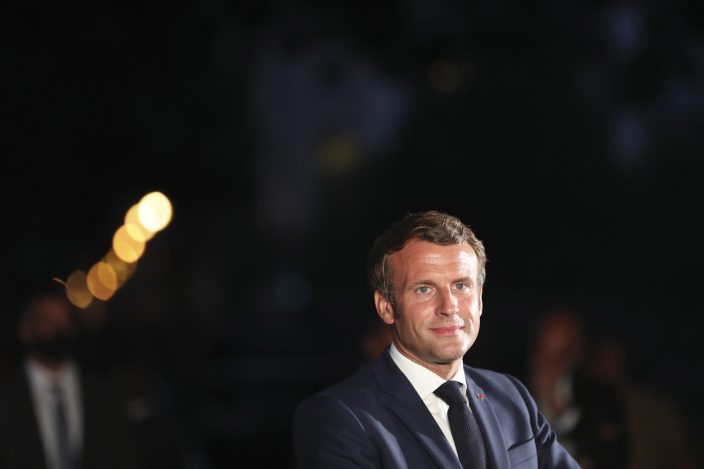 French President Emmanuel Macron appears at a news conference in Beirut, Lebanon, Thursday Aug. 6, 2020, two days after a massive explosion rocked Beirut's port. The blast, which killed more than 130 people, wounded thousands and left tens of thousands homeless, is believed to have been caused when a fire touched off a stockpile of 2,750 tons of highly explosive ammonium nitrate. Macron announced that France will organize a conference in the next few days with European, American, Middle Eastern and other donors to raise money for food, medicine, housing and other urgent aid. (AP PhotoThibault Camus, Pool)

The videoconference, scheduled on Sunday at 12:00 GMT, will be co-hosted by France and the United Nations, Macron’s office said.

U.S. President Donald Trump on Friday said that he would participate in the conference that will also include other international leaders.

Macron, who walked through the destroyed streets of Beirut during a visit to Lebanon on Thursday, promised that aid would not go into “corrupt hands” but to NGOs and the civilian population.

The French president was the first foreign leader to visit in the wake of the devastating explosion. France is the former colonial power in Lebanon.

Senior officials from the Middle East and Europe have started arriving in Lebanon in a show of solidarity with the tiny country that suffered a deadly blast this week which caused large-scale damage to the capital Beirut.

The first to arrive Saturday was Ahmed Aboul Gheit, the chief of the 22-member Arab League as well as Turkey’s vice president and foreign minister.

The visits come as the country braced for large anti-government protests amid popular anger against Lebanon’s political elite.

The country’s ruling class, made up mostly of former civil war-era leaders, is blamed for widespread corruption, incompetence and mismanagement that contributed to Tuesday’s explosion, in which 154 people were killed, more than 5,000 wounded and the country’s largest port and nearby areas were destroyed.

he devastating blast was triggered by thousands of tons of ammonium nitrate stored at the port which was apparently set off by a fire.

The San Diego Padres are returning ...

The Latest: International aid heads to Beirut after blast