All-Star Ben Simmons will have surgery on his left knee, a big blow for the Philadelphia 76ers and their hopes of making a deep run in this season’s playoffs.

The 76ers announced Saturday that Simmons will be leaving the NBA’s season-restart bubble at Walt Disney World. There was no immediate timeframe for his return, and it’s likely that no firm timetable on his recovery will be set until after the surgery.

Simmons left Philadelphia’s game against Washington on Wednesday midway through the third quarter because of injury, officially diagnosed as a subluxation of the left patella. A subluxation is a partial and temporary dislocation; the patella is the kneecap. 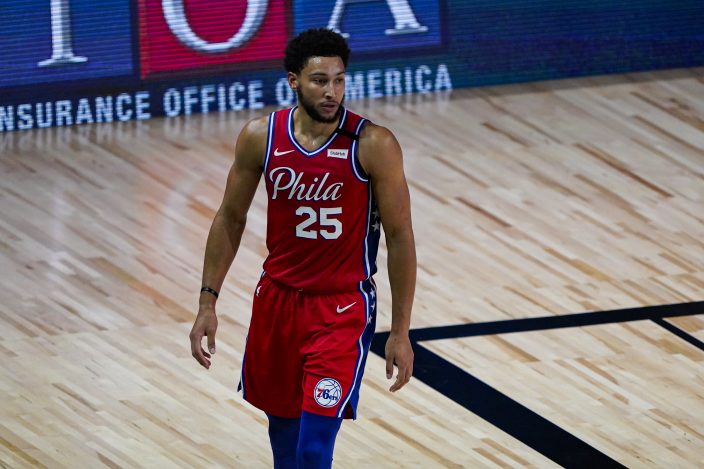 Philadelphia 76ers guard Ben Simmons (25) walks up the court during the first half of an NBA basketball game against the Washington Wizards Wednesday, Aug. 5, 2020 in Lake Buena Vista, Fla. (AP PhotoAshley Landis)

Tests performed since revealed a loose body inside the knee, which led to the decision for surgery.

“After consultation with the 76ers medical staff and several specialists, Ben Simmons will undergo surgery in the coming days to remove a loose body in his left knee,” the 76ers said on Saturday in a team release. “The loose body resulted from a left patella subluxation he suffered in Wednesday’s game against Washington.”

Losing Simmons is the latest issue for a franchise that has endured many tough breaks in recent years on the injury front. The 76ers went 47-199 in coach Brett Brown’s first three seasons — the start of the infamous “Trust The Process” era — then improved to 28-54 in 2016-17 and have become one of the Eastern Conference’s top clubs in the three seasons since. 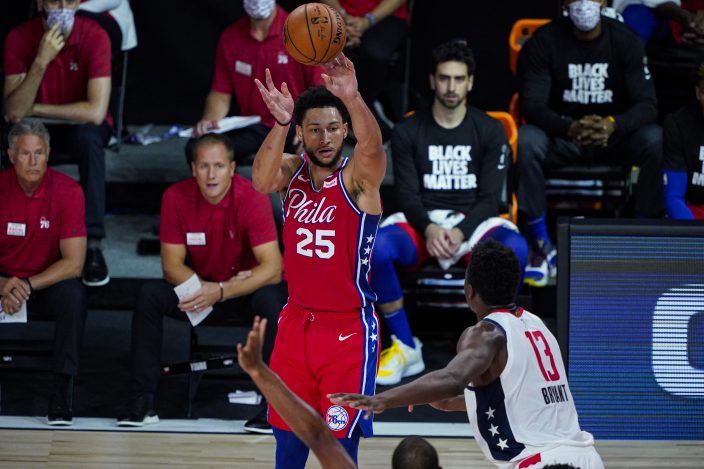 Simmons is averaging 16.4 points, 8.0 assists and 7.8 rebounds this season, and his 35.4 minutes per game leads the 76ers. The 76ers have clinched a playoff spot and cannot fall lower than sixth in the Eastern Conference, no matter what happens in the remainder of the seeding games.