A dispute that erupted into gun fire at an apparent outdoor party in Washington, D.C., early Sunday left one person dead and some 20 others injured, including an off-duty officers “struggling for her life,” according to police.

A 17-year-old male died in the shooting that occurred after midnight in a southeast side neighborhood where people had gathered for music and food, Peter Newsham, the chief of the Metropolitan Police Department, told reporters.

“There was some kind of a dispute,” Newsham said. “Multiple weapons were produced.” He said a motive for the shooting wasn’t clear. 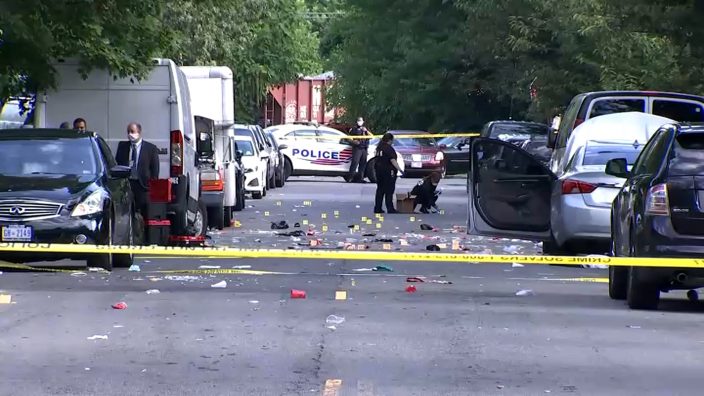 In this image from video provided by NBC4 Washington, law enforcement work the scene of a shooting, Sunday, Aug. 9, 2020, in Southeast Washington. (NBC4 Washington via AP)

The off-duty officer was taken by fellow officers to a local hospital, Newsham said.

“She’s struggling for her life right now,” he said. He added that “the rest of the gunshot wounds, as far as we know, are non-life-threatening.”

No arrests were immediately announced. 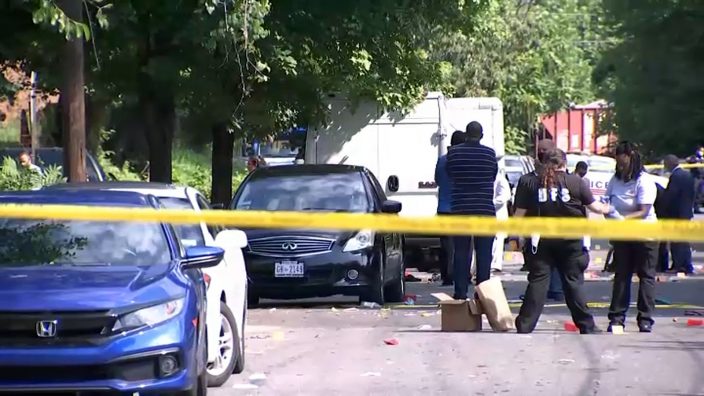 In this image from video provided by NBC4 Washington, law enforcement work the scene of a shooting, Sunday, Aug. 9, 2020, in Southeast Washington. (NBC4 Washington via AP)

There may have been hundreds of attendees at the gathering despite city restrictions during the coronavirus pandemic on such large gatherings, Newsham said.

Nelson Bostic, a resident in the area, told WTOP the gathering appeared to be a birthday party. After the burst of gunfire, he said he saw “people laying on the ground” and “ducking under cars.”

“It was terrible,” he said.

Egyptian, Mexican, Moldovan exit in race for top post a ...