NEW DELHI — India has registered a record 1,007 fatalities in the past 24 hours as fresh coronavirus infections surged by another 62,064 cases.

The Health Ministry says the total fatalities touched 44,386 on Monday.

The number of positive cases reported so far are 2,215,074. At least 634,935 patients were still undergoing treatment. 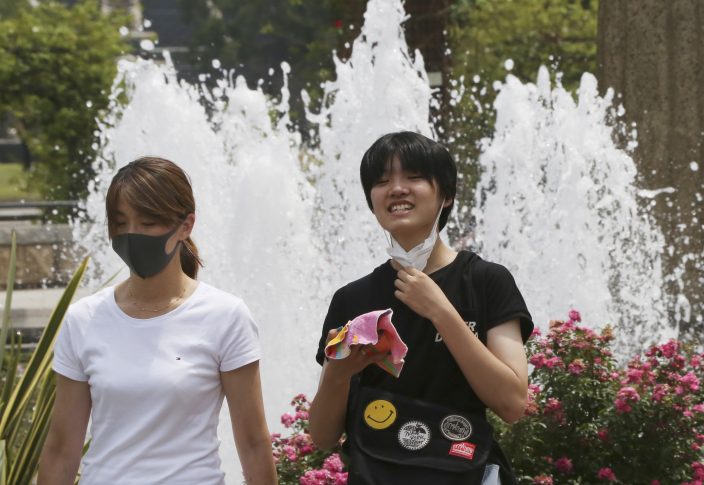 People wearing face masks to protect against the spread of the new coronavirus walk at park in Yokohama near Tokyo, Monday, Aug, 10, 2020. (AP PhotoKoji Sasahara)

India has recorded more than 60,000 cases of the virus daily in the last four days and more infections than any other country in the world for six consecutive days. It has averaged around 50,000 new cases a day since mid-June.

Infections in India remain concentrated in 10 states that contribute nearly 80% of the new cases.

India has the third-highest caseload in the world after the United States and Brazil. It has the fifth-most deaths but its fatality rate of about 2% is far lower than the top two hardest-hit countries. 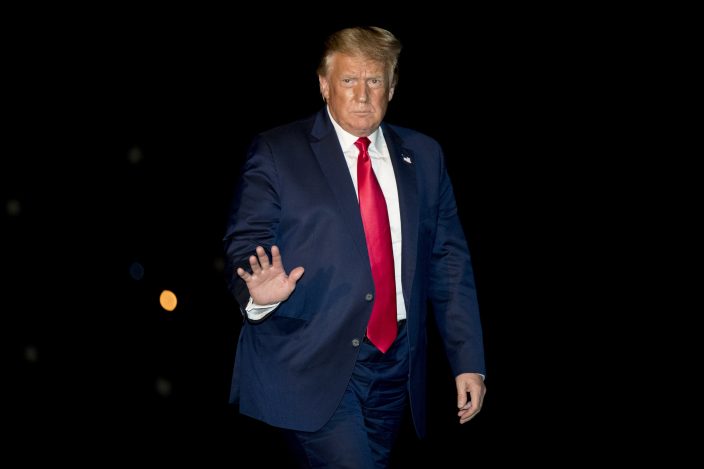 President Donald Trump waves to members of the media as he walks across the South Lawn as he arrives at the White House in Washington, late Sunday, Aug. 9, 2020, after returning from Morristown, N.J. (AP PhotoAndrew Harnik)

— Extreme poverty rises; a generation sees a future slip away

— States on hook for billions under Trump’s unemployment plan 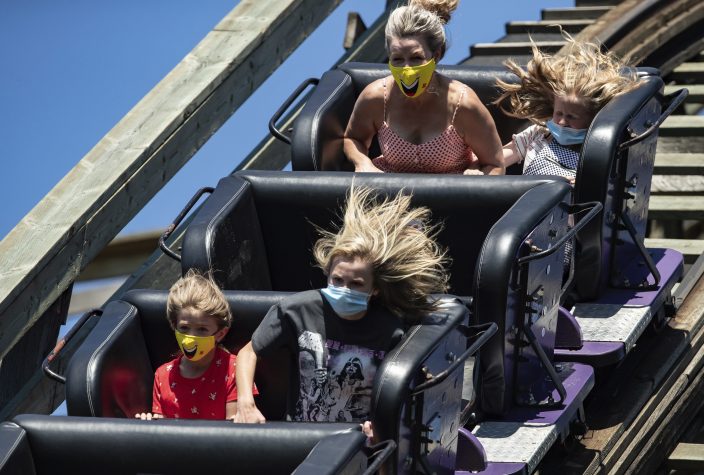 People wear face masks while riding the wooden roller coaster at Playland amusement park at the Pacific National Exhibition, in Vancouver, British Columbia, Sunday, Aug. 9, 2020. The roller coaster and other rides are operating at a reduced capacity due to the coronavirus pandemic. Guests are required to wear face masks or coverings while waiting in lines and while on rides and the park is closed for an hour each afternoon for sanitization. (Darryl DyckThe Canadian Press via AP)

— No parties, no trips: Colleges set COVID-19 rules for fall

The government decision says state-run schools and government-approved private schools were to reopen in stages.

The arrangement will continue until Oct. 9 when the school holiday is expected to start.

Schools were shut in mid-March when Sri Lanka detected its first COVID-19 patient, but health authorities say the outbreak has been under control in the Indian Ocean island nation.

Sri Lanka health officials say they have prevented community spread of the virus and current patients are tied to two known clusters.

The country has reported 2,841 patients with 11 deaths.

BEIJING — New locally transmitted cases of coronavirus in China fell to just 14 over the past 24 hours, the National Health Commission reported Monday. The low figure was offset, however, by 35 cases brought into the country by Chinese travelers from overseas.

All the cases of local transmission were in the northwestern region of Xinjiang, whose main city Urumqi is the center of China’s latest outbreak. Tightened restrictions on travel, widespread testing and a lockdown on some residential communities appear to have been effective in bringing down numbers of new infections in Urumqi, while a separate outbreak in the northeastern city of Dalian seems to have run its course.

Chinese hospitals are currently treating 802 people for COVID-19, 41 of them in serious condition, while another 290 people are under observation while being isolated for showing signs of having the virus or for testing positive without displaying symptoms. China has reported a total of 4,634 fatalities from the disease among 84,668 cases.

Hong Kong reported another 72 cases and five deaths as it continues to battle a new wave of infections with tightened rules on indoor dining and obligatory mask wearing in public settings. The semi-autonomous southern Chinese city has reported 52 deaths among 4,079 total cases.

SYDNEY — Australia has reported fewer new daily cases from its virus hotspot in the city of Melbourne than on any single day since last month. But it has also reported the nation’s highest daily death total since the virus outbreak began.

The state of Victoria reported 322 new infections and 19 new deaths on Monday, with 14 of the deaths connected to outbreaks at aged care facilities. Australian Prime Minister Scott Morrison said he was more hopeful now that cases are stabilizing in Victoria than he has been at any time over the past week.

But state premier Daniel Andrews cautioned that not too much could be read into a single day’s worth of data, and that some of the state’s most stringent lockdown measures had only come into effect at midnight Sunday.

The number of new cases was the lowest recorded in Victoria since July 29. The figures did not include new infections and deaths from other Australian states, although Victoria has been accounting for the vast majority of both in recent weeks. Since the outbreak began, Australia has reported more than 21,000 infections and more than 300 deaths.

In a state where Confederate monum ...