There was always going to be an Indianapolis 500 this year —with full attendance, limited attendance or, where Indianapolis Motor Speedway finally landed, with no fans at all.

The race is simply too important to become yet another 2020 cancellation, even if it means closing the gates for the first time in 104 years.

The garages open Wednesday for the “Greatest Spectacle in Racing,” an event long woven into the nation's fabric as a Memorial Day weekend celebration. There have been only two pauses in race history, during World War I in 1917 and 1918, then from 1942-45 during World War II. 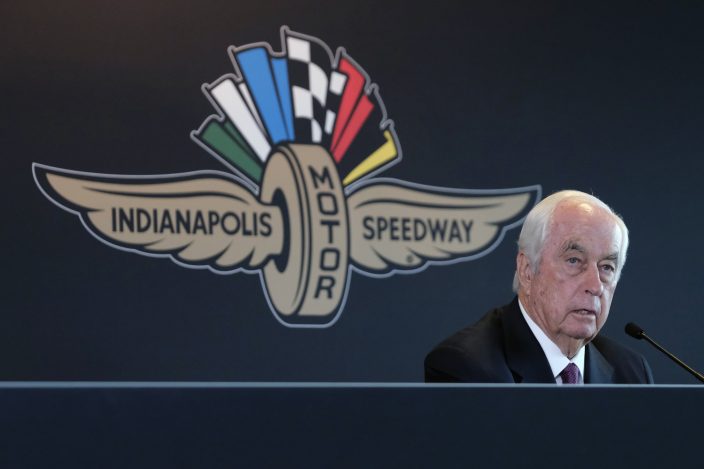 FILE - In this Monday, Nov. 4, 2019, file photo, Penske Corporation Chairman Roger Penske responds to a question during a press conference at Indianapolis Motor Speedway in Indianapolis. There was always going to be an Indianapolis 500 this year, be it with full fans, limited fans or, where Indianapolis Motor Speedway finally landed, with no fans at all. Roger Penske has been determined for this staple of American sporting events to go on and the track will open Wednesday, Aug. 12 for activity. (AP PhotoAJ Mast, File)

The pandemic pushed the race off its traditional date to Aug. 23, and new owner Roger Penske and the speedway staff will do their very best to honor the tradition of the treasured event.

Penske earlier said he would pull the plug on the race if fans could not attend, and he tried, all the way until last week, to open the gates to his new showplace. There was an 88-page plan along with confidence the Indy 500 could safely socially distance 25% attendance at the sprawling speedway with more than 250,000 seats.

Ultimately, the coronavirus was deemed too dangerous for Penske to expose himself, the speedway or the community that has supported the Indy 500 since 1911. 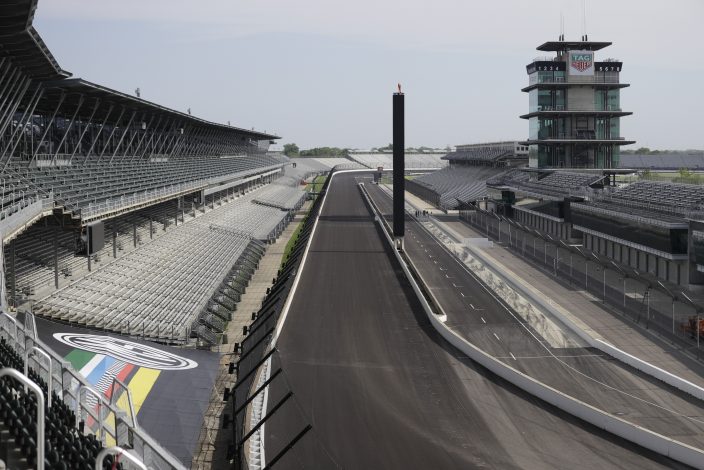 The race itself? It is critical to the survival of IndyCar beyond being a a source of pride for the state of Indiana.

“There was no way we were not going to run the race. That was never going to be an option,” Penske said.

When he said he wouldn't hold the race without spectators, the pandemic looked different in Indiana and surrounding Marion County. 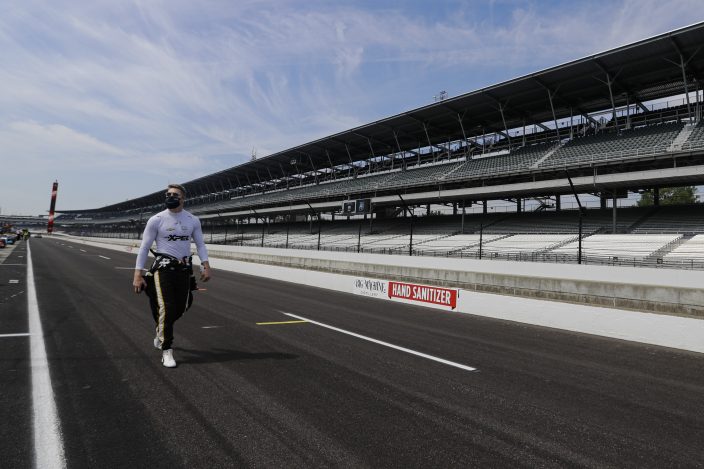 FILE - In this July 30, 2020, file photo, race driver Josef Newgarden walks through the pit area before the start of practice for an IndyCar auto race at Indianapolis Motor Speedway in Indianapolis. There was always going to be an Indianapolis 500 this year, be it with full fans, limited fans or, where Indianapolis Motor Speedway finally landed, with no fans at all. Roger Penske has been determined for this staple of American sporting events to go on and the track will open Wednesday, Aug. 12 for activity. (AP PhotoDarron Cummings)

The financial numbers have got to be horrific for Penske, who in January bought IMS from the Hulman-George family that had owned the national landmark since 1945. Penske's businesses are private companies, so whatever losses he's taken are not public. It's believed he paid about $300 million for the speedway, the IndyCar Series and the Indy 500, and he's spent another $15 million on capital improvements.

He's cut the purse in half for the Indy 500, a reversal from February when he pledged an additional $2 million to make a $15 million pot. Penske is undoubtedly bleeding money from the purchase, which makes him responsible for both the race and with helping IndyCar team owners survive.

The Indy 500 is certain to be a massive money loser for Penske, who remains pragmatic about the losses.

“This isn’t a 2020 investment and then we are getting out. Our family can own this for the next 75 years," Penske said. "The financial impact is what it is. I’ve worked hard to build a company that’s got a solid base and that’s why we bought the track. There are always speed bumps you deal with in business and this is one that is unexpected, but all four wheels are still on the car.”

Plans call for as normal an Indy 500 as possible. Both the national anthem and “Back Home Again in Indiana” will be live, and a flyover is in the works.

Penske hasn't said who will give the command to start the engines, an honor traditionallly held by either the late Tony Hulman or "the family" since 1946, the first Indy 500 held after Hulman rescued a speedway abandoned during the war.

Alas, there will be no pre-race balloon release, and the cannon blast inside the speedway will not go off at 6 a.m., a longtime tradition to signify race day has finally arrived. The Purdue marching band didn't make the cut as essential personnel, the infield Snake Pit is closed and Carb Day has been stripped down to just a single practice session. The parade through downtown Indianapolis has also been canceled.

The central Indiana television blackout has been lifted for just the third time. The blackout has always been a nudge for the community to attend the race; this year, the speedway needs fans to stay home.

The driver introductions will still be done for the NBC Sports broadcast and the network still plans to present a full, pre-race show. Traditional elements such of the Color Guard, including the rifle salute, playing of “Taps” and a military tribute are planned.

There are 33 driver confirmations so at this point no "Bump Day" dramatics are expected. There isn't cash during a pandemic for teams to field additional entries and drivers on the open market can't find the funding to buy a ride.

Fernando Alonso, the two-time Formula One champion w ho missed the race last year in a botched effort by McLaren, completed his deal to try again before the pandemic. Same with three-time Indy 500 winner Helio Castroneves, who has a deal with Penske, and former winner Tony Kanaan, who isn't racing full-time this year and is hopeful the Indy 500 will remain on his schedule in 2021 as he moves toward semi-retirement.

Had those drivers not closed deals to race this year before the pandemic, three of the biggest names in the Indy 500 could have been sidelined by funding issues. Pippa Mann couldn't secure financing and the Indy 500 won't have a female driver in the field for the first time since 1999.

At least there will be a race.

“I just can’t wait to be there to see the cars get on the track, having the chance to see them coming down the straightaway at 200-plus mph, it will be a dream come true for me,” said Penske. “I can't wait to see the smiles when the track opens. Well, I won't see the smiles under the masks, but I know everyone will be smiling to be here.”