Lewis put the Mariners up 4-2 with his fourth homer, a three-run shot to center field in the fifth off Kyle Gibson (0-2). Seager cleared the bases an inning later with a high-arching drive that dropped near the first row of seats a few feet beyond the right-field wall for his fifth career slam.

Moore already had a pair of RBI singles before his solo homer in the seventh. 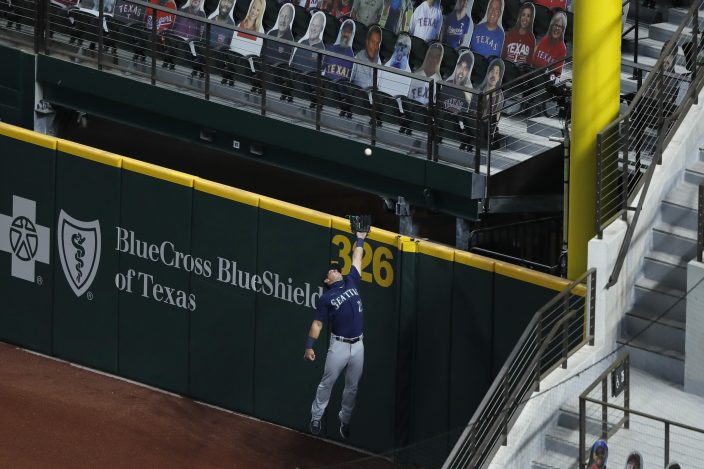 Justin Dunn (1-1) limited Texas to two runs over six innings for his first big league victory. He had gone only seven innings combined his first two starts this season after pitching in four games at the end of last season in his MLB debut.

With the retractable roof opened at Globe Life Field during a game for the first time, the Mariners' three homers were only one fewer than opponents had hit overall in the first eight games there. Their 10 runs were the most by any team — only twice before had both teams even combined for 10 runs in a game. Texas has five homers at home.

Gibson allowed four runs and nine hits in 4 1/3 innings. He struck out two and walked one. 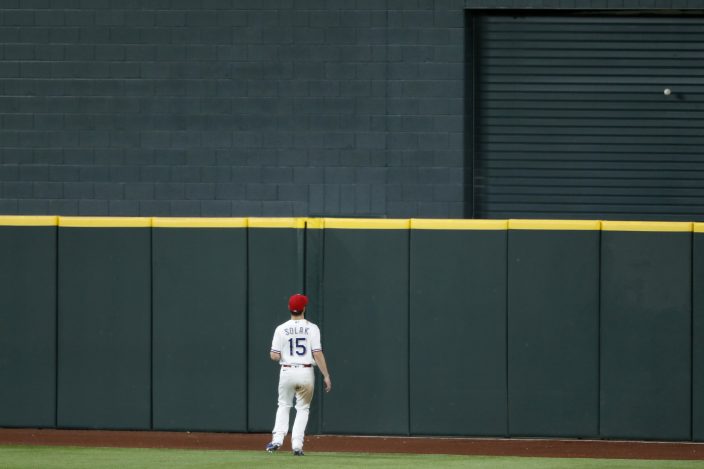 Willie Calhoun drove in both runs for Texas, which was coming off a three-game weekend sweep at home over the Los Angeles Angels.

Calhoun had an RBI triple in the first and a sacrifice fly in the third that made it 2-1. The triple ricocheted hard off the wall in the right-field corner back toward the infield, and might have been an inside-the-park homer if Calhoun hadn't initially jogged out of the batter's box while watching the ball.

ON THE ROAD AGAIN 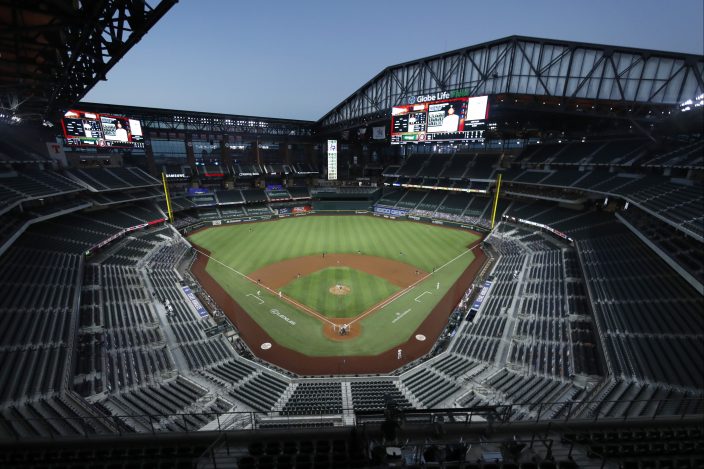 Lewis has hits in 13 consecutive road games, dating to last season, including multiple hits in the last six. He is hitting .442 (23 for 52) during the streak.

Mariners: Right-handed reliever Carl Jackson Jr. (right forearm strain) was put on the 10-day injured list. Edwards hasn’t pitched since Wednesday, when in his only back-to-back appearance this season he got his first save since 2016 as a rookie with the Chicago Cubs. 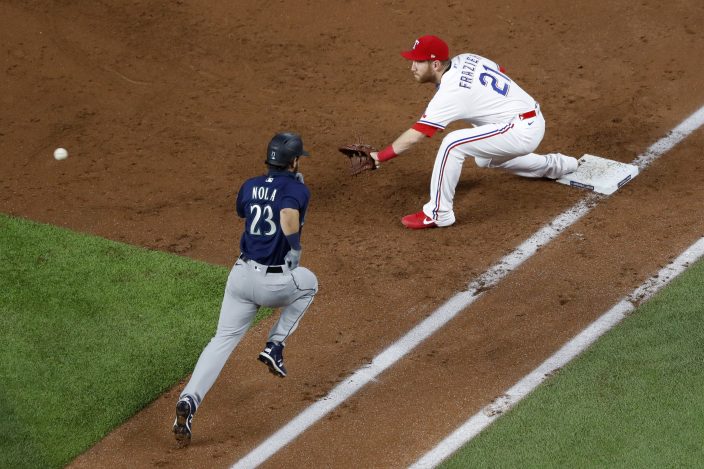 Texas: RHP Nick Goody, out the last three games with back stiffness, came on to get the final out in the ninth after the Mariners had loaded the bases. 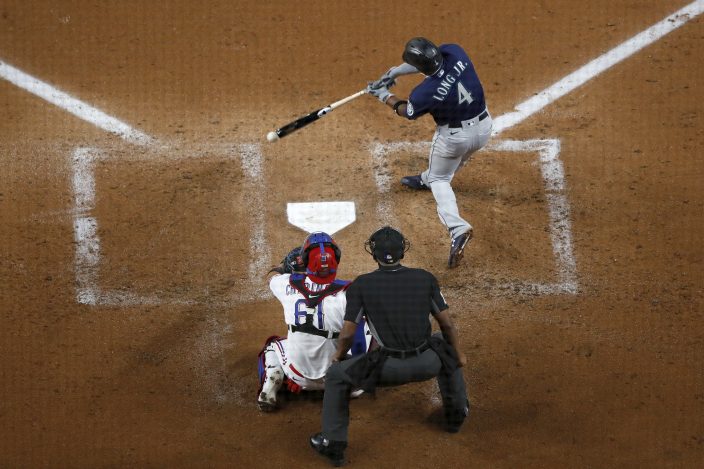 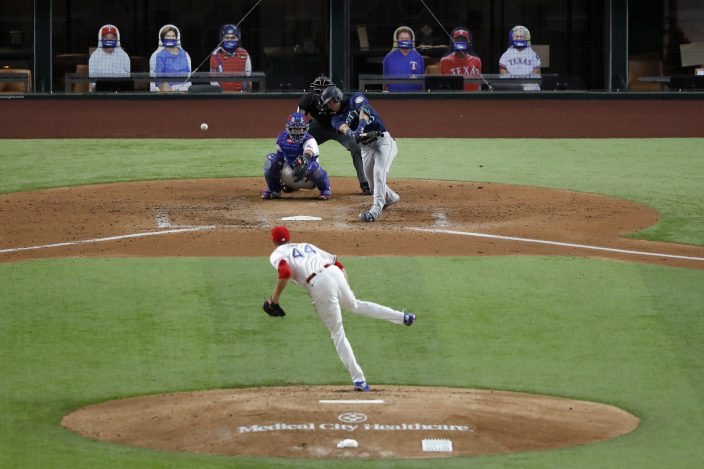 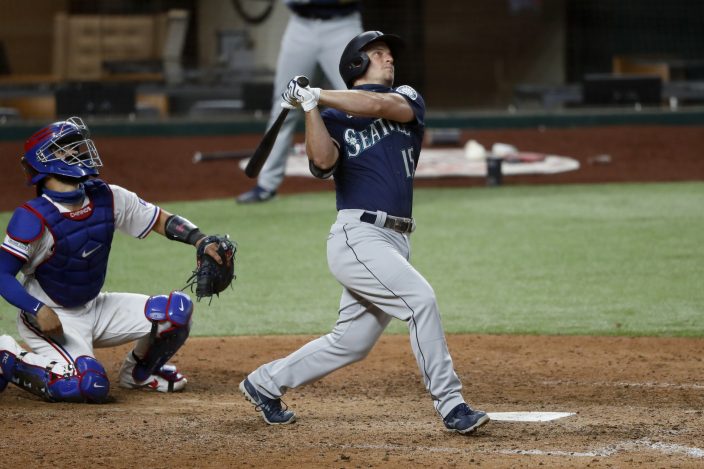 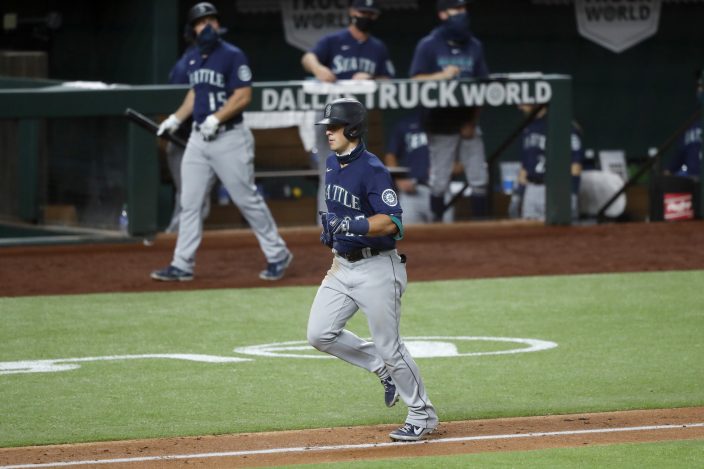 Seattle Mariners shortstop Dylan Moore runs home past the dugout after hitting a solo home run against the Texas Rangers in the seventh inning of a baseball game in Arlington, Texas, Monday, Aug. 10, 2020. (AP PhotoTony Gutierrez)