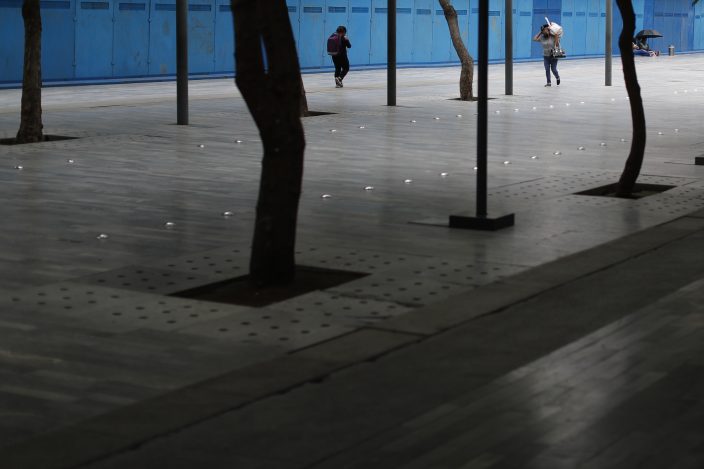 VIRUS-OUTBREAK-NURSING-HOME-NUMBERS — New York’s coronavirus death toll in nursing homes, already among the highest in the nation, could actually be a significant undercount. Unlike every other state with major outbreaks, New York only counts residents who died on nursing home property and not those who died in hospitals. That statistic could add thousands to the state’s official care home death toll of just over 6,600. By Bernard Condon, Matt Sedensky and Meghan Hoyer. SENT: 1,230 words, photos.

VIRUS-OUTBREAK-SOUTH-AFRICA-HIV — Across Africa and around the world, the COVID-19 pandemic has disrupted the supply of antiretroviral drugs to many of the more than 24 million people who take them, endangering their lives. By Bram Janssen and Andrew Meldrum. SENT: 1,020 words, photos, video.

VIRUS OUTBREAK-GLOBAL — The number of confirmed coronavirus cases worldwide tops 20 million, more than half of them from the U.S., India and Brazil. Health officials believe the actual number is much higher than that tally kept by Johns Hopkins University, given testing limitations and the fact that as many as 40% of those who are infected have no symptoms. By Elaine Kurtenbach and Mark Stevenson. SENT: 890 words, photos. With VIRUS OUTBREAK-ASIA — India adds 53,000 new cases, Melbourne steadies; VIRUS-OUTBREAK-THE-LATEST.

TRUMP-MORE TRUMP-ANALYSIS — President Donald Trump has a ready solution for almost any crisis: more Donald Trump. In his 2016 convention speech he declared “I alone can fix it,” and the president has repeatedly put himself forth as the answer, injecting himself into controversies and refusing to cede the spotlight. By Jonathan Lemire. SENT: 1,050 words, photos.

ELECTION 2020-STATE ELECTION AID — Congress’ failure so far to pass another round of coronavirus aid leaves state and local officials on their own to deal with the soaring costs of holding a presidential election amid a deadly pandemic. That could leave them scrambling to solve problems that surfaced during the primary season in time for November’s election. By Christina A. Cassidy. SENT: 640 words, photos.

ELECTION 2020-POLL MONITORS — The Republican Party heads into its first presidential contest this November free from decades-old legal constraints on the use of volunteers to monitor the polls on Election Day. It’s a boon for a party that has consistently raised the specter of voting fraud, but it’s also a concern for Democrats and voting rights groups. By Eric Tucker and Nicholas Riccardi. SENT: 1,160 words, photo.

RACIAL INJUSTICE-SEATTLE — Seattle’s police chief says she is stepping down, a move made public the same day the City Council approved reducing the department by as many as 100 officers through layoffs and attrition. By Lisa Baumann. SENT: 660 words, photos.

RACIAL-INJUSTICE-PORTLAND — The arrest during protests in Portland, Oregon, of a Black woman who became a leading activist in the racial justice movement after she was assaulted by a white supremacist three years ago has galvanized local and national Black Lives Matter groups. By Gillian Flaccus. SENT: 530 words, photos.

VIRUS OUTBREAK-CONGRESS — House Speaker Nancy Pelosi and other Democrats are holding firm in their negotiations with the White House over coronavirus relief. By Congressional Correspondent Lisa Mascaro. SENT: 890 words, photos.

VIRUS-OUTBREAK-VIRAL-QUESTIONS-PUBLIC-TRANSIT — Is it safe to ride public transit during the coronavirus pandemic? It depends on a variety of factors, but there are ways to minimize risk. SENT: 290 words, photo.

ELECTION 2020-MINNESOTA — Rep. Ilhan Omar is about to learn whether voters in her Minneapolis-area congressional district support the mix of confrontational, anti-Trump progressivism and celebrity that she brings to the job. SENT: 600 words, photos.

ELECTION-2020-GEORGIA-14TH — A woman who’s been blasted for racist videos and adamant support for the QAnon conspiracy theory faces a neurosurgeon who campaigned on his experience to improve the health care system in Tuesday’s Republican primary runoff for an open U.S. House seat representing northwest Georgia. SENT: 440 words, photos.

BELARUS-ELECTION — The Lithuanian foreign minister says that the leading opposition candidate in Belarus’ presidential election has fled her country and is now “safe” in Lithuania. SENT: 220 words, photos.

US-TAIWAN — Taiwan sent COVID-19 assistance to foreign countries surreptitiously to avoid protests from China, its foreign minister says during a meeting with the highest-level American official to visit the island in four decades. SENT: 480 words, photos.

FINANCIAL MARKETS — Shares advanced in Asia, extending another rally that took the S&P 500 to within striking distance of its all-time high set in February. By Business Writer Elaine Kurtenbach. SENT: 670 words, photos.

BRITAIN-ECONOMY — The number of people in employment in the U.K. fell by 220,000 in the three months after the country was put into lockdown as a result of the coronavirus pandemic, official figures show. SENT: 420 words.

1988 SEOUL GAMES-PARK VS JONES — The last South Korean boxer to win an Olympic gold has spent the past 32 years wishing it was a silver. SENT: 1,250 words, photos.

JOLIE-PITT-DIVORCE — Angelina Jolie asks that the private judge overseeing her divorce from Brad Pitt be disqualified from the case because of insufficient disclosures of his business relationships with one of Pitt’s attorneys. By Entertainment Writer Andrew Dalton. SENT: 490 words, photo.