In a race against tides and time, workers pumped tons of fuel on Tuesday from a Japanese bulk carrier ship grounded in the shallow waters of Mauritius to try to prevent a renewed oil spill from further fouling the island's eastern lagoons and shore.

The Japanese ship, MV Wakashio, ran aground on a coral reef about a mile off Mauritius on July 25, and prolonged pounding by heavy surf caused the vessel to crack about two weeks later. It spilled an estimated 1,000 tons of oil — about a quarter of the ship's total cargo — into the Indian Ocean, polluting the island's once pristine coastline.

Although the oil leak was stopped, the ship's hull was continuing to crack, prompting fears that the remaining fuel would gush into the sea. 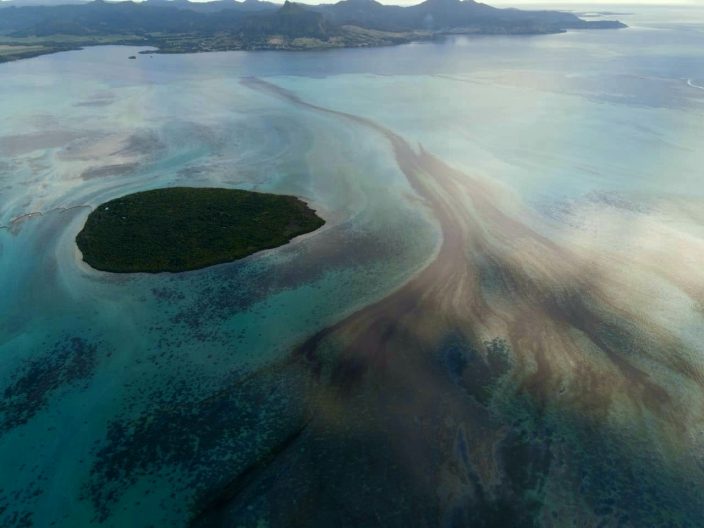 This photo provided by the Mauritian Wildlife Foundation Ministry shows oil leaking from the MV Wakashio, a bulk carrier ship that recently ran aground off the southeast coast of Mauritius, Monday Aug. 10, 2020. The Indian Ocean island of Mauritius has declared a "state of environmental emergency" after the Japanese-owned ship that ran aground offshore days ago began spilling tons of fuel. (Nik ColeMauritian Wildlife Foundation via AP)

By Tuesday, about 1,000 tons of the fuel had been pumped out of the stranded ship into small tankers nearby, according to a statement from the Wakashio's owner, Nagashiki Shipping. About 1,800 tons of fuel remained on the ship by midday and with efforts continuing, some experts expressed hope that all the fuel could be emptied from the ship before it breaks up.

“The situation is very tight. The pumping is continuing non-stop,” said Sunil Dowarkasing, an environmental consultant and former member of parliament who was at the scene. “If all the oil can be successfully removed from the ship that would prevent any increase in the destruction, which is already an environmental disaster.”

The ship's owners confirmed that the cracks inside the ship's hull had expanded. “The situation is being continuously monitored by a professional team of salvors," said the statement. "Since this ship is unable to navigate by itself, a tow connection has been established between a tug and the Wakashio, in order to secure the vessel so that it will not drift.” 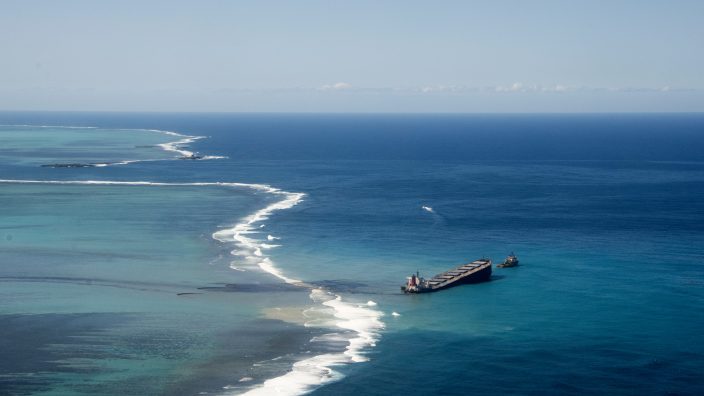 This photo provided by the French Army shows oil leaking from the MV Wakashio, a bulk carrier ship that ran aground off the southeast coast of Mauritius, Tuesday Aug.11, 2020. Thousands of students, environmental activists and residents of Mauritius were working around the clock trying to reduce the damage to the Indian Ocean island from an oil spill after a tanker ran aground on a coral reef. An estimated 1 ton of oil from the Japanese ship's cargo of 4 tons has already escaped into the sea, officials said. (Gwendoline Defente, EMAE via AP)

Of the 1,000 tons of oil that seeped from the ship, about 460 tons had been scooped out of the ocean, said the statement.

Mauritius Prime Minister Pravind Jugnauth said his government is working with the ship's owners to try to prevent any further spillage. He thanked the thousands of volunteers who are working to contain the spread of the oil and to begin cleaning the shores.

A team of French experts is assisting the efforts. France sent a navy ship, military aircraft and technical advisers after Mauritius appealed for international help Friday. 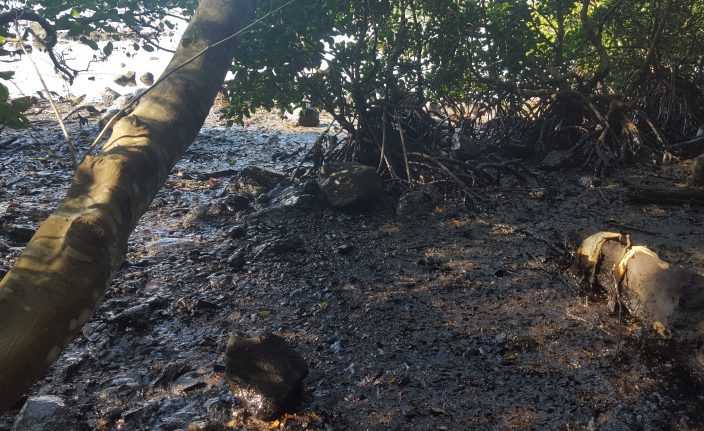 This photo taken and provided by Sophie Seneque, shows debris in Riviere des Creoles, Mauritius, Sunday Aug. 9, 2020, after it leaked from the MV Wakashio, a bulk carrier ship that recently ran aground off the southeast coast of Mauritius. Thousands of students, environmental activists and residents of Mauritius are working around the clock to reduce the damage done to the Indian Ocean island from an oil spill after a ship ran aground on a coral reef. Shipping officials said an estimated 1 ton of oil from the Japanese ship’s cargo of 4 tons has escaped into the sea. Workers were trying to stop more oil from leaking, but with high winds and rough seas on Sunday there were reports of new cracks in the ship's hull. (Sophie Seneque via AP)

The ship ran aground on July 25 but work to remove the oil it was carrying only started last week when the hull cracked and started emptying the fuel into the sea, according to Dowarkasing.

Jugnauth's government is under pressure to explain why it did not take immediate action to avert the environmental disaster. Jugnauth has declared the oil spill a national emergency, but some residents say he acted too late.

The opposition and activists are calling for the resignation of the environment and fisheries ministers.